You Get the Point? 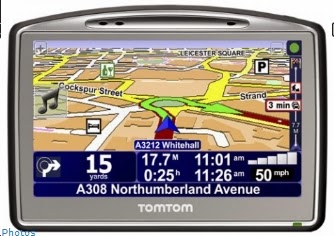 Yep; she wanted a SatNav! (It's a long and tortuous route from fbb mansions to Tesco!) Unfrotunately, fbb had already set in motion the purchase of a new mobile phone as the spring in Mrs fbb's current model is getting very weak and she keeps losing the winding key.

fbb was confessing this dichotomy in wants and provision to No. 3 son who responded in his usual sympathetic and supportive filial way. "You're an idiot, dad," he sneered, "You've got a SatNav on your phone and Mum has one on her new phone."

And by way of demonstration, No. 3 son set up the route from Seaton to family in Wantage for the fbbs to try. The phone, in the guise of Google Maps, offered three possibilities of which fbb hose their usual via A303 and A34.

The voice on the phone was promptly christened Gorgeous Gussie

Gussie Moran's outfit for Wimbledon 1949, a short tennis dress with ruffled, lace-trimmed knickers, was short enough for her knickers to be visible during the match, a first for any tournament. 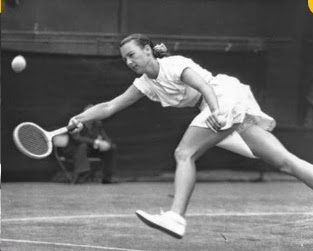 Her outfit drew considerable attention; reporters covering the event began calling her "Gorgeous Gussie", and photographers fought for positions where they could get low shots of Moran, with the hope of glimpsing the lace. The event scandalized Wimbledon officials, prompting a debate in Parliament. Moran, who was accused of bringing 'vulgarity and sin into tennis' by the committee of the All England Lawn Tennis and Croquet Club, later reverted to wearing shorts.

Gorgeous Gussie did very well indeed until the junction from the A303 to the A34. 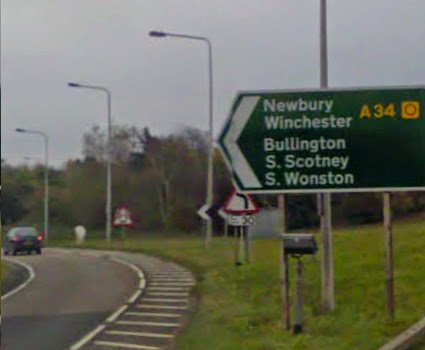 Here she told us to take the road signposted Newbury (etc.) and South Scotney. WRONG! It is Sutton Scotney. Tut tut, Gussie.

All continued well until the fbb's sought to take a PNB at Tot Hill services near Newbury. 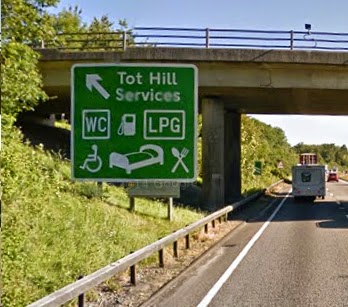 Gussie did not like that one little bit. She kept telling the fbb's to turn around and rejoin the A34. She simply would not shut up about it!

Google SatNav had provided an electronic route via A34, Harwell Nuclear thingey and A417. But the chubby blogger did not want to go that way. He habitually leaves the A34 at its junction with the A4 ... 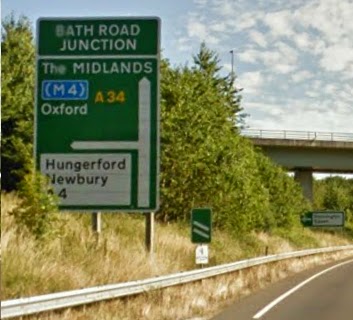 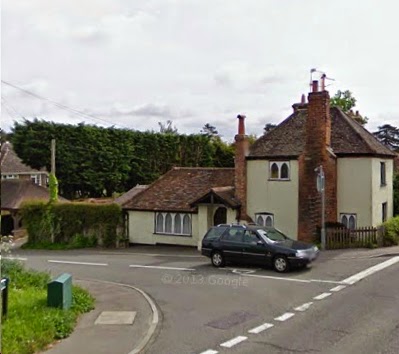 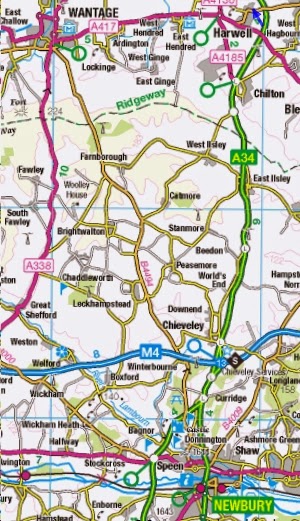 Now here's the spooky thing. When the fbb's turned off the A34, Gussie was not cross at all; but responded with sang froid and an amazing mind-reading ability. She started directing them correctly via their alternate and electronically incorrect route.

Very impressive; all that is needed now is to find out where she stores the winning numbers to next week's lottery.

Oh, and one other thing. How do you get the phone to do this clever stuff? No. 3 son never explained.

But we get the point. You can use your phone as a SatNav.

AND ANOTHER POINT (well two actually)
The embryo fbb model railway had a brief "running day" on Christmas Day for No. 3 son and two lunch guests. It was a disaster darling! The little train rushed at speed on the approaches to the station then came to a shuddering skidding halt on the points leading from the "main line" into the platform. 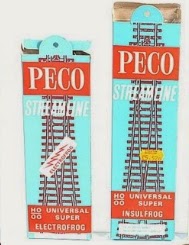 A second "running day" was scheduled for Tuesday 29th for the entertainment of young Archie Fearnley (aged 2½). With the use of a substantially overscale finger (fbb's) the problem was temporarily overcome and Archie was delighted.

But what was the problem?

Look at this point: 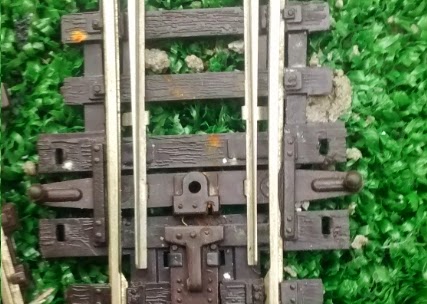 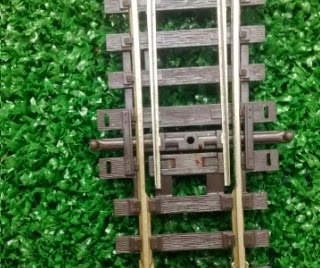 ... doesn't have them. So electrical contact relies on the blades themselves. In this case the "over-centre" hair spring that is supposed to keep the whole tructure in place had broken as well; so double whammy. Peco will, however, supply new springs free of charge on receipt of a stamped addressed envelope or (for fbb) a quick nip by car or bus to Beer.

Notice also that the pivots for the blades are weak in the "non-contact" version ... 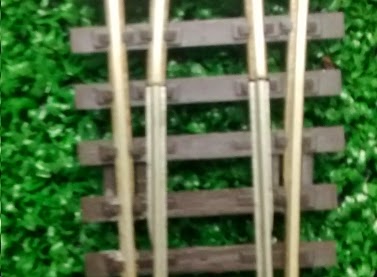 ... but much more robust in the "better" version. 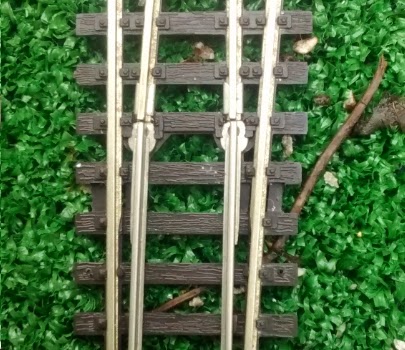 The reasons for this difference are a little complex and best left to the experts in 2-rail wiring and Peco's design team but suffice it to say that the non-working point was one of a small batch bought by fbb second hand. The working set was brand new and nearly twice as expensive.

Even in the humble world of model railways the rule is "caveat emptor". There is much for the old codger to learn.

If our esteemed readers would like to know all there is tp know about points, turnouts, switches and crossings here is a really exciting 7 minutes worth of Network Rail information film. Enjoy (?).
Pointless?