Fares now Feature at Fowey
... and a report on the trip on to Mevagissey is postponed until next week. 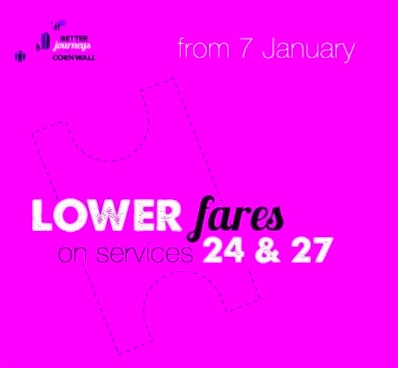 Suddenly, and out of the blue, the above graphic was circulated on-line on Wednesday 7th. A fares reduction not previously announced. Here is the detail.

Why this change? An outbreak of generosity of the part of First Bus? Or maybe somebody realised that First's fares were higher than Western Greyhound's and decided, a bit late in the day, to match the prices charged by the competition. 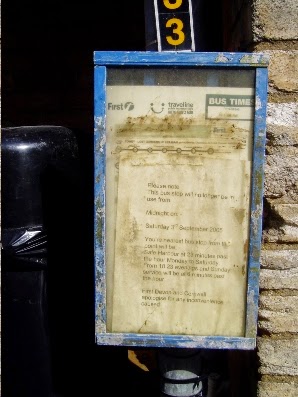 Here is an enlargement of the text. 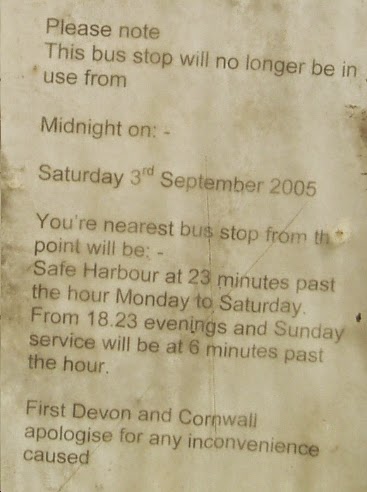 The sign was photographed in Fowey in 2007, two years after First withdrew the service. The stop was at the junction of Lostwithiel Street and Esplanade ... 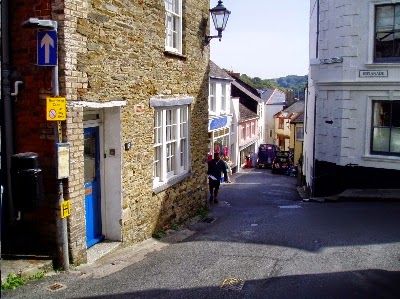 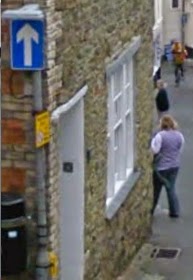 fbb suspects that the 2005 date was when First Bus stopped running their service 24 in a loop via the narrow streets of the town, terminating at the Polruan Ferry as per the Great Britain Bus Timetable extract. 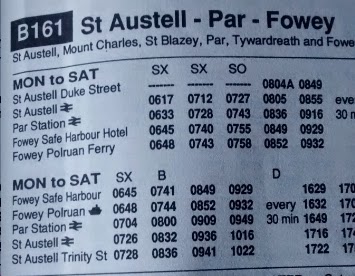 Therafter, all buses then turned, as now, at the Safe Harbour Hotel.

Google streetview no longer allows access to Esplanade and the Polruan Ferry terminal but this map allows our readers to see roughly where the terminal loop went. 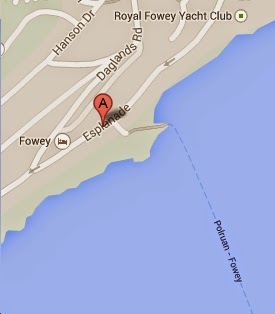 More about Fowey's ferries in a subsequent blog.

Lostwithiel Street is used by Fowey Town service 724 but the nearest stop shown on Streetview is "round the corner" near the church. 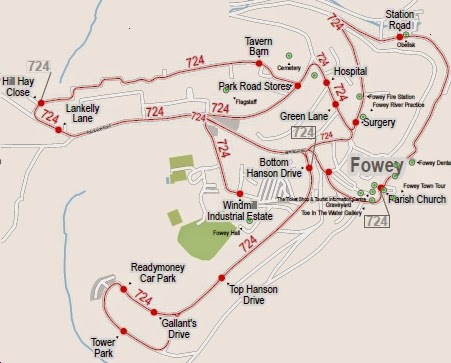 The "Safe Harbour" stop is the red dot to the left of the "F" of Fowey. The bus runs hourly ... 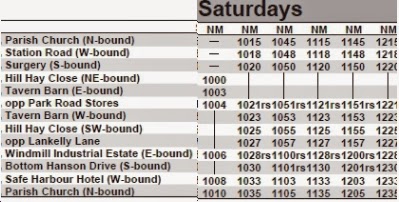 The service runs five days a week and, as this includes Saturday, one must assume that the "NM" note on the Saturday timetable means "Not Mondays". The same note appears more sensibly on the Monday to Friday timetable. Strange are the ways of Traveline. To save space and reduce confusion, fbb has snipped off the name Fowey that precedes every stop name. Surprising, that, to find the the Fowey local service calls at stops in Fowey.  Strange are the ways of Traveline.

fbb did not spot a 724 as his visit was, of course, on last Monday!

Can anyone "out there" supply any further historical details. The roads are very narrow and the 724 is operated by a minibus. 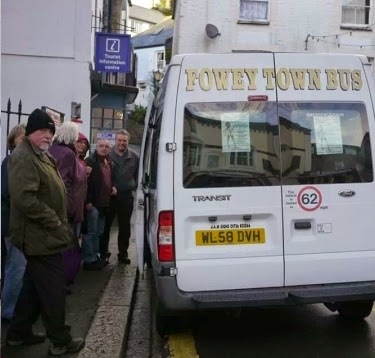 
Fowey Bus Service
Using the local bus services
is a great way to explore the area at very low cost,
with many of the routes around Fowey
taking in some splendid scenery & coastal views.

Indeed. But the site illustrates its pearls of omnibological wisdom with ... 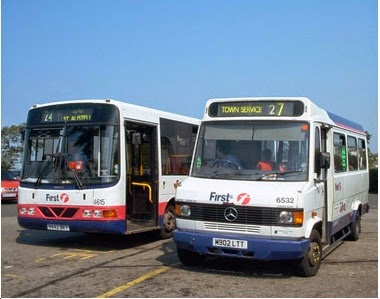 ... two First Buses from the past operation of the 24 and, perhaps in a part answer to fbb's request for further information, a Town Service 27. Or, as the vehicles were snapped in St Austell bus station, has the web site got the wrong town? 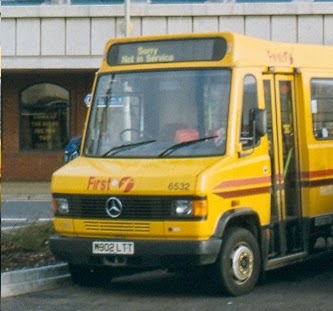 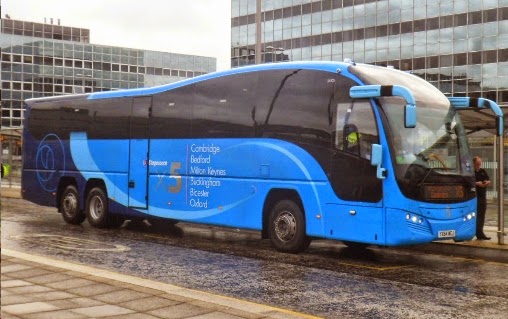 ... and decidedly UN-Stagecoach livery. But for a real horror, try this one. 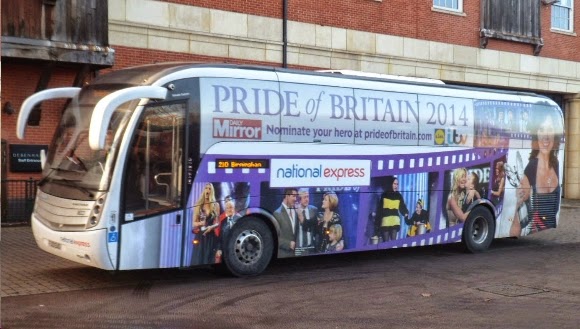 Would our blog readers really enjoy a nice long coach ride with spots before the eyes whichever way they looked. fbb thinks not!