from Wisbech to Upwell

It ran from the Cambridgeshire town of Wisbech via Elm and Outwell to the Norfolk village of Upwell. Its route carried it close to farms and villages, allowing goods to be shipped into Wisbech where they could be transferred onto the main line and carried to destinations further afield. It was this agricultural trade that caused the line to be constructed in the first place, and what kept it afloat after passenger services ceased in 1927. 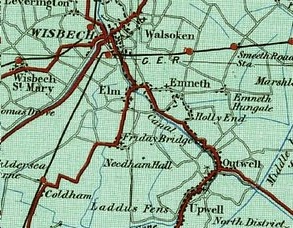 The town terminus was at Wisbech East station on the line to March. In passenger carrying days, tramway trains used the far right platform which was much lower than for the "big trains". 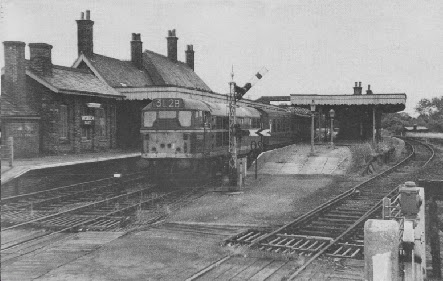 The whole aree has been redeveloped obliterating any physical evidence of the station. 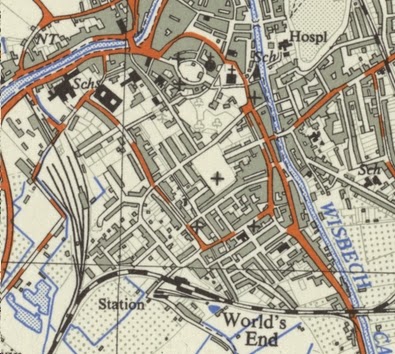 These bungalows stand roughly where Upwell trains would have loaded their sparse passenger numbers until 1927. 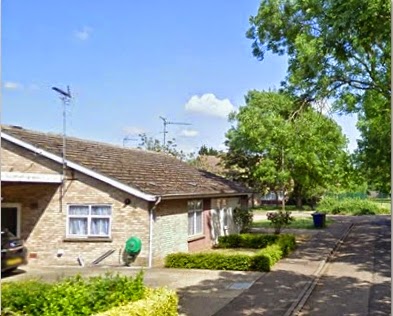 Of course, the line was lifted from its obscurity by Rev Wilbert Awdry when he imported a tram engine to his ficticious island of Sodor. And if we were to walk forward a few yards from the above shot, we would find two pieces of nostalgia. 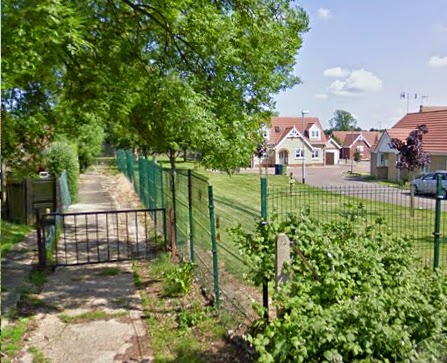 The footpath follows the track of the original line and the houses on the right are on Awdry Drive, a fitting tribute to the man who brought fame to this tiny and incongruous little line.

At Elm Road, the Upwell tranway turned right to follow the former A1101 whilst the March line continued straight across almost exactly where the pelican crossing is today. We look towards the centre of Wisbech. 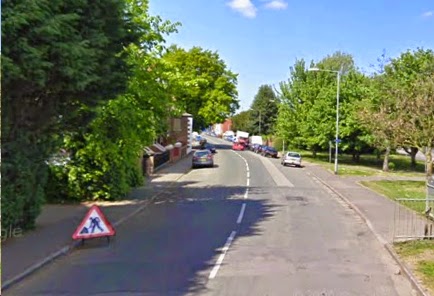 And here is a Toby hauled train travelling south along Elm Road. 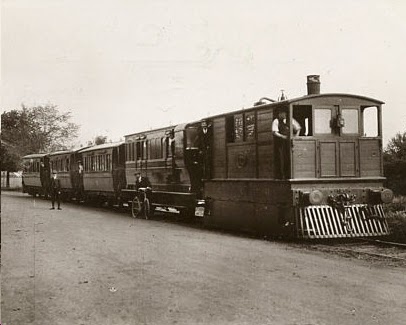 Note the bell, just visible on the roof above the driver's head.

The A1101 has been improved, often using the line of the former Wisbech Canal (now filled in) but where the road wiggles, approaching Outwell, the trackbed can still be glimpsed going straight across the fields from upper left to bottom right. 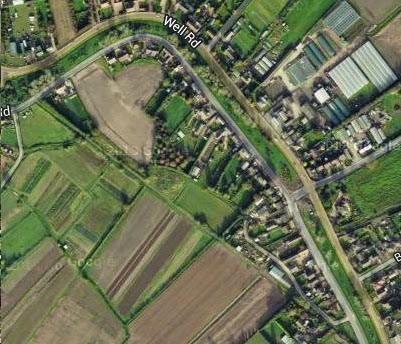 Here is the trackbed from the north western end, seen from Basin Road. 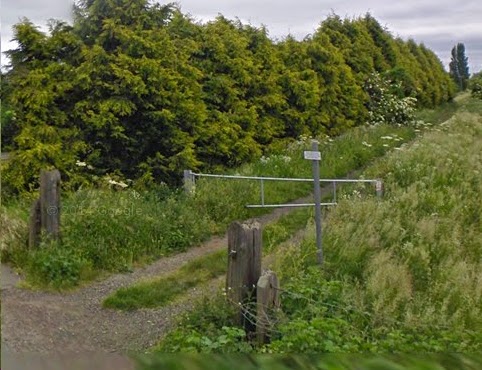 And this development (Townley Close) ... 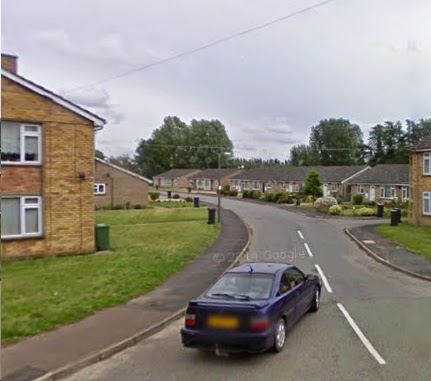 ... is built on the former yards at Upwell, once busy with fruit trains as shown in the video. 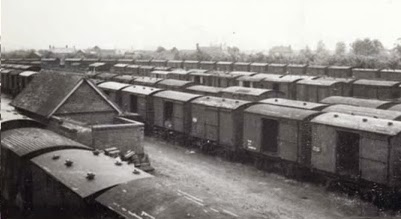 And one final piece of railway oddity. In the railway classic film, "The Titfield Thunderbolt" the first coach used by the comedic railway pioneers ...

...was a Wisbech and Upwell tramway vehicle dating from 1888! 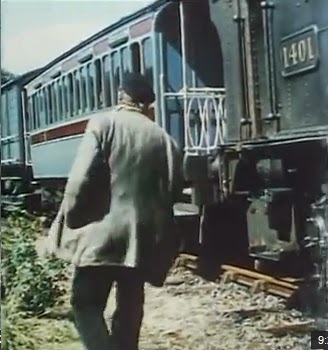 And the "all diesel" tag from our heading. When the tram locos were replaced by diesels fitted with side skirts and cow catchers in 1952 the line did, indeed, become the first British Railways line to be worked entirely by diesel traction (reputedly). 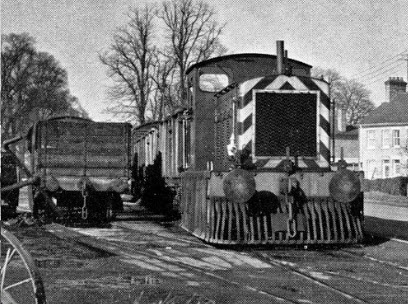 Unless anyone knows better?
Next bus blog : Monday 12th January
Posted by fatbusbloke at 02:00