First's First Day Fowey Frustrations [1]
But let's get there! Remember this picture from yesterday?

There are four buses an hour from here to Fowey. But which stop. It's all very simple when you know. From the stop on the right, Western Greyhound service 524 steeds leave at 55 minutes past each hour. Here's one doing it, 15 minutes late ... 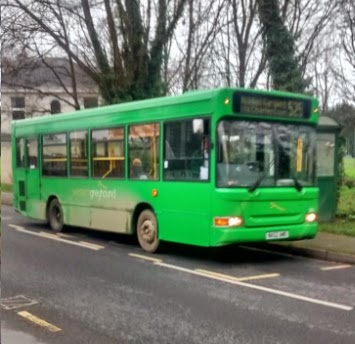 ... which meant that First's service 24 running back to St Austell on time was well loaded! 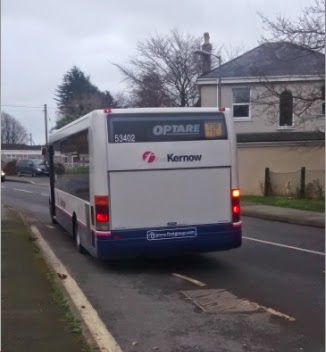 But from the left hand shelter we have fbb's chosen starter, namely WG 525 going to Fowey via Polmear. Our keen readers will remember the fbb map! 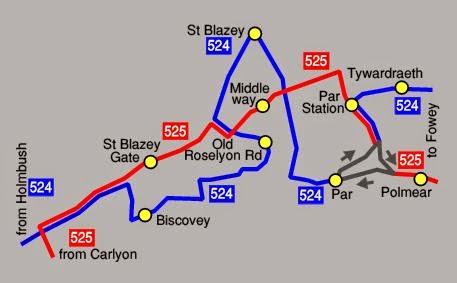 This trip was on time, indeed waited for the correct departure minute whist fbb boarded and counted the passengers. 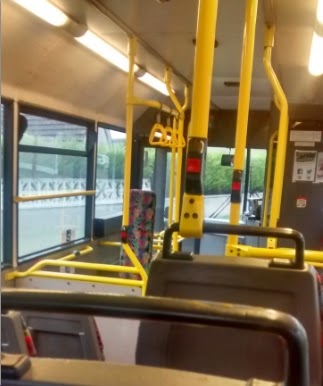 It didn't take long as there weren't any.

So, how is this comparatively complex situation communicated to any innocent passenger seeking, for example, to arrive by train and ride onwards to Fowey?

At the station there is the usual unreliable interchange poster ... 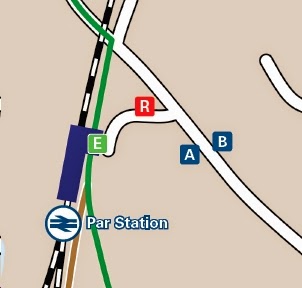 ... and correct but non-updated route information. 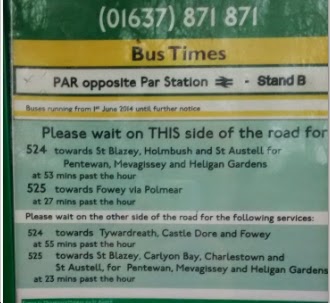 ... which includes full timetables and a "this side of the road" / "the other side" summary. Really excellent effort with regular and occasional user in mind. It's stuff like this which won WG best small bus operator awards in the past and it a really very sad to see such excellence engulfed in management and financial problems.

First had done a good job, mostly, with a new frames with timetable, poster and network map on their "to St Austell" side. 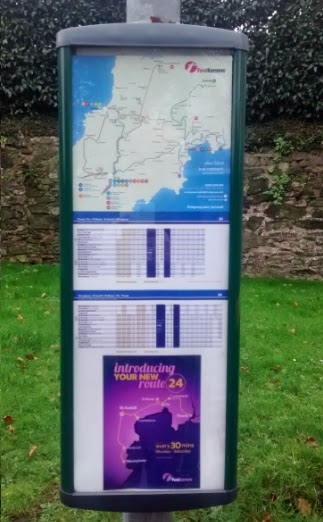 In fact the lads from Camborne had all done done very well ...
.. all things considered, in having roadside publicity ready for the "big day". My goodness, Fearnley has aged a lot since he took on this job. But some things still drove fbb up the pole. 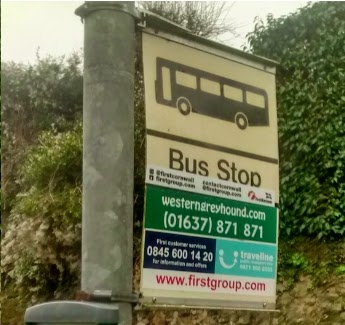 ... had an assortment of stickers which included a very small new First label (under "Bus Stop") with an out-of-date customer services phone number below. It is profoundly comforting to know that you enquiry will be dealt with by a ready-to-hand member of staff 150 miles away in Southampton. "Serving the local community" - Phooey!

The competition is only 18 miles away!

On the opposite side of the road there was no pole, no flag and nary a mention of First Bus. There was an empty and vandalised yellow frame which surely could have been tactfully removed and replaced with one of First's shiny new ones. 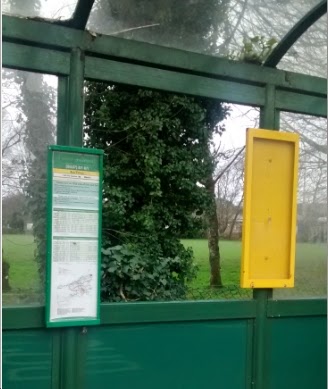 Note the glazing between the two frames. Well, it saves on cleaning costs!

Tomorrow we make it to Fowey and thence all the way to Mevagissey.

Next bus blog : Thursday 8th January
Posted by fatbusbloke at 02:00