Stagecoach : Do We Run Buses in Seaton?

And which way do they go? 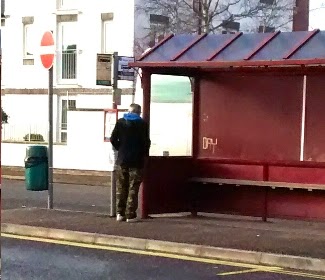 Underfleet in Seaton is usually a popular stop, especially for the 1000 service 52A to Sidmouth and Exeter, the first departure on which old crusties' passes are valid. But at 1000 last Thursday not a single passenger was waiting. At 0955 this gent was peering at the pole, then disconsolately toddled off into the town. 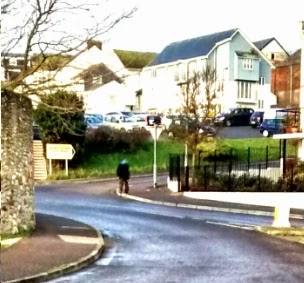 He must have read the notice. 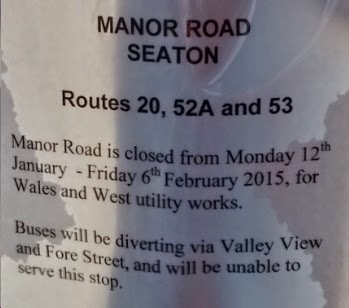 But what is this that roareth thus?
Can it be a Motor Bus?
Yes, the smell and hideous hum
Indicat Motorem Bum!
Implet in the Corn and High
Terror me Motoris Bi: **

Four minutes after sad man wandered away, along came the scheduled 52A, passing the uncharacteristically empty shelter ... 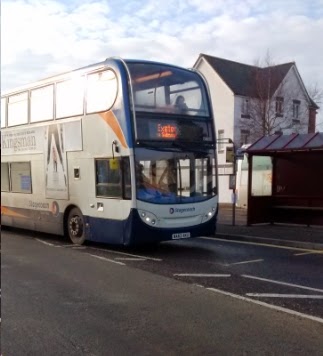 ... not surprising as "buses will be unable to serve this stop". But the picture above does look like a bus, it was a 52A and it did appear to be capable of serving the stop, sadly bereft of eager passengers.

What is going on?

But the closure of Manor Road is not good news for bus operators. With the exception of the 391, all Seaton's buses use this little chunk of highway ... 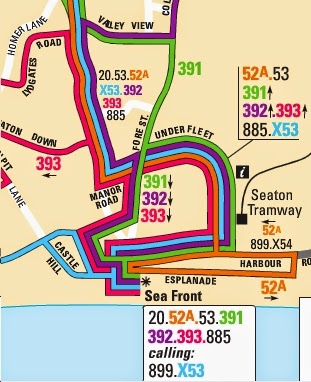 ... either to or from The Underfleet stops at the tramway (or both!). And coming from the west it is very much closed ... 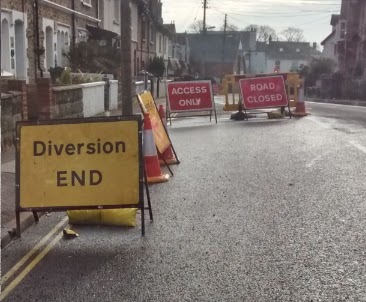 ... as it is equally closed if approaching from the east. 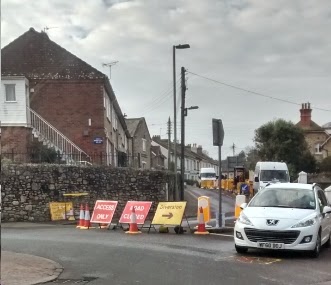 WF60 DLJ might have exercised his Magna Carta enshrined right to access one of the properties, OR, like many Seatonians, he may have simply operated on the basis of "you can get through, so I did!".

Devon Council has done us all proud with a diversion ... 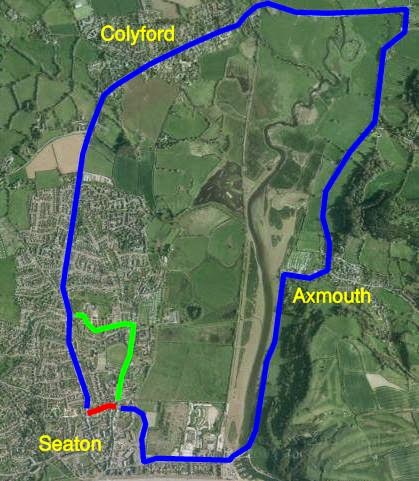 ... all the way via Colyford and Axmouth, a four mile trip to avoid 150 yards of closed road. Well done folks, it is always good to waste fossil fuels, increase frustration and, possibly, set up a few extra road accidents. Sensible motorists will use the "green route", shown above, which is just a little shorter. 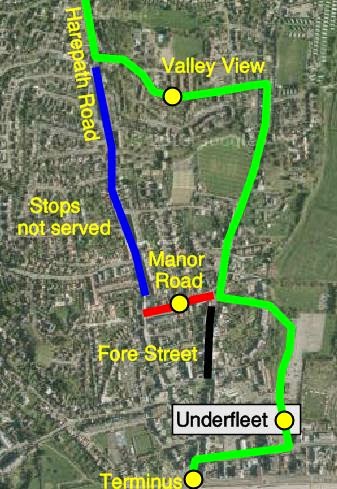 ... missing out a few stops on Harepath Road. Presumably this "short cut" is frowned upon because it uses residential roads, passes the hospital and the school. The "safer" route via Colyford and Axmouth involves two difficult road junctions, narrow wiggles through both villages and much faster traffic on the main road to and from Exeter.

Here is a 52A approaching Seaton on Valley View ... ... and here is the same 52A leaving Seaton by way of the self-same Valley View. 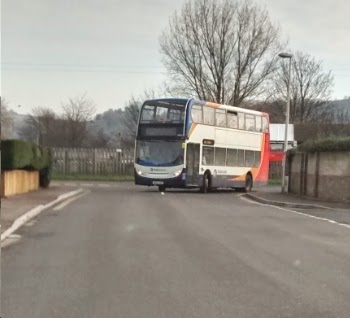 Here is a Stagecoach service 20 to Honiton (for Taunton) doing likewise. 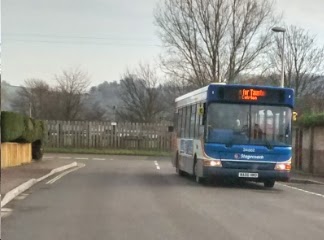 And here are lots of locals not going via Colyford and Axmouth, sensible folk! 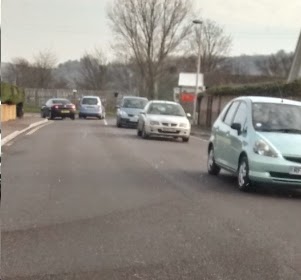 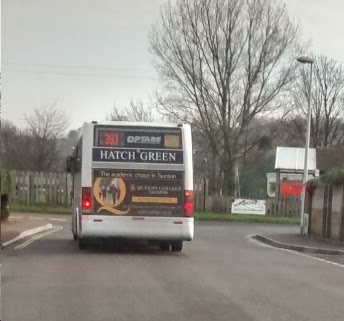 The road at the bottom of Valley View is Colyford Road, which does turn into Fore Street which in turn continues into the town centre. But, whichever way you hold the map, however hard you look at the problem, ALL buses still stop at the Underfleet stops.

The Stagecoch notice is really very wrong - and it might just explain poor loadings? Worth thinking about, Stagecoach?

Do Stagecoach managers actually know where their buses run? Well, it's all on the computer so a knowledge of simple local geography is quite unnecessary, as we see.

** Part of a poem in Engish and mock-Latin written in 1914 by Alfred Denis Godley (1856 to 1925). The mixed English-Latin text makes fun (?) of the difficulties of Latin declensions. It takes off from puns on the English words "motor" and "bus", ascribing them to different declensions in Latin, and declining them.