A Robust Riposte to Recent Remonstrations 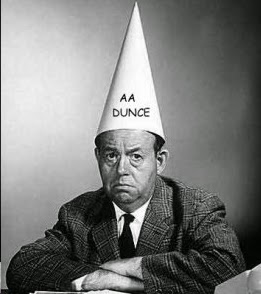 fbb came in for a bit of stick last week. Following his (usual?) rant about poor information from Traveline, one comment writer suggested ...

... gainful employment. Open to all offers Mr. Anonymous, but within a few precious days of a 70th birthday, not much hope! More thoughtful from RC169, a regular writer of considered opinion, who proffered ... 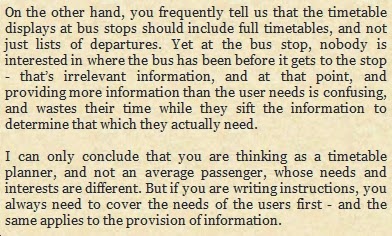 ... a challenge to fbb's arrogance about bus stop timetables. Point taken in part, kind sir; but ...

By pure co-incidence, your chubby blogger (maybe less so after a few weeks on the 5/2 diet craze) set off with Mrs in motor to visit Exmouth. Activity is a good antidote to hunger pangs and Friday was a 600 calorie day! 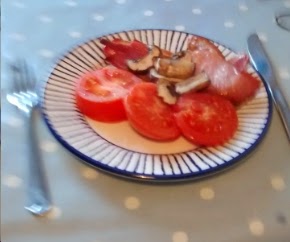 Breakfast : nothing more till a light evening meal!

Exmouth is mostly Stagecoach-land but bus stop publicity seems to be in the purview of Devon County Council. Good information is important in central Exmouth because, although most routes stop on The Parade, some cunning little buses, e.g. service 357 to Budleigh Salterton,  start from the "bus station" turn right and call at Rolle Street round the corner. Potentially baffling? 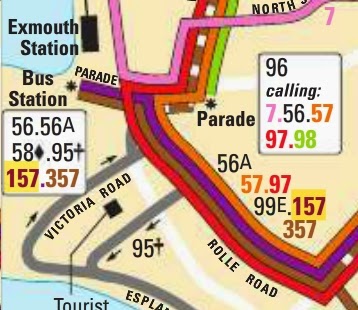 Bus Station? Is this the least used bus station in the country? 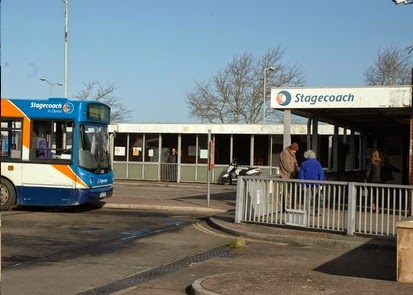 It is used only by Stagecoach routes that terminate in the town. East Devon District Council is aiming to replace it with a supertore.

But, to help the potential passenger, Devon County Council has provided a bus stop map at every central stop ... 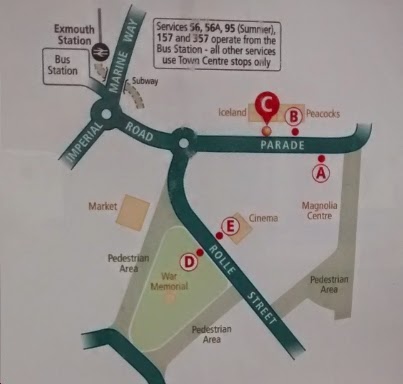 ... and letter stop poles to match the map. 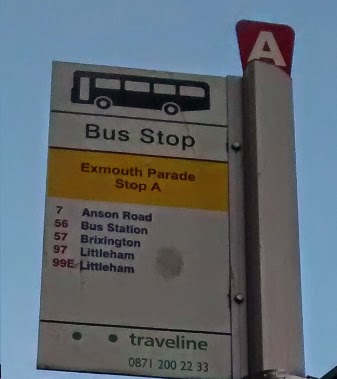 Additionally there are proper timetables showing the whole route from the stop in question. 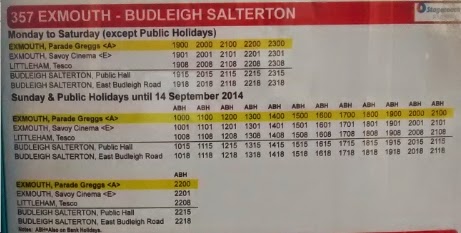 This example, of course, only shows evening and summer Sunday 357 journeys which do leave from stop A; it is the Monday to Saturday daytime service that starts from the bus station. It would be better if that confusion were unravelled by a note, but at least the information for that stop is complete and correct.

The only thing missing from stops at the Parade is a network map in each shelter.

fbb observed happenings omnibological for 30 minutes from 1230 to 1300 and can report that all buses including Stagecoach inter-urban routes ... 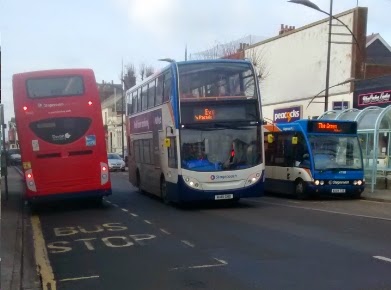 ... and assorted local links (Dartline 7, Country Bus 97 and Stagecoach 98) were all pleasantly loaded, in and out. 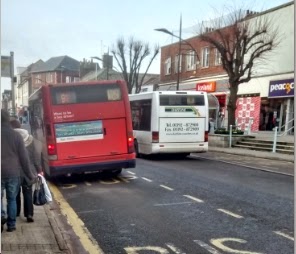 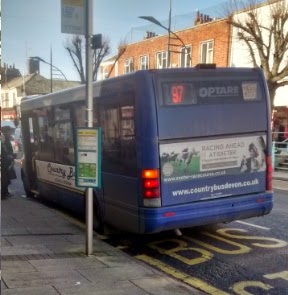 As fbb observed, he spotted a bicycle with decidedly flat tyres. 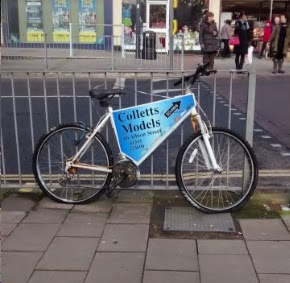 fbb could not refuse such an invitation. 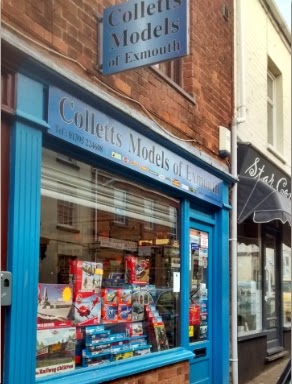 This delighful little shop has been trading for five years. 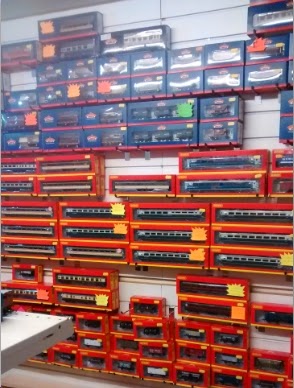 It did not carry the vast range of stock that you might expect in a larger town but the owner/salesman was friendly and helpful. "We've just has a big delivery of second-hand stuff," he enthused. "Just ask and I'll check the price for you." 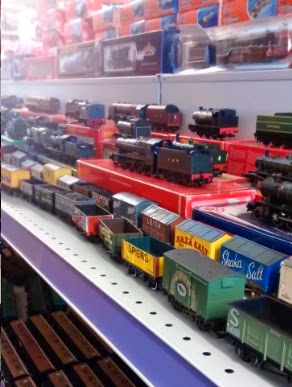 fbb was sorely tempted by a J94 saddle tank in LNER all-black livery for £40 (top row, left of the green tender) but resisted temptation this time! fbb will be back. 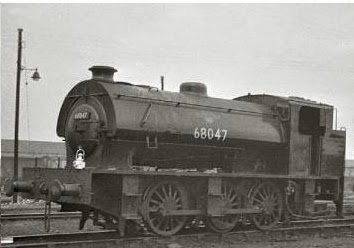 Back to the buses. So there are places which make a better attempt to inform the public; but sadly the Devon County bus stop service is not consistent and not always available. In Seaton, for example, there is good, full information at the sea front terminus stops but on Underfleet (still a "busy" town centre stop) only Stagecoach route 52A is advertised (by Stagecoach!). 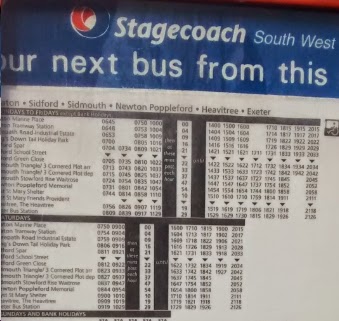 No First X53, no Axe Valley, no Seaton locals and even no Stagecoach 20. 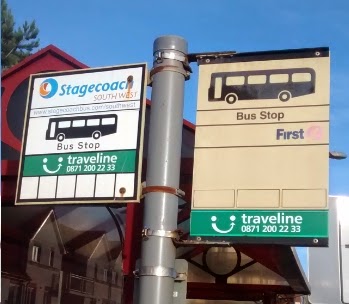 But there are two flags, telling you nothing.

But it can be done. And it should be done!


Next bus blog : Monday 26th January
Posted by fatbusbloke at 02:00