But some folk are never satisfied? 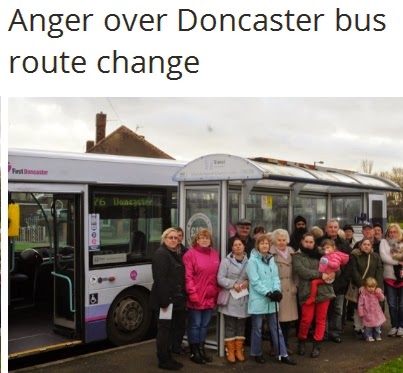 This little article is worthy of more detailed analysis.

Angry passengers have condemned decisions to cut ‘vital’ bus services serving their Doncaster neighbourhoods. Eight bus services are due to be cut on Sunday by First, the borough’s biggest bus operator.

We know that he press likes bad news, and the headline focussing on bus cuts is grist to their journalistic mill. and, from a simplistic point of view, from the point if view of a hack who has never travelled the byways of Barnby Dun, eight routes are withdrawn; nine if you include the 88! The reported does offer an incomplete report on replacaments.

This, of course, only refers to the revised pattern of service via Barnby Dun as per yesterday's blog  (read again)

The 84/A/B services will operate between Doncaster and Barnby Dun, while the new service 89 will link Doncaster and Edenthorpe via Wheatley Hills. The 76 service will also operate a revised route, while the 76A and 77 will be withdrawn.

Again only part of the truth.

But it would appear that there is more to this change than fbb has hitherto revealed. We need to take a ride on a Doncaster trolleybus to Beckett Road. 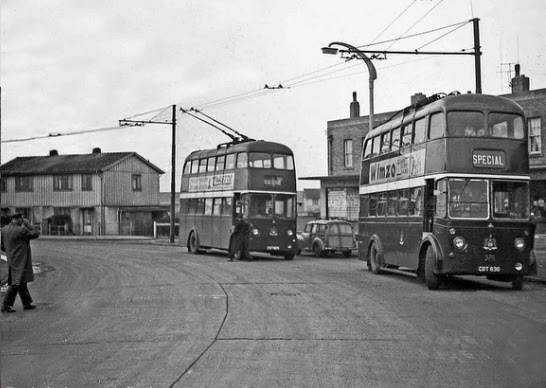 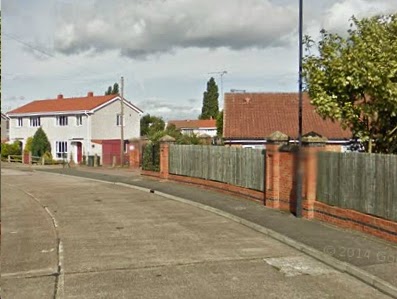 ... but not the little "parade" of shops. In the early 60s trolleybuses were withdrawn and by 1981 the Beckett Road route was numbered 163 by the PTE. 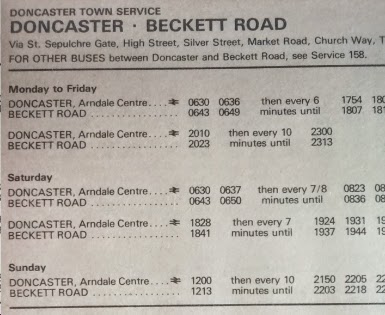 It was joined, in part, by Doncaster's only "cross-town" service (?), the 158/159; which ran, partly via Beckett Road (158 journeys), and then continued to new housing and a terminus at Clay Lane estate. Part of the service was subsequently extended to Church Balk in Edenthorpe.

The road that passed Wheatley Farm had been enlarged ... 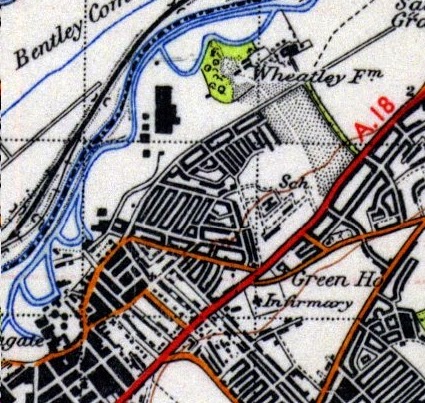 ... to provide a Thorne Road by pass and access to warehouse trading (Wheatley Hall Road) giving the 158/9 a faster route to Clay Lane.

Hey ho, we need some bus maps. Firstly a PTE map showing services similar to the above timetable extracts. 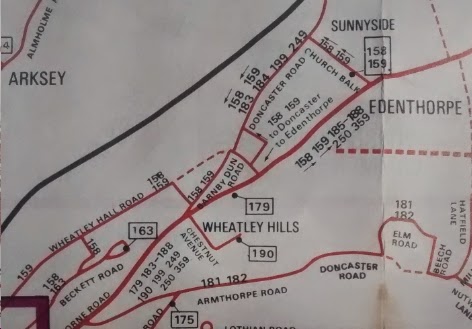 Note that back in the eighties, there was a frequent "local" service (179) along the Thorne Road in addition to those routes featured in this series of blogs. Note also, in passing, that route 190 to Wheatley Hills (estate) was a sporadic but infrequent variant of the 179.

The 158/159 was also noteworthy in the vehicles used for a while. SYPTE had purchased a small batch of Metropolitans (4?) which were not a success. Their fuel comsumption on Sheffield's hills was ludicrously high and they were eventually consigned to Donny to work on the flat between Weston Road and Clay Lane. The route was also Doncaster's first (and only?) Videmat Route. 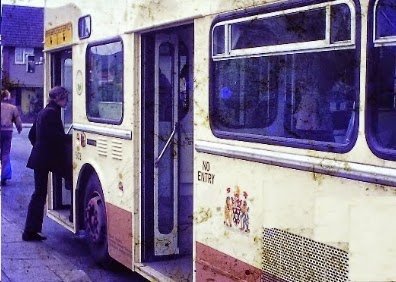 fbb's appallingly messy slide shows passengers loading at Clay Lane estate for the trip to Weston Road. Note also that these vehicles carried the Doncaster Borough coat of arms as well as PTE livery, an idea that was soon knocked on the head by the big bullies at county HQ.

So in the heady days of the PTE as bus operator, residents of Beckett Road had their own frequent service; Clay Lane had a bus every 15 minutes, Church Balk Edenthorpe was served every half hour and Wheatley Hills estate had an off-peak 190 every 35 minutes.
.
Seventy-year-old Charles Worsdale, of Church Balk Gardens, Edenthorpe, said: “Many residents, many of whom are elderly or disabled, have to depend on the buses. This is a vital public service.”

And, of  course, that was the policy of the PTE; buses were an essential public service to be expanded and encouraged. Then along came privatisation and deregulation.

We will complete our investigation into the pearls of wisdom penned in the press in tomorrow's blog. 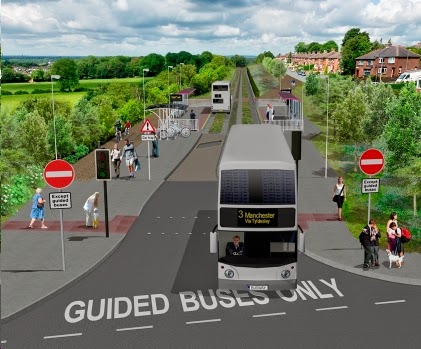 It has just been announced that First Bus has been awarded the contrct tp run services on and via Manchester's guided busway, still under construction.

fbb will take a look at this project on Friday