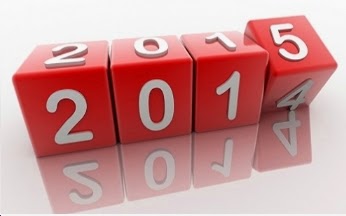 fbb has made his usual New Year Resolution; namely to lose weight and become fitter (slightly less unfit?) and the diet starts tomorrow. No, really, it does. Mrs fbb is captivated by one of the latest crazes, namely two days of "fasting" and five days of "eating normally" in each week. So the fbbs are going to fail together. Fridays and Tuesdays are bad temper days fasting days.

And then there are predictions. 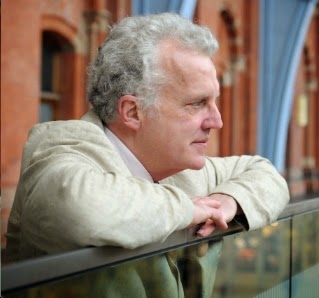 Some writers will be trying to predict what might happen in 2015. In "Rail" magazine, columnist Christian Wolmar makes his "mystic predictions". It has to be said that his track record is not good. 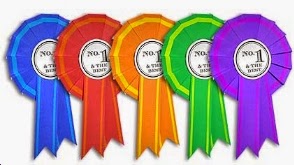 The big event, politically, is the forthcoming general election. One of the most amusing games to play as the date approaches is to challenge the doorsteppers on their party's policies. The game becomes hilarious when the policy in question concerns buses and trains. Here is a possible conversation between candidate [ C ] and fbb [ F ]. 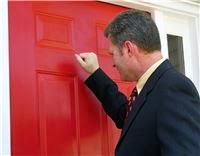 C  Good morning. I am your Con-Lab-Lib-Ukip [delete where inapplicable] Party candidate. Can I be sure of your vote?

F  I do have a few questions about your policies.

F  Could you outline your policy for Public Transport?

C   Well, as Nigel Cleggeroniband said at the recent conference, Public Transport is a vital part of the party's green credentials.

F  Of course; but what are you proposing for the railways, for example. What about train fares?

C  The level of fares is, of course, a matter for the train companies, but our party will strive to ensure that commuters get value for money.

F  How do you react to the fact that commuters pay the cheapest fares whilst casual passengers are ripped off mercilessly.

C  [sotto voce] haven't a clue what he's talking about. [hesistantly] I'll have a chat to our "rail" spokesman and get back to you. [sotto voce] by which time the voter will have forgotten the question, hopefully.

F  And what about rural bus services?

C  [sotto voce] bummer again. I go by taxi when the roller is in for service. [trying to be positive] We will be looking for innovative and cost effective ways to maintain essential rural services. It will of course, be up to local authorities to arrange the best services to suit their area.

F  But local authorities have repeatedly cut back services because national government is giving them less and less money.

C  [sotto voce] double bummer. [warily] We will be setting up a working party to look into the whole area of rural Britain. It will be chaired by an eminent expert and you can be assured of a positive result.

F  Oh that's interesting. Who is the expert?

F  How do you react to the idea of introducing Quality Contracts in our Cities.

C  We need to ensure that seats are comfortable, waiting rooms are warm and bus shelters are clean. [panicking now]. And stuff like that. But I must move on - lots more supporters to chat to. Very interesting indeed to talk to you. [thinks] Waste of time; he'll not vote for me; too much of a clever-dick.. 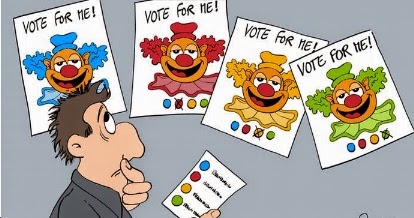 ... and so it continues. The game is great fun and a small prize might be on offer to any potential voter who gets any semblance of a sensible answer on public transport policy.

Things to watch out for. After the election: 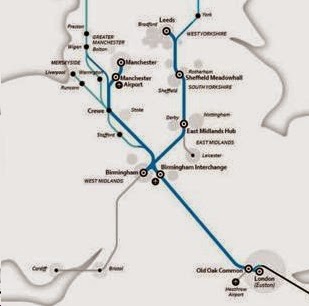 High Speed 2. Not cancellation ("we remain fully committed ..." etc. etc.) but a postponement due to the harsh economic climate.

Free bus fares for fbb (and a few others), paid for by the kind and generous tax payer. Either means-tested or a nominal (but easily increased) fee. To be reduced to zero as soon as the economy picks up, of course. Like William Pitt's temporary Income Tax.

VAT on fares. BEWARE. VAT is already charged on fares; it just happens to be at a rate of 0%. ANY chancellor can increase that without reference to Parliament or the voter. So an easy-peasy way to raise a bit of cash. Clever bit of political obfuscation, eh? Ditto food!

Quality Contracts as in London-style control of buses. Tyne and Wear are determined to press on with this despite the opposition of almost everybody. Watch out for an "unforseen delay" due to Government cut-backs. Watch out, also, for the legal shenanigans as Uncle Brian seeks to undemine the Nexus plans. 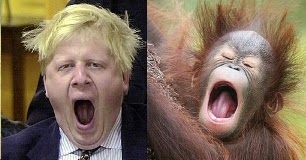 London Elections. Not due till 2016. But Boris the Blue wants to be Prime Minster to return to national politics at the General Election, so watch out for changes of policy in the capital. But increased fares and reduced subsidy seem likely however well hidden that might be.

Nearer to home in fbb's adopted West Country. The Western Greyhound story is by no means over. We do not know how much the new owner has paid, but fbb reckons "not a lot". So he will have got buses and depot on the cheap. How will the business fare when new rolling stock has to be bought?

And which of the council-owned bus companies (Edinburgh, Blackpool, Nottingham, Cardiff, Newport, Ipswich) will be sold, and to whom. And will National Express sell Travel West Midlands "to finance expansion in the de-regulated coach market in Europe"?

And with the resurgence of First Bus c/o Fearnley comes a move in the opposite direction for Go-Ahead. Will we see a bit of adjustment there? Plymouth CityBus is reputed to be big-loss-making and Stagecoach is creeping into the area? Hmm?

But all is well at the Department for Transport Roads. Billions have been made available to improve the road network, fill potholes, reduce congestion etc. etc. Will "road fares" (aka car tax) be increased to pay for it following the pattern of rail fares? Probably not; for some strange political reason.

It is not quite as potty as it seems. The new owners of Western Greyhound are transferring registrations for Black Velvet (with buses painted purple), which they also own, to their Cornwall business. The above three services are the last remains of a once significant network operated by Phil Stockley in the Eastleigh area. 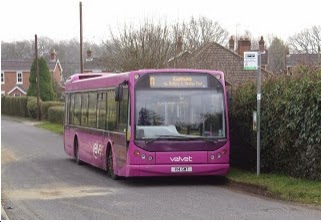