More people are using buses in Rotherham, with 100,000 more passengers reported since the same time last year. The increase in passenger numbers is being attributed to improvements in the area's bus services following the introduction of the Rotherham Bus Partnership in July 2014. 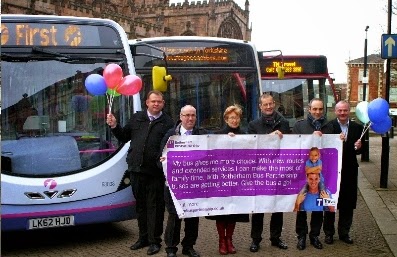 Fare-paying passengers have risen sharply by 240,000 since its launch (timetbale and route changes from July 2014 - fbb), an increase of 6%, and child passengers by 20,000 (2.7%). Latest records show improvements in punctuality and reliability, with 92% of buses running on time and 98.6% as scheduled. The introduction of the multi-operator Rotherham Connect tickets that can be used across different buses have also seen some fares fall.

The partnership monitors and identifies locations and causes of bus delays that affect the punctuality and reliability of services. Timetable and service changes have been made in January 2015 to further improve services. 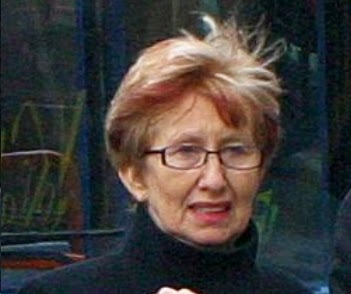 Rotherham Borough Council's Cabinet member for Safe and Attractive Neighbourhoods, Cllr Maggie Godfrey, said: "Our bus service plays a major role in making sure Rotherham has an efficient transport network which all helps to contribute to a stronger, local economy." 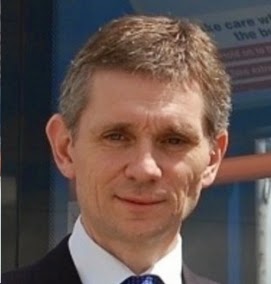 Managing Director at Stagecoach Yorkshire, Paul Lynch, said: "Rotherham's bus network offers a convenient, stress free and friendly way to get around. The Partnership has achieved clear improvements to buses in the town, making it an attractive alternative to the car. I hope that people in the area continue to see the improvements that the Partnership has brought so far, and continue to use the bus whenever it?s the best travel option." 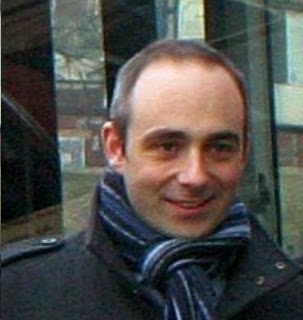 Managing Director for First South Yorkshire, Ben Gilligan said: "By working together in a single united approach for our customers the Bus Partnership is delivering real benefits for Rotherham. Value for money bus services helping connect communities with places of education, work and leisure are providing a real alternative to the car and I'm sure these strong results will give us the platform to continue this improvement."

Sheffield City Region Combined Authority Transport Committee Chair, Cllr Bill Mordue, said: "We are delighted that more people are travelling on Rotherham's buses. We have tried very hard to listen to customers and local communities to provide a bus network that is designed around their needs, and which people can depend on. Together with a flexible network, value-for-money tickets, and figures showing improvements in punctuality and reliability, the passenger numbers at this six-month milestone highlights the potential of Rotherham Bus Partnership and the difference it continues to make." 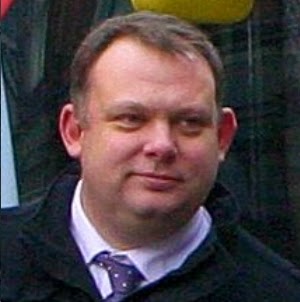 The heavyweight punch-up in Tyne and Wear (Nexus), with operators threatening death by a thousand oil leaks to the politicians if they go ahead with with their take-over of the buses, calls for a whole range of responses; but the message of growth through partnership is a positive alternative. Take note in geordie-land!

What is strange is that, although the Sheffield partnership involved some signifcant changes of route and operator, the Rotherham cosiness changed very little. So perhaps (say it quietly on Tyneside) the growth has nothing to do with partnership at all!

And then there is UDI from the PTE (partnership? really?) dramatically reducing the amount of printed timetable information available in the county by not producing any! Will that have any effect on future passenger numbers?

But what really caught fbb's eye and caused him to revert to pedantc ex-schoolteacher mode was the press release headine.

The thought of Rotherham folk zooming heavenward is frightening, challanging and wholly illiterate. What they should have written is "Rotherham Passenger Numbers Continue to Rise"! So that is a detenshun for whoever writ the press releese.

Or that's how it seemed until fbb came across this picture on-line ... 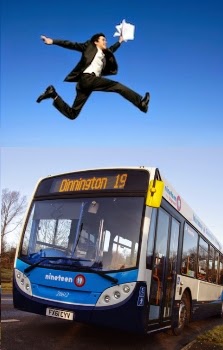 ... of a Rotherham passenger rising to leap over a service 19 bus whilst clutching  copies of the above text.

And it isn't even April 1st.