A Few Bits and Pieces. 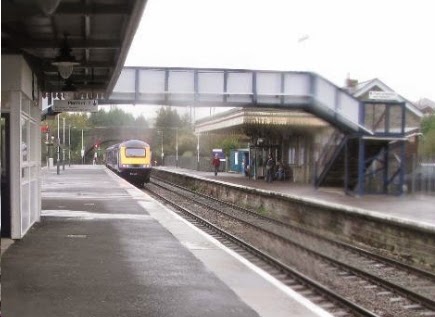 Par Station is probably not at Par. It's at Tywardraeth. The long-closed St Blazey Station is actually closer to Par than Par. 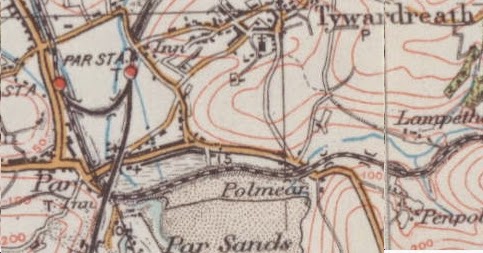 St Blazey is the left hand red dot. Here was a major loco depot serving China clay traffic. It had a "semi" round house loco shed with accommodation served by an open turntable. In recent years this has found sporadic use in turning steam engines for special excursion trains. 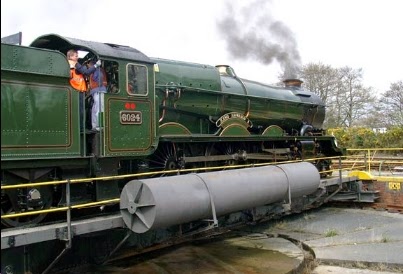 The big tin cans (one each side) are for operation by compressed air; but fbb understands that a hefty manual shove is the current practice. German State Railways (owners thereof) have recently announced that they are not prepared to fund £60,000 worth of repairs; so more angst for the steam operators!

But back to Par Station, interchange point for buses to Fowey, shown on First's poster map for their new (old!) 24. 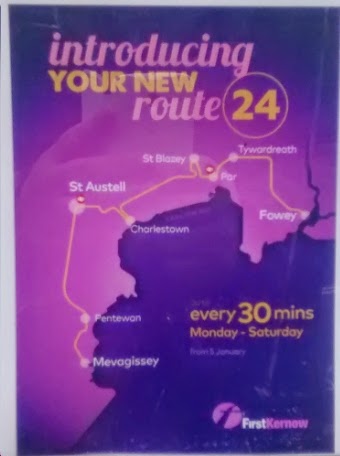 Would it be more helpful if it showed Par Station more accurately? 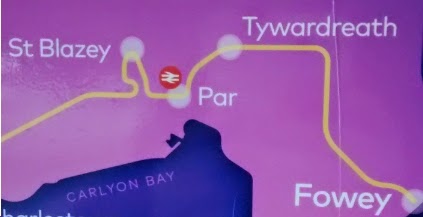 It isn't at Par, remember.

fbb will, promises promises, take a closer look at the area's rail services, past and present in a future blog. A family holiday is planned for Cornwall in February and there is much to interest the chubby on in and around Par and St Blazey.

Next; what would an ignorant visiting bus passenger make of this from the 27 Bodmin timetable?

Goody gum drops, we can catch a train to Bodmin because the station name is in BOLD TYPE and it must be the town centre stop. Wrong on both counts! Of course, you could catch a train when the Bodmin and Wenford steam railway is running; but realistically it is not a practical travel plan. Surely "Bodmin General Station for steam railway" in light type would be less misleading?

Which brings fbb to his on-going beef. Which of the SIX Bodmins is yer actual Bodmin? At his "consultancy" meeting with First back in June last year, "the management" was enthusiastic about adopting more sensible stops names, and for the more considered use of BOLD type.

fbb's suggestion was that only the main central stop in any community should be shown in BOLD and as the first part of the stop name; other names in light type with the locality last. As these suburban names are likely to be of most use to locals, some simplification (combined with a route map for the town) would help, perhaps.

The result, for Bodmin, would then be:-

Surely a clearer statement of what the bus is doing?

Of course, we all know the reason for the unhelpful repeated use of locality names. 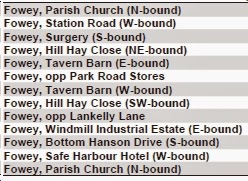 It is because of the dead hand of the appalling "NaPTAN"** database, a system designed to make things tricky for everyone.

And finally, as they say in all good news bulletins, we need to record one further incursion into Western Greyhound territory which has surprised a mystified bus watchers in the principality. It is the "new" 94 from Wadebridge to Truro ... 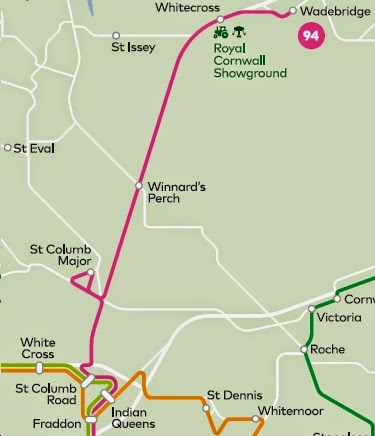 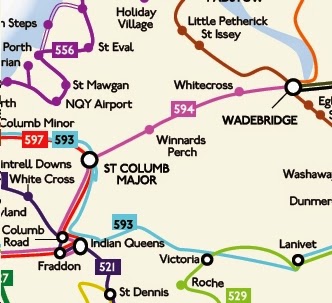 The 594 is hourly, so how have first attempted to beat the "opposition" into cowed submission?

Answer; by running a morning trip to Truro and a 1715 return and thats it! 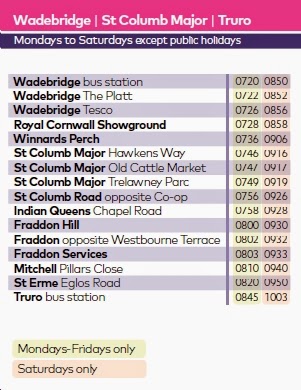 An afterthought? A toe in the water? Undermine peak trips and make the whole 594 unviable? It is hard to see how the company has a "spare bus" at peak times. It would be interesting to see passenger loading figures and, in particular, how many poor souls "commute" for nearly an hour and a half. For obvious reasons this service is not a practical target for a day return from Seaton. Maybe a day out when on day release from family duties on holiday in February?

And soon after fbb is back in Cornwall comes the next "tranche" of First's extended Cornish network. Much to ponder. 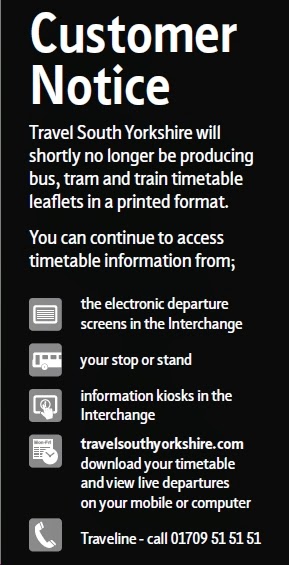 A first speculative look at the consequences of this hugely daft decision.