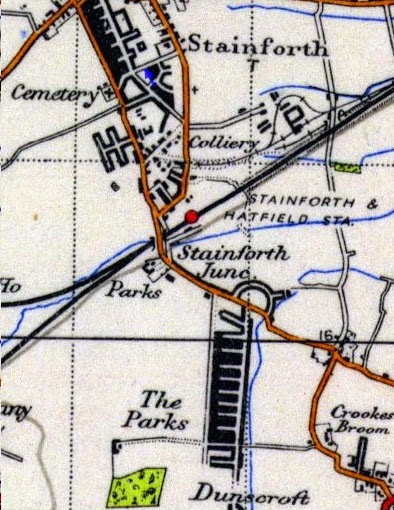 Dunscroft began as housing for the miners at Hatfield Colliery, located, as its name doesn't suggest, at Stainforth. 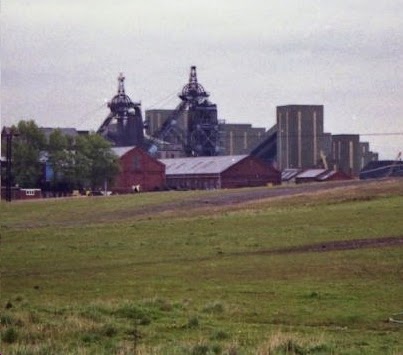 So naturally and historically buses to Dunscroft travelled to and from Stainforth with services in the hands of a selection from four independent operators. This was the situation in 1985 but with South Yorkshire PTE having progressively bought out the other companies. 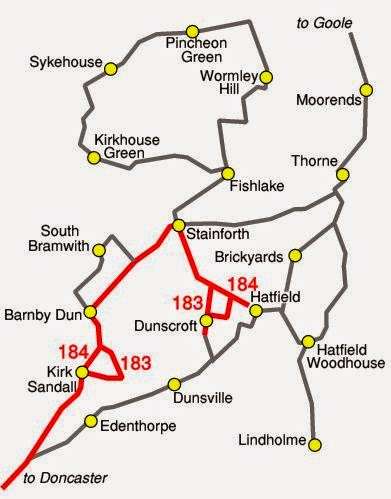 An hourly direct service direct via Dunscroft was provided by route 250 ... 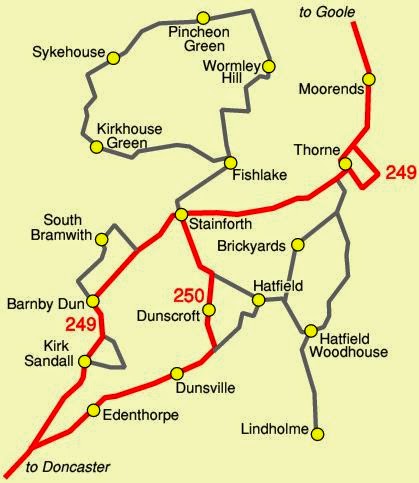 ... numbered in the 200s because Goole was cross-border in darkest East Yorkshire. 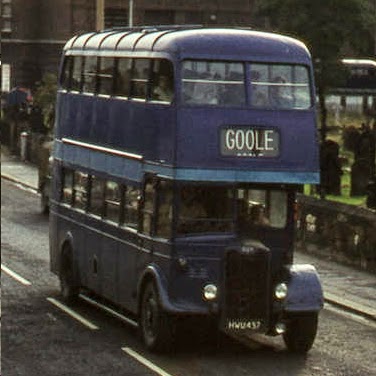 Despite this, 250 journeys terminated at Moorends.

So we can now bring things up-to-date by looking at what happened immediately before yesterday's changes.

But, before that, we may wish to remember that the remnants of Hatfield Colliery were much in the news in 2013. "Remnants" spilled over onto and under the railway line, causing much disruption! 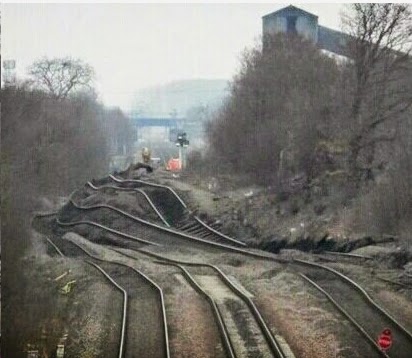 It looks a bit like some of the track on fbb's new model railway; although fbb's is not quite as bad!

Until last Sunday, buses via Dunscroft were half hourly on service 87 ... 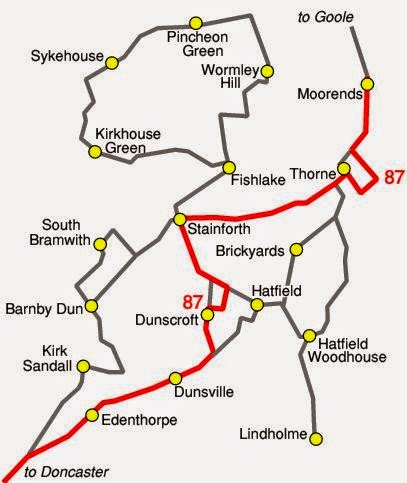 ... following a similar route to the very old 250 but with a diversion via the delightfully named Sheep Dip Lane ... 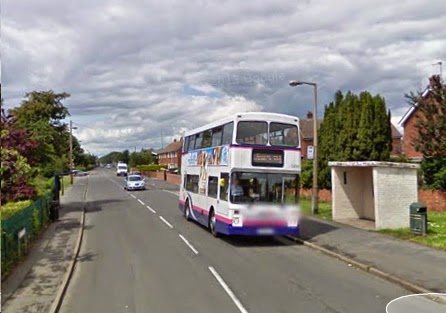 ... and Crookes Brook Lane at Dunscroft. During Monday to Saturday daytimes, the 87 was supplemented by a half hourly circular service using the remnants of the old numbers (less 100) as 83 and 85. 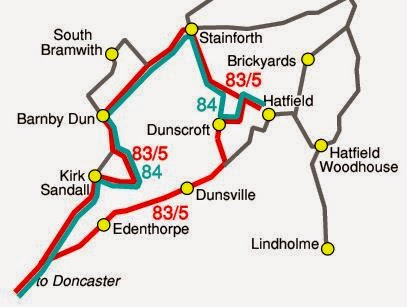 These, plus the 84, will feature in tomorrow's blog. Together this gave four buses an hour direct via Dunscroft.

So what changed from this weekend?

Again, less convoluted than both the Travel South Yorkshire and First Bus explanations.

The 83/85 circulars were withdrawn but the 87 is increased in frequency between Doncaster and Stainforth to every 12 minutes Monday to Friday, but retaining the 15 minute frequency on Saturdays. 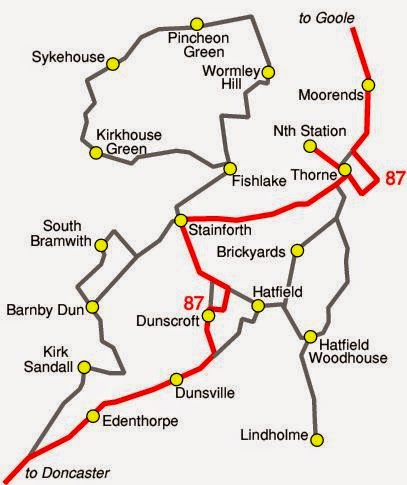 Two journeys an hour continued beyond Stainforth to Thorne, one terminating near Thorne North Station ...

... and the other continuing to Goole, replacing the withdrawn service 88 trips. 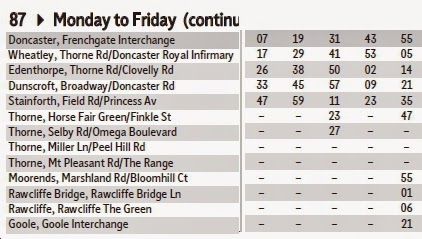 So the story so far is not very complex. The old 88 is now X8 and doesn't run to Goole; the improved 87 replaces the Dunscroft bit of the old 83/85 circular and does run to Goole. The only losers would appear to be anyone who used to travel from Barnby Dun to Dunscroft or vice versa. This cannot now be done without a change of bus or a bit of a walk.

So, directing our question to First's management; why bother?

We may begin to understand what has been "achieved" by these changes as we consider tomorrow's blog.


Next bus blog : Tuesday 27th January
Posted by fatbusbloke at 02:00