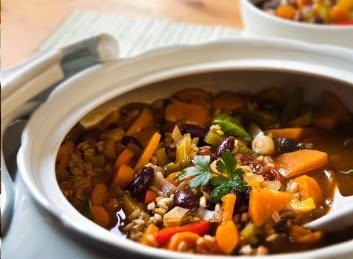 "Winter Warmers" is the name given to lunches served at Church, once a month in the eponymous season. Last week the menu was some sort of chicken casserole with taters and veg followed by crumble and custard or cream. Adequate, possibly, for a lunch.

fbb sat next to "Janet", a person of "mature" years and female gender who might, in the unkindness of literary stereotypes, have been called a "little old lady". In the course of conversation it turns out that she is a bus enthusiast! 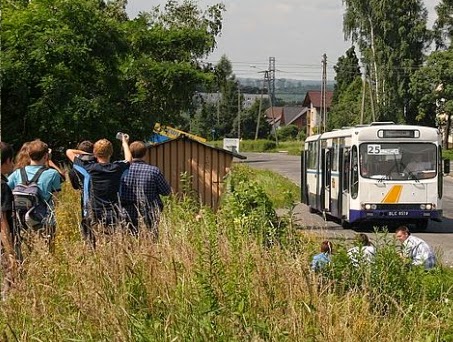 "Do you know about the Stumble Shuttle?" she asked between mouthfuls of crumble. fbb began to mumble, humble as he started to bumble, to fumble for the answer in the jumble of his mind; thinking Janet might rumble his  ignorance, then grumble and thus he would tumble from his position misplaced expertise. 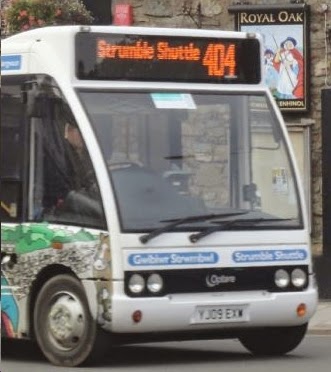 Potential collapse of stout party as fbb dredged the cobweb festooned back corners of his brain box. Somewhere is Wales? Pembrokeshire? Heeeelp!

"Yes, I have heard if it," says fbb hesitantly, "but I would need to look it up. I will do so to remind myself when I get back home."

"You will of course, know Digbeth coach station?" [It's in Birmingham] Followed by a tale of potential National Express woe, whereby Janet vehemently declined a change at Digbeth and insisted that the bookings clerk sought out an alternative. This was in the sad old bad old Digbeth days ... 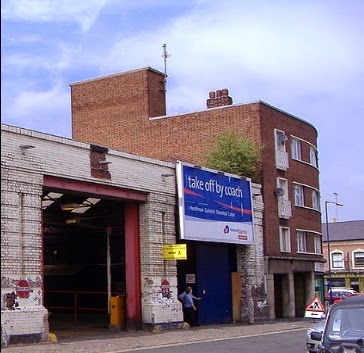 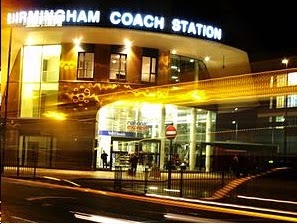 But well done that man lady for not being browbeaten by telephone technology into going where they wanted!

Back to "The Stumble Shuttle", actually "StRumble", but we can allow Janet one minor error of nomenclature, was (in 2013/14) part of a network of tourist bus services in South West Wales. 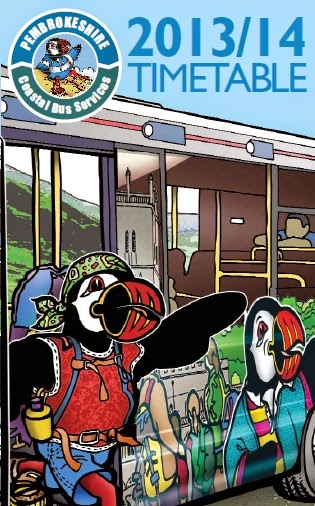 The total network is, indeed, impressive. 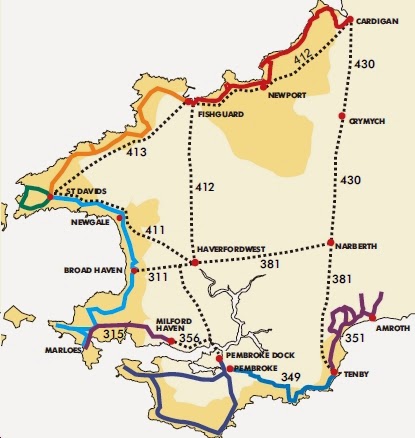 Whilst the "normal" 413 bus between St Davids and Fishguard follows the "main road", The Strumble Shuttle hugs the coastline wherever possible. Janet subsequently e-mailed fbb as follows:-

I love travelling on buses and did this journey because my son and daughter in law were going to a theme park, somewhere in the area, to meet some of her college friends.

That would be Oakwood at Canaston Bridge, Narbeth. 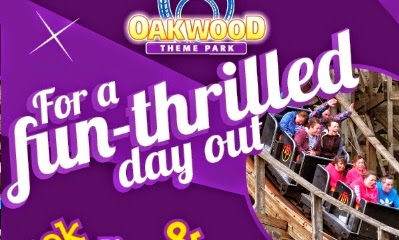 When I suggested I took a trip to St David's my d-i-l started to fuss around asking if I was sure I knew what bus to catch until my son stepped in and told her he was sure I would be fine left to my own devices for one day, "after all she spent a week riding around on the buses in Ireland on her own"

To get to St Davids from Haverfordwest I caught the 411 Fishguard via St Davids bus. It travelled along the peninsula's south coast through the villages of Roch, Newgale and Solva. Imagine my surprise last winter when I opened a paper and saw the photo of the pebble bank at Newgale flattened and stretching across the road and onto the low lying grass land on the other side of the road. 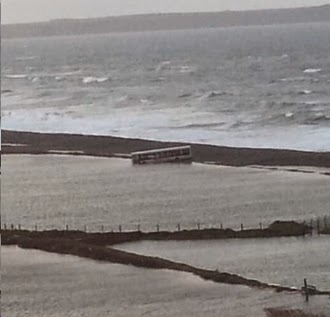 I shivered because, when I went past in Summer, the bank of pebbles were too high to look over from the bus!!!

The Strumble Shuttle runs on Thursdays and Saturdays until May 2015. 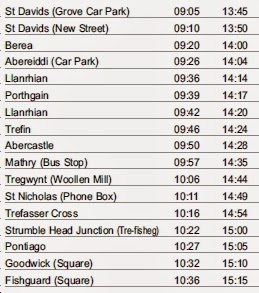 There are numerous named services as part of the package ... 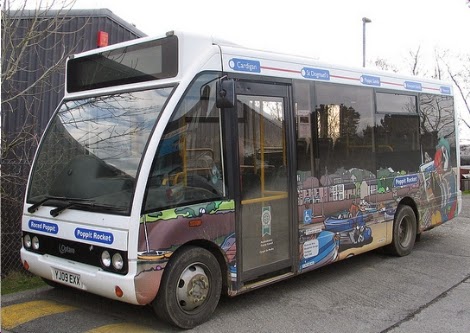 And yes; there is a place called Poppit ... 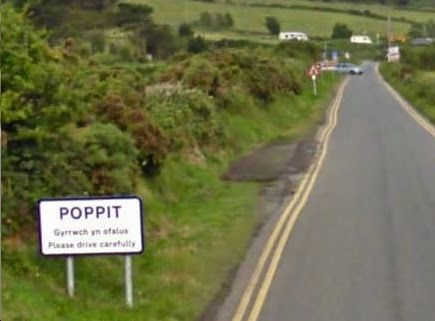 ... although it is probably the vast expanse of Poppit Sands that would be the key attraction. 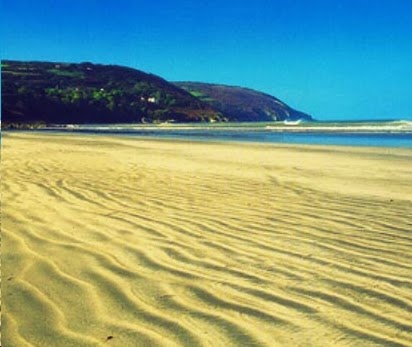 This whole coastline is utterly magnificent and fbb hopes (as does Janet from experience) that this network can survive the turmoils of the current Welsh Assembly policy on bus "subsidy". Passengers await details of the 2015 services, mindful of the fact the tourist buses are politically easy to cut because local voters are not the main users.

But thank you Janet for sharing your interest and thank you, also, for your kind offer to provide additional material from time to time.

fbb adds a "Stumble to Strumble" and a pop over to Poppit to his ever growing "bucket list". But, just for the record, the bus doesn't actually get to Strumble Head ... 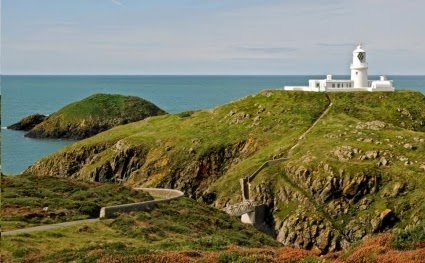 ... in the winter; you have to wait for the summer suns or have a bit of a walk! 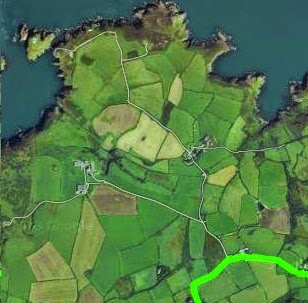 
Next bus blog : Monday 19th January
Posted by fatbusbloke at 02:00