That's The Way to Do It!


fbb has previously blogged about the temporary timetables and diversions to cover relaying of track on the Sheffield Supertram network. 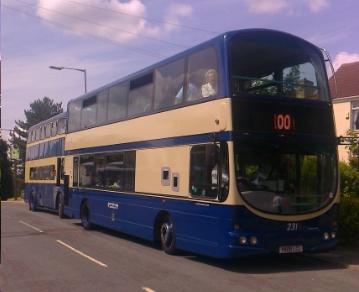 On his way to prepare for the Rotherham 100th celebrations, fbb decided to don his heavy disguise, to empty his mind of previous knowledge and to attempt a journey over the Supertram route that was being relaid. 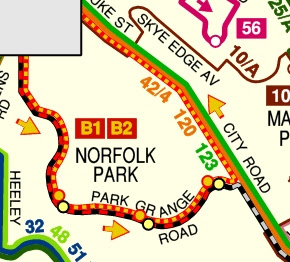 Upon arrival at the railway station, he made his way to the tram stop where it was clear that "summat were up." 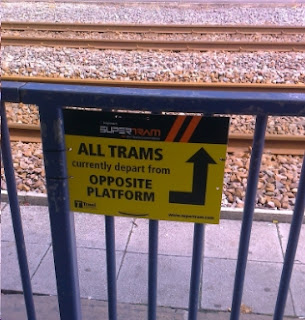 And on the platform the uppedness of the summat was fully explained. On the "opposite platform" fbb was clearly instructed to take a tram to Castle Square, i.e. in the wrong direction ... 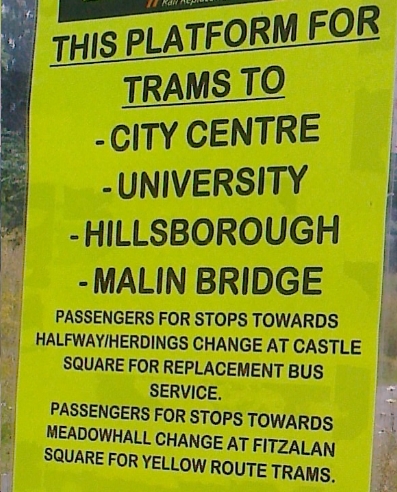 ... where Supertram staff would be in place to guide him to the replacement buses as shown on the fbb map above. 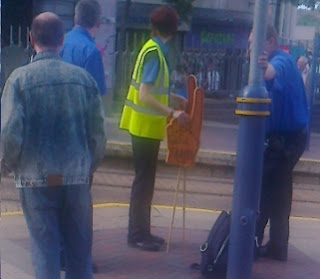 ... clutching Olympic-style orange pointing hands on sticks. These were gesticulated violently towards Arundel Gate; supported by plenty of arrows tied to assorted lampposts. 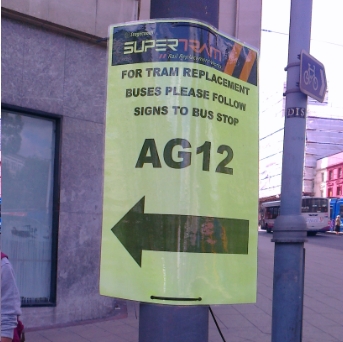 There was a choice of two routes but fbb was advised to take the first bus out which was the B2 all stops route. "All stops" did just what it said on the tin; including a surprisingly convoluted wiggle via the end of the bus station ... 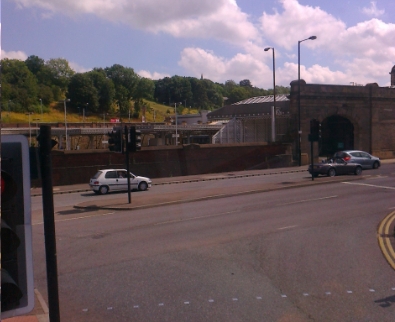 ... to get to a station stop; where  no-one boarded. fbb could have saved 12 minutes by leaving the station via the main concourse and catching the bus; it wouldn't have been such fun! But the notices did not offer that option, probably because the "all stops" bus is less frequent than the tram plus express bus version.

On the tram route proper, men in dayglo orange overalls were laying track (or, more accurately, poking new rails into the slots cast in the concrete) ... 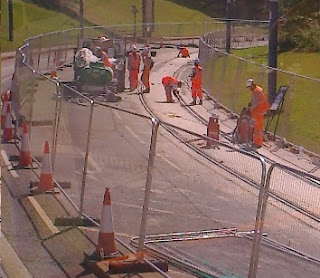 ... as the bus sped (?) through chicanes and over to the "wrong" side of Park Grange Road. It was disconcerting to revert to good old traditional tram-stop days and load in the middle of the road, then veer over to the "down" side. 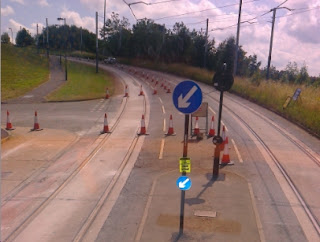 For obvious reasons this normally busy thoroughfare has been made one-way "up".

At Spring Lane the interchanging passengers were directed to the "normal" shelter whither arrived a tram in just a few moments. 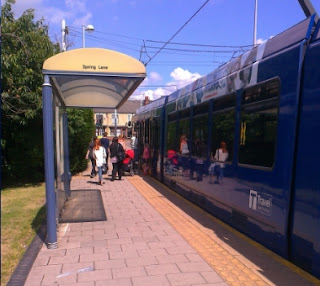 fbb then decided to change at Gleadless Town End to the P1 route replacing the line to Herdings Park.

Here the news was not so good. There were no directions to the bus stop and with a choice of three, even fbb was momentarily disorientated. He did, however, glimpse a dayglo sign in a shelter ... 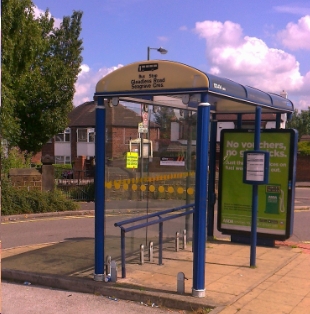 ... which proved to be the correct clue.

In the previous blog, fbb opined that the replacement route from Herdings Park to Gleadless by bus; then tram to Spring Lane; then bus from there, would prove too complex and lengthy for most. People would surely choose other bus services. 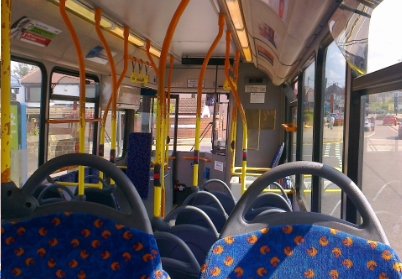 The loadings on the shuttle were, like, nobody, except fbb who was eyed "with polite suspicion" by the driver. fbb questioned him closely and his reply confirmed, "it's very quiet all day." Too right buster!

But there is one remaining mystery. This track relaying work was advertised as taking "about" 12 weeks. The timetable booklet is still available on-line. 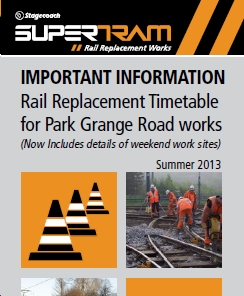 The work started on 30th June, so we must presume that disruption will continue for another month.

So why does the ever accurate and ever helpful PTE publish this in its late Summer bank holiday arrangements leaflet?

Laving aside a possible PTE bog-up (what a surprise!) and the poor information at Gleadless, the replacement facilities, the printed publicity and the personal guidance to passengers were all excellent.

But then, by comparison, comes further news from Northampton!


Next Bus/Rail Blog : Friday 30th August
Posted by fatbusbloke at 02:00