The fbb's were glad that it turned out fine; but the project seemed simple at first. Travel to Lyme Regis to pick up a gift for Archie Robin Fearnley (son of you-know-who) who had his first birthday last week. 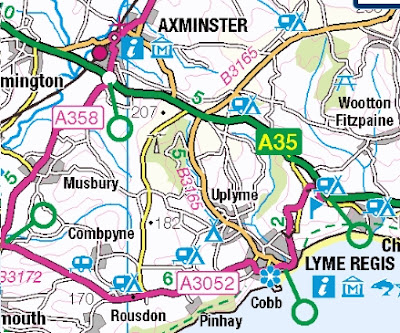 After some domestic debate, the option of travelling direct from Seaton on First's route X53 was rejected as it only runs every two hours. The forecast (dateline Saturday 3rd August) was for heavy showers, thunderstorms and general nastiness interspersed with sunny periods. The thought of a two hour gap in which to hide from puddles and precipitation was potentially off-putting.

What about Park and Ride? There are two such sites in Lyme Regis, one located conveniently on the main road from Seaton. 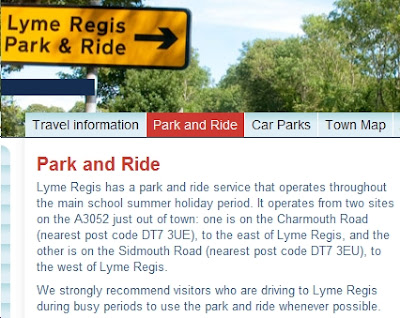 What the publicity doesn't tell you, however, is that the Sidmouth Road service does not run into the centre of Lyme Regis. It runs down Cobb Road [A] ... 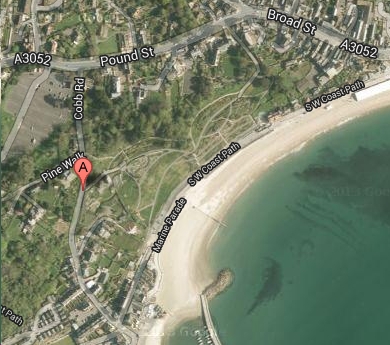 ... to the "Cobb Village" (map, bottom left) leaving a substantial trudge along the sea front to the town centre (top right) - and back! Again less than prudent in the event of an occasional downpour.

Added to which the car parking costs £4. 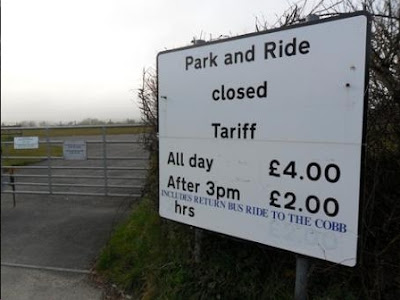 Thus meanie fbb came up with a cunning plan. Instead of driving to Sidmouth Road Park and Ride, why not drive a similar distance to Axminster Station car park where the Saturday rate was only £3 a day and an hourly service 31 would whisk the old crusties right into the centre of Lyme Regis.

Sadly the selected simplicity slowly seeped away when the fbbs arrived at Axminster. 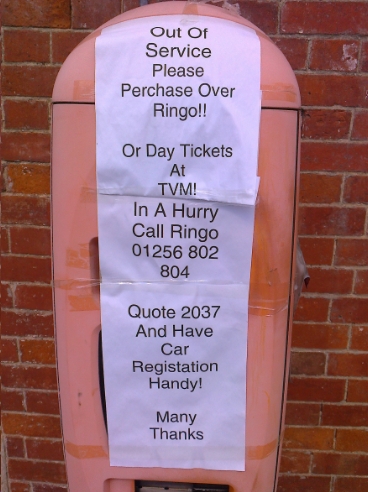 It is not at all clear why tickets could not be perchased in the station ticket office, but a sulky fbb declined to battle with mobile phones, debit cards and Ringo ... 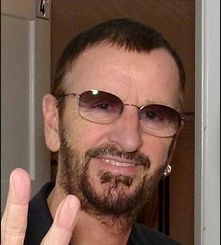 ... obviously doing a bit of part-time call-centre work for Southwest Trains to eke out his meagre pension. In any case, the Axminster town car park was equally convenient and similarly priced ... 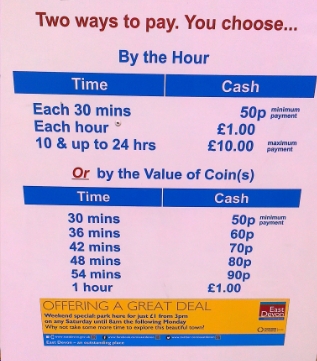 ... assuming the fbbs could complete their mission within the three hours for three quid deadline. Simples!

So a short stroll from the car park to Trinity House (? it's a department store not directly concerned with "the safety of shipping, and the well being of seafarers") ... 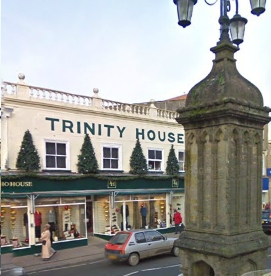 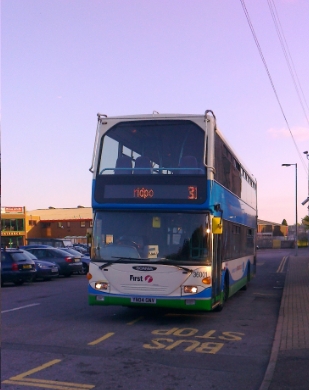 It was 15 minutes late which might well have prepared our trusting travellers for what was to come. The ride was pleasant but uneventful. 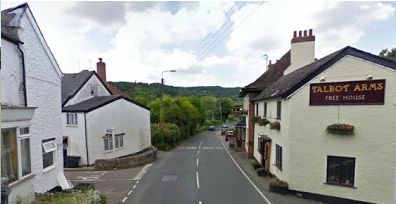 After passing through the pretty village of Uplyme, the top-deck observer may well spot the site of Lyme Regis Station, now a light industrial estate. 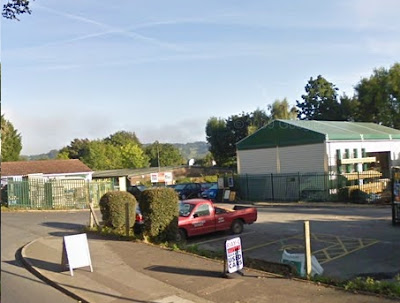 Sadly nothing remains of the station appurtenances (closed in 1965) ...

... except the associated Victoria Hotel (seen above, top right). 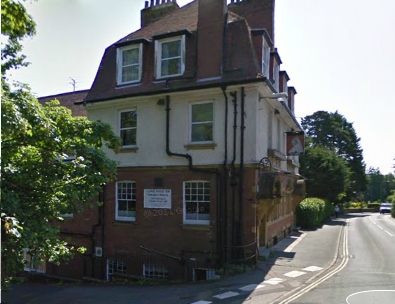 fbb and Mrs were less than successful in choosing his alighting stop in the town. They missed the Post Office and were carried through the town to Anning Road. 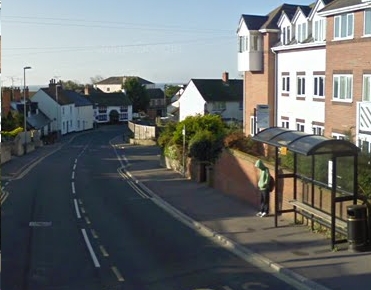 But this unforced error did allow your investigative blogger to walk back through the narrow bits of road that lead from Lyme Regis to the east.

And narrow is the operative word!

For the wee bairns there some is rather unoriginal "stuff" to do:- 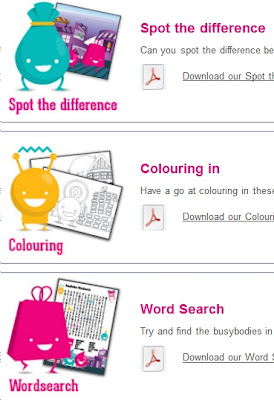 The wordsearch is particularly feeble.

And for adults there is a list of places to visit. If you are in "Central Scotland" these come with web site links ... 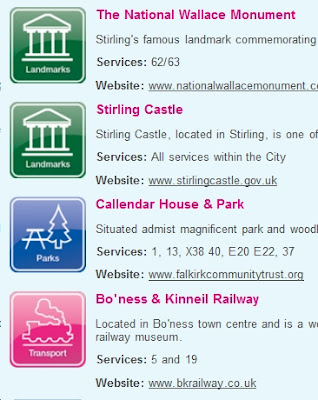 
Sadly, if you live in Glasgow such a technological luxury is unavailable to you ... 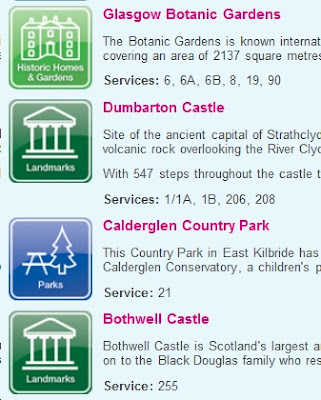 Enjoy (?) the full splendour of the web site (here).