fatbusbloke's
Awesome
Aberystwyth
Adventure
Part 5
A quick reminder; fbb was enjoying a toasted bacon sandwich at the caff opposite Aberystwyth Station sheltering from persistent precipitation whilst waiting for his 1030 Vale of Rheidol train. There was a good view of comings and goings at the bus station, mostly buses in white livery ... 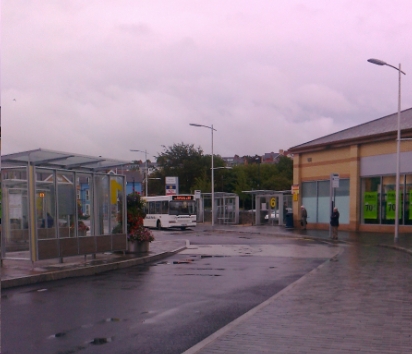 ... with the occasional Arriva blue. Before his second breakfast, fbb has attempted to plan his afternoon activites in that enforced two hour wait. His plan was to have a ride on the funicular cliff railway ... 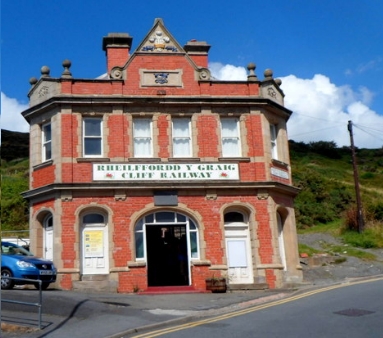 ... situated at the north end of the promenade. Unwilling to walk in deference to the downpour, his idea was to catch a town service bus; if such a beast could be hunted down. 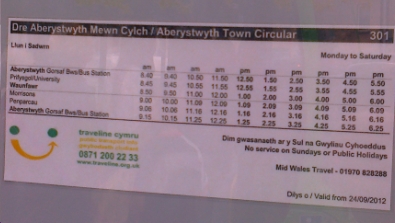 He found, by accident, a 301 timetable but with no mention of the Promenade or Cliff Railway. There is no enquiry office and no route map - anywhere. (even on-line!).

He asked a fellow passenger who, like him was on holiday and had no idea. Isn't that always what happens?

A passing gent offered to help but, in the end, didn't know.

He did think that there was a bus station "man" who "wandered around" answering questions.

No such person appeared; probably hiding from the rain.

A third kind soul thought that the green bus went via the promenade but wasn't sure.

But as his sarney was delivered to his table, this appeared and whizzed by the cafe window. 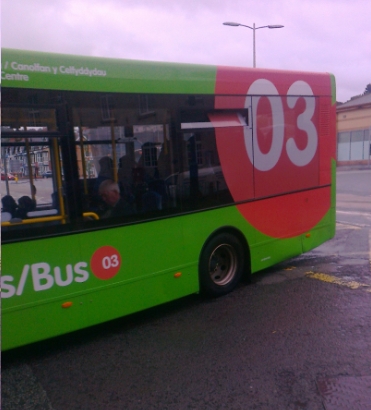 So after suitable refreshment fbb trotted (squelched?) over to the stand from which the "03" had departed. And lo! There was a timetable and a route diagram. The diagram (difficult to photograph due to reflections) was decidedly unhelpful ... 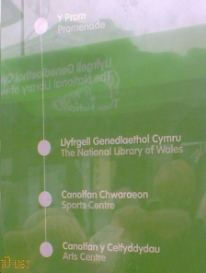 ... as it appeared to show a link between the Promenade (Y Prom?), the National Library of Wales, a sports centre and an arts centre with no mention of the bus station. Not very helpful but it was a green poster for a green bus. The timetable showed that buses ran every 20 minutes on Monday to Friday ...

... so fbb decided to wait for the next one and ask the driver. But it never came. So, damp and disconsolate, the bedraggled blogger went off to catch his Vale of Rheidol train, determined to complete his research later in the afternoon.

Sadly, perhaps due to general sogginess, or more likely as a result of old age and incompetence, fbb had made a very spectacular bludner; and a bludner not un-made until the corpulent one had returned home after his holiday.

Despite fbb's personal failings, the lack of adequate information, the absence of a route map and  no access to a real person makes life very difficult for strangers and occasional bus travellers. It could be so much easier with a properly indexed timetable book and map and, despite pleas of poverty by local authorities and bus companies, the costs are negligible. The benefits, of course, are that confidence and in-hand assistance make the potential traveller into a real live bus fare payer.

What other retail industry makes it so difficult to find out what the companies' products are and what they cost?

But it is all available on-line ... 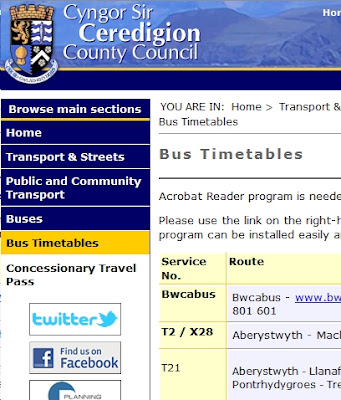 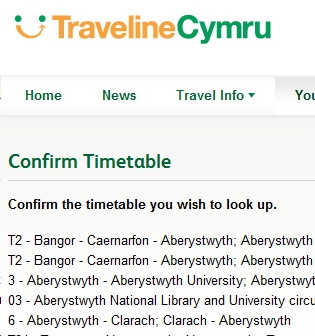 ... and everything is just a few clicks away! 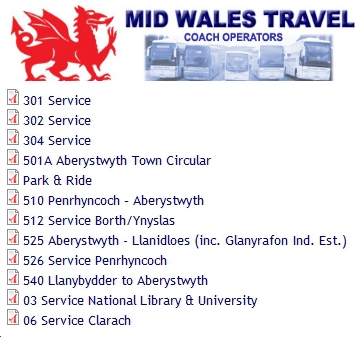 As  we shall see when we return to the 03 problem next week.