Today, First Bus have announced the purchase of Finglands of Manchester from current owner, East Yorkshire, but subject to OFT approval. A bit more on this tomorrow, hopefully. 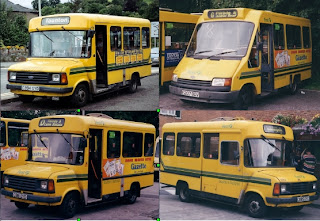 Plymouth Citybus’ announced that it will launch a prestigious new service between Plymouth, Yelverton and Tavistock from October 5. The company has invested £1 million in a new fleet of four high specification Enviro 400 double deck buses; they will incorporate leather seats and free Wi-Fi. The buses will also be the first Citybus vehicles to be dressed in their new premium brand, to be unveiled on Saturday September 28. The new fast route will operate up to every 30 minutes from Monday to Saturday and will have a Sunday service. 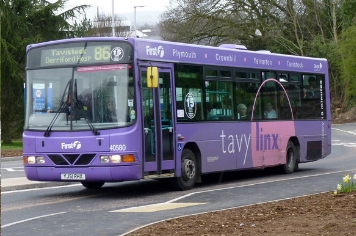 First Bus (current operator of Tavistock service) lost out in the "battle of Ivybridge". Do we foresee a touch of the "Northamptons" in South Devon? And Stagecoach are pushing forward as well!

Stagecoach South West announced that, starting 30th September 2013, they are introducing two brand new ‘Stagecoach Gold’ routes which will operate between Torquay, Paignton and Totnes up to every 30 minutes, 7 days a week; continuing to either Dartmouth or Plymouth via Ivybridge, each hourly.

The bishop says "I'm afraid you've got a bad egg, Rev Jones". Apparently trying to avoid offence or curry favor, the curate replies, "Oh, no, my Lord, I assure you that parts of it are excellent!" 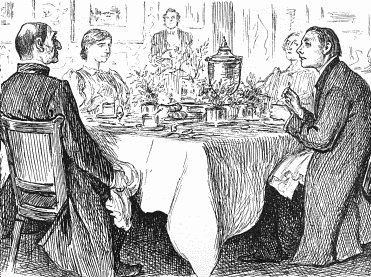 Mr Fearnley says, "fat bus bloke, surely you're not moaning about the new network in Taunton?" fat bus bloke replies, "Oh, no, my Lord, I assure you that parts of it are excellent!"

At the bus station and at all the town centre stops, posters and maps were visibly pasted giving due notice of the new network. 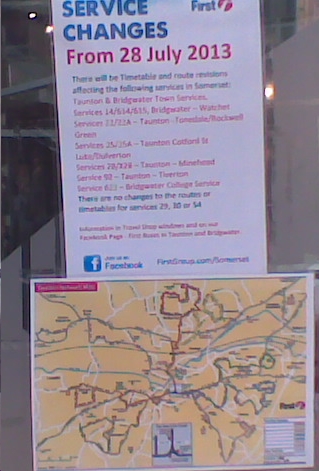 Sadly the maps were not entirely accurate; as the withdrawn 92 ... 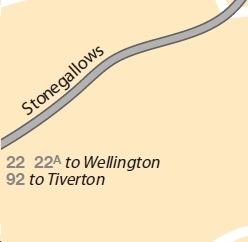 ... all get a noble mention. Happily these bludners have been corrected in later on-line versions! What has been missed, even with the Mark II corrections, is the tricky oscillating manoeuvres demanded of route 2 at Priorswood. 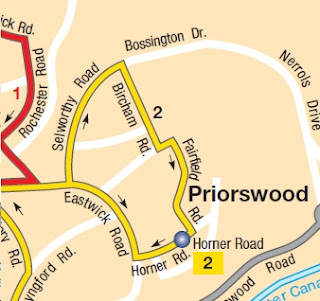 Look out for the arrows! [Old joke number 453, "Forget them arrows, pardner, I baint seen no Indians." Chortle, chortle.] The (erroneous) map is also included in the Taunton Local Buses booklet.

There were oodles of timetables in bus shelter frames including a double set at the bus station. fbb's only complaint is that the print was far too small. 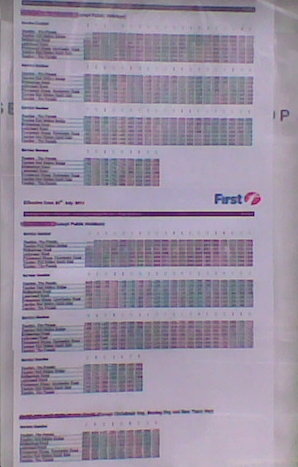 Which begs a question. Why does First Bus insist on filling all available space with columns of numbers when simpler and equally understandable solutions could be used. Then the print could be bigger and the customers might be able to work out when the buses run. Now there's a novelty!

A quick check in the bus station enquiry office revealed plenty of leaflets as well as the small-print timetables on display in windows and frames. But then you would expect First Bus information at First Bus' bus station, wouldn't you?

On fbb's previous visit to Taunton he had to ask where the Tourist Information Office was; there were no obvious signs. It is, of course, (of course) in the Library ... 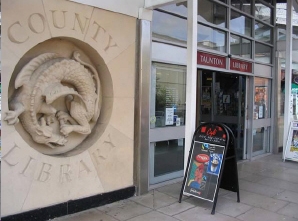 ... a few short but well hidden yards from "The Parade" - itself something of an enigma. See "Taunton's Terrible Transport Traumas [6]" (read again). 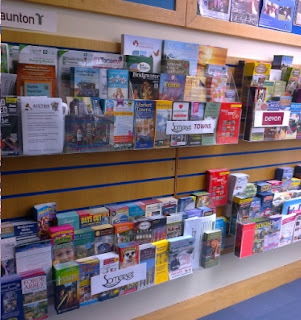 ... including a large rack for cyclists. 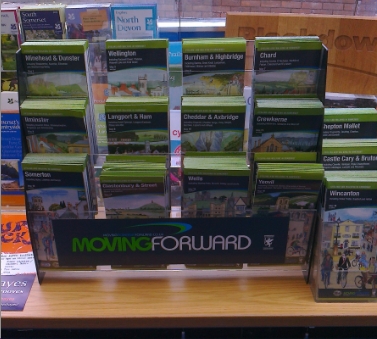 But the bus service information (although, apparently, up to date) was in a disorganised carousel ... 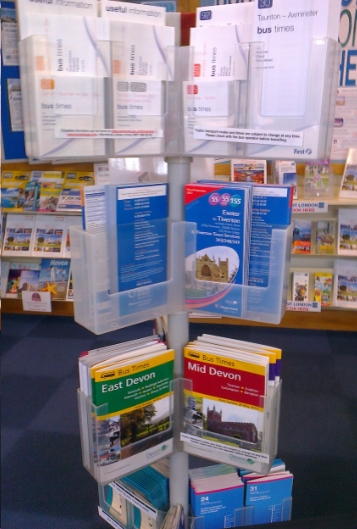 ... with no indication of whether the set was complete and no sign of any route maps. The same unit held a selection of train timetables plus, of course, the excellent Devon County books. Big surprise though, NOT; diddly squat from Somerset county. The selection might have been complete, but for a visitor, even a "Tourist" seeking "Information" at this particular "Centre", such an eclectic mix of "stuff" is less than helpful.

But we cannot blame First Bus for a lack of interest in public transport at the TIC. First have made a valiant and effective effort to publicise the new Taunton network. All the buses fbb observed appeared to be on time, clean and showing the correct destinations. Parts (large parts!) of their new network and its publicity are, indeed, excellent.

Tomorrow we look at leaflets, bus stops and the dramatic new fares structure.

Next Bus Blog : Friday 2nd August
Posted by fatbusbloke at 02:00