fbb's knowledge of public transport in rural France is similar to his understanding of sub-atomic particle physics; i.e. not a lot! But he does know that local rail services are in the hands of an SNCF subsidiary called TER.

In turn, TER is split into a series of regional units that work closely with the civic authorities to deliver (heavily?) subsidised rail networks to the less urbanised areas of France. Thus it is that TER Alsace runs trains to Rosheim. 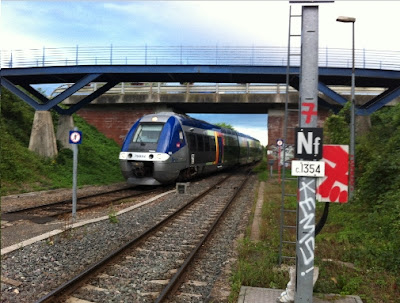 The present station buildings were adapted to replace the former two storey structure which is now boarded up and unused. 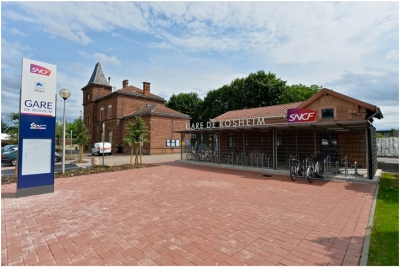 Important and influential yet anyonymous local personages had been photographed at an official launch; ... 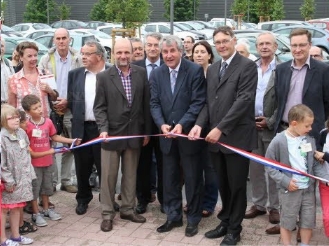 The line is single track, the station is unstaffed (with no "guichet") but has a self service ticket machine. Being France where "Health and Safety" is always overruled by "bon sens", there is no footbridge or barrier system on the platform, just a little illuminated sign  warning of an oncoming train. 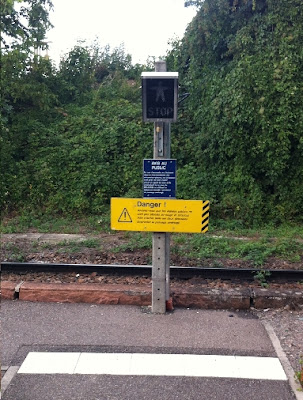 How very refreshing. And sensible!

The line was re-aligned in the early years of the 20th century, taking the station further from the town. The original line is now the D207 road ... 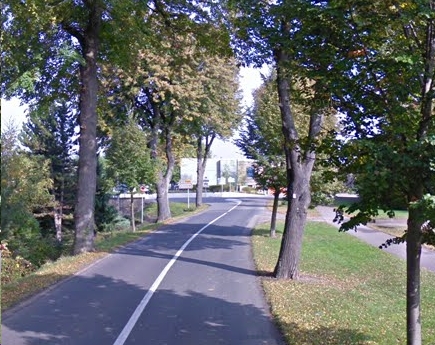 ... and the "Maison d"Enfance" building is where the old station sat.

Until 1954 there was a "Rosheim Ville" station on the now-closed branch to Saint-Nabor. This line soldiered on with limited freight trips until 2002 but the rather primitive station ... 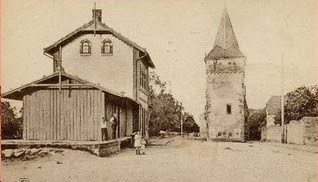 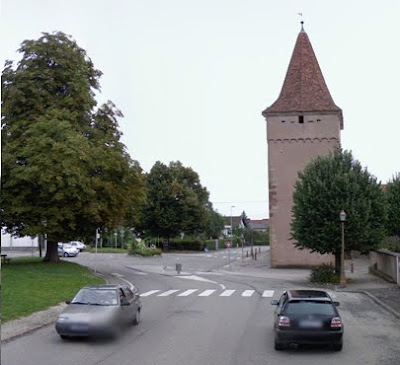 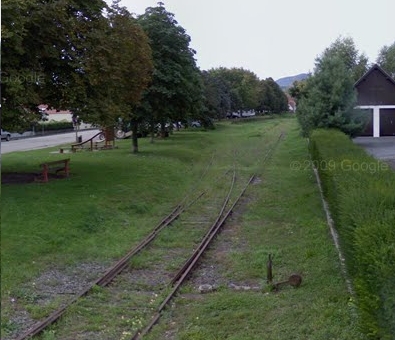 ... the remnants of the points lever and, of course, a sign warning motorists of the level crossing (below, left)! 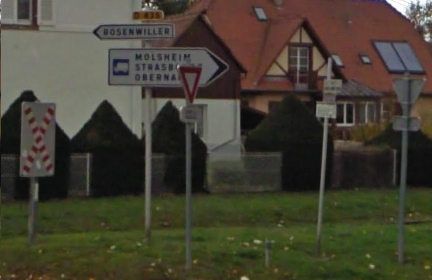 Tourist trains also ran between Rosheim and Ottrott along part of this route; more research needed!** 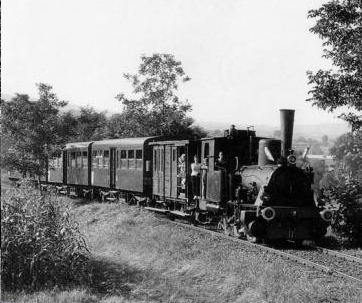 In order to pull these snippets together, fbb has created a simplified map; E and O E! 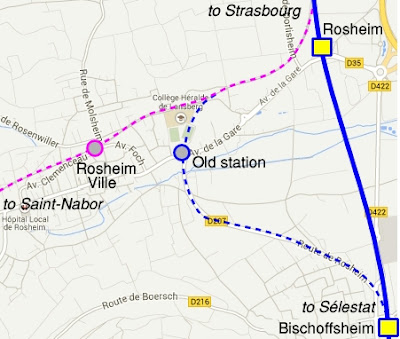 Today's train service looks very impressive for a railway backwater; the town has a population of a few less than 5,000! But it is typical of the effort (and the money) that is being thrown at these rural lines to encourage travel. Monday to Friday there is generally a 30 minute service between Strasbourg and Barr with one train an hour continuing to Sélestat. 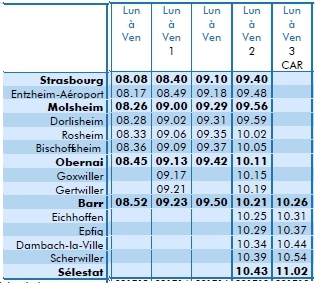 Note 1 indicates trains that do not run on 24th and 31st December and Notes 2 & 3 indicate a "dated" coach link from Barr to  Sélestat, presumably for engineering work. For the record, frequency is halved on Saturdays and trains run all the way from Strasbourg to Sélestat every two hours on Sundays. To confuse the unwary, Saturday (Sam) and Sunday (and Bank Holiday : Dim et Fêtes) times are shown on the same table. 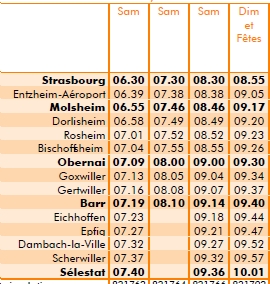 As can be gleaned from the various photos, stock is either four-car or single-car diesel units; and very smart they look.

But, being France, the timetable is not quite as straighforward as it may seem at first; and we will address the typically French features thereof tomorrow. Meanwhile, readers can enjoy pictures of the three gate-towers that span the main road through the town (travelling from East to West). 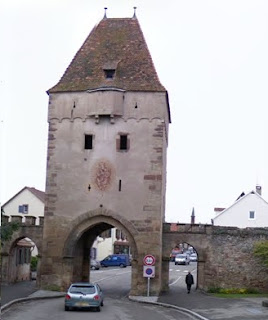 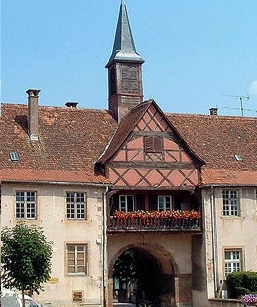 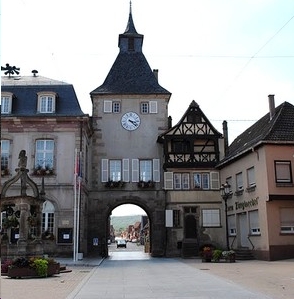 Together with pedestrianisation they must make bus operation a bit tricky!

** P.S. Research exploring the "Tourist Train" between Rosheim and Ottrott has been productive and an extra blog will be blogged on Tuesday. There is much more of ferroequinological interest to this little corner of Alsace than at first would be apparent.

Trucking chum David has set the seedy brain of fbb off an an uncharacteristic outbust of rich and prolific railway florescence. Thanks mate!