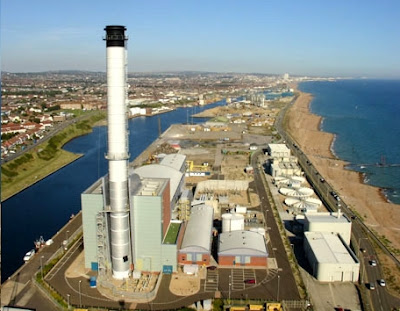 Once thought of as the industrial end of greater Brighton (although over the border in West Sussex), the two distinctives of the town have been the power station (above) and the beautiful Art Deco terminal building at its Airport ... 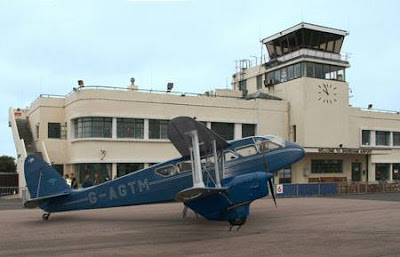 ... used in "period" TV dramas and films. Shoreham Beach, once litttle more than a spit of shingle at the mouth of the River Adur (pronounced Ada as in Aunty Ada, not Eh-Dooer) ... 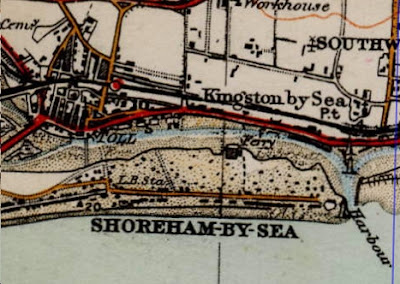 ... may well become home to aforementioned No. 3. Reputedly one-time naughty DJ now entertainment impressario Chris Evans lives there. [Well that's what Wikipedia says; so probably incorrect!]. In recent years The Beach's collection of smart post-war bungalows and semis has been joined by blocks of posh flats. 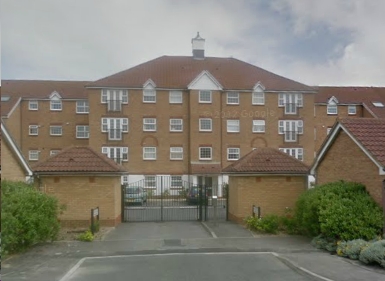 There was great celebration in 1921 when the authorities opened a footbridge from Shoreham High Street across the water to, well, the other side. There was once a ferry as well, also shown on the above map. 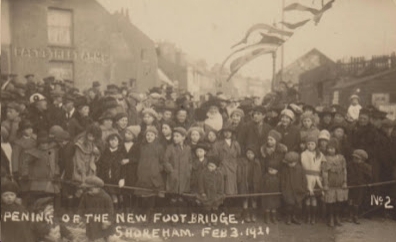 In recent years the bridge has been showing its age ... 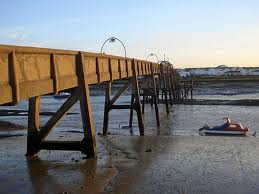 ... and, despite huge cost, it is being rebuilt. In fact the super new footbridge and cycleway is due to open in September. Here is a bit of video:-
During most of the rebuild, the old bridge has been closed and a replacement bus has been provided by local operator Compass. 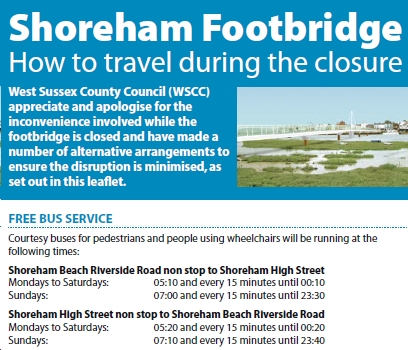 Now this is the shuttle bus ... 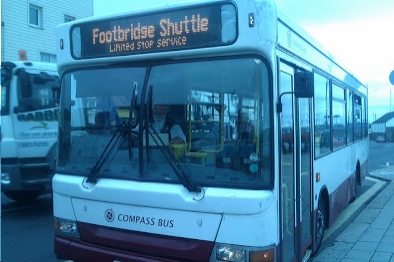 ... and below is the service 19 bus, which forms a sort of Shoreham town service. 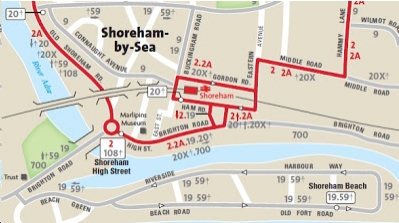 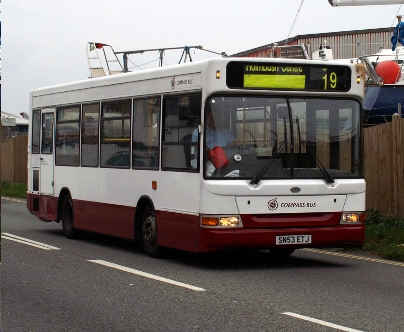 So No. 3 son hopped onto the 19 to get back to the Station after a bit of house-hunting, just as the Shuttle pulled up behind. No. 3 dutifully paid £2 for the ride back instead of zilch on the shuttle. Son reported that the driver "looked a little sheepish" as he issued the ticket but did not advise the alternative!

To be fair to all concerned, the Shuttle only stops at both ends of the bridge, whereas the 19 is a normal service which stops at the station. 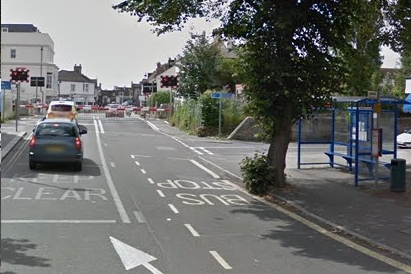 But as the boy says, "You have to know. Nobody tells you."

So why a shuttle bus? Surely it would have been sensible to keep the old bridge open until the new was ready? Indeed that was the intention but this half-hearted explanation appears on the Splash FM web site.

"Nobody could have foreseen we would incur the transport related costs as a result of having to shut the existing footbridge on safety grounds before the replacement could be constructed. The original plan was to keep it open so pedestrians could use it. Once that proved impossible we decided to minimise the inconvenience to pedestrians by arranging for a regular shuttle bus; a move which has proved popular with passenger numbers averaging 1,000 a day."

Elsewhere we are told ...

"In the interest of public safety the footbridge will now remain closed until it can be fully demolished. When the engineers removed some of the bridge and assessed it during the intended short-term closure, they described it as a bit dubious and said and they can’t guarantee people’s safety as it’s 100 years old. It’s too much of a risk to keep it open.”

So, after 92 years of use, suddenly it becomes unsafe? Really? What exactly is "a bit dubious"? Politicians protecting their posterior perhaps? It's only cost an extra £300,000 for the bus service. 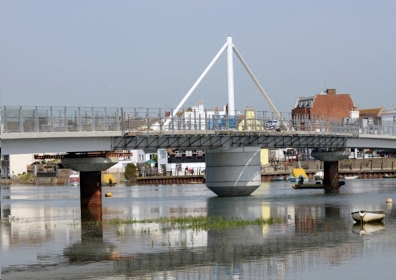 But the new bridge does look very impressive.

If No. 3 son does manage to buy his flat on Shoreham Beach he will doubtless be using the new bridge by foot or velocipede as he commutes back to London to play with computers somewhere. Kind of "them" to rebuild it for him!


Next Bus Blog : Monday 5th August
Posted by fatbusbloke at 02:00