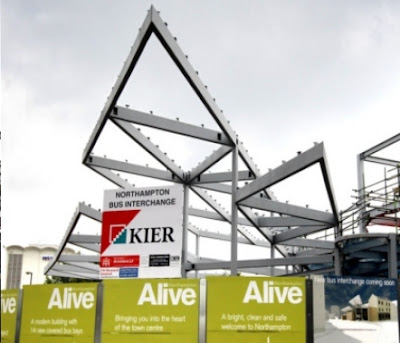 A corresondent to Northampton's local paper writes something which should be inscribed on the wall of every council chamber in the land; "Politicians ... get carried away with an overpowering sense of their own standing and importance and and fail to see what is obvious to almost everyone else in the town." The writer has the silly idea that our new bus interchange (apparently you mustn't call it a bus station) won't be big enough .

As was obvious on the plans, the queueng area for bays 1to 4 is very small so infrequent services are going to use them (Which ones would they be?)

We are told that Stagecoach did not want any facilities provided for staff. (The councillors also believe in Father Christmas, the tooth fairy and that the moon is made of cheese).

National Express are still exiled to obscurity Victoria Street, a quarter of a mile away, as they have this annoying habit of wanting coaches to layover for 20 minutes or so. That's why the new facility is called an "interchange"; mostly, you won't be able to interchange there because many services will ignore it!

Stagecoach's solution is to make as many services as possible cross-town so that they can use The Drapery. That's why the new facility s called an "interchange"; mostly, you won't be able to interchange there because many services will ignore it! (The repeat is intentional!)

Once it is open, we shall be able to confirm if it works by visiting at 1600 on the first Wednesday (market day) when the schools are open. 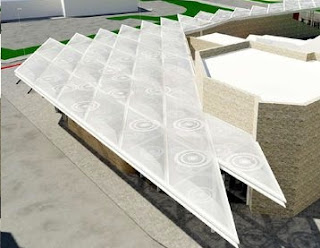 ... (over the bus bays, top of picture) seem superbly designed to ensure that, once we have left the cramped undercover queueing area and are waiting (still queueing) to get on the bus and pay our fare, the rain can dribble coolingly down the back of our necks.

The sunken fishing boat, the last of its kind, has been rescued from its watery grave and returned to its stationary station on the beach. Its cabin and other detritus are parked on the wheeled landing "stage". 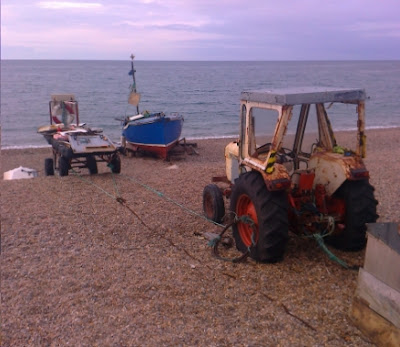 fbb notes that the sign advertising mackerel fishing trips has been folded away to face the sea rather than the Esplanade! 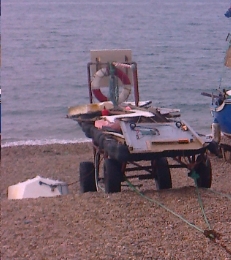 This poster is on display at Northampton's existing bus station. 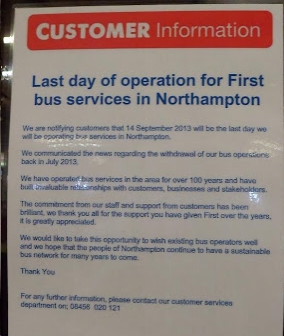 In essence it is First Bus' thanks to its loyal passenger as the company ceases to serve the citizens of fbb's birthplace. The text contains this sentence:-

"We have operated bus services in the area for over 100 years."

"Actually it is quite an achievement to have operated the public transport in Northampton for over a hundred years as this recently discovered photograph shows ... 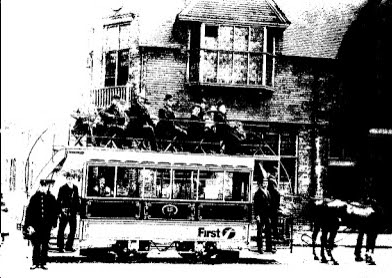 ... but where is our commemorative vehicle? I suppose a fifteen year old single decker with grubby paintwork, damaged bodywork and windows in need of replacement is not a good vehicle to use for such a project.

"I have made an appointment at my therapist's as my memory is obviously failing and I must have imagined all those red buses with Northampton Corporation Transport and the borough coat of arms on the side ... 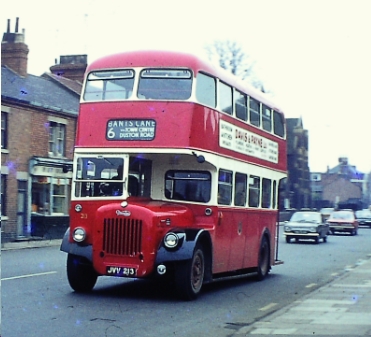 ... which apparently never existed and which, people keep telling me, were operated by the most profitable municipal undertaking in the country.

"Surely this cannot be another howler from the Keystone Cops of public relations; First Northampton Customer Service? Whatever will they tell us next weekend? Moir Lockhead invented television? 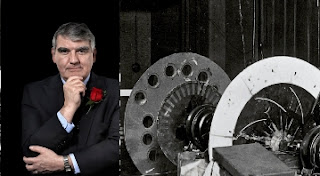 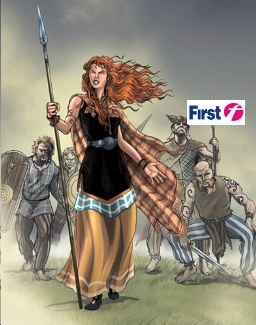 Thanks, Alan for your perceptive contribution; also for the basis of the first item (above) about the too-small bus station interchange.

The bloggosphere reveals that the First bus in celebratory GWR Livery is ... 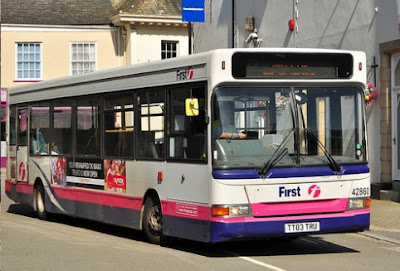 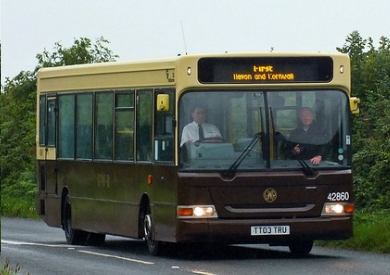 Not discovered until after yesterday's bog was published is the timetable poster for the GWR bus service. 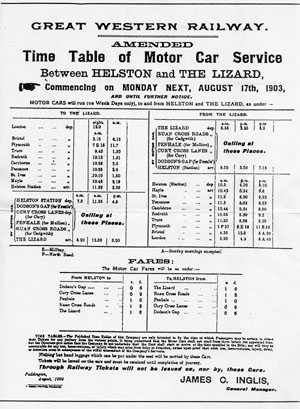