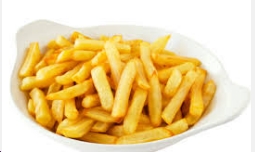 But not for this "James Bond" and his sultry "bond-girl" ... 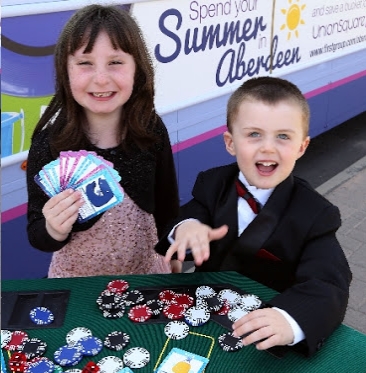 ... photographed at a well known gambling den in Aberdeen. Did they get there on a First bus? 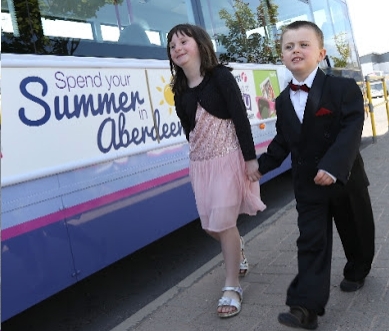 To mark the first day of the school holidays the city’s leading bus operator, First Aberdeen, launched a series of family friendly initiatives, designed to help keep children and their parents entertained over the Summer. Firstly, a youthful James Bond and his ‘Bond girl’ took to the casino table for a game of Snap as they launched First’s Busybody "trump style" cards. 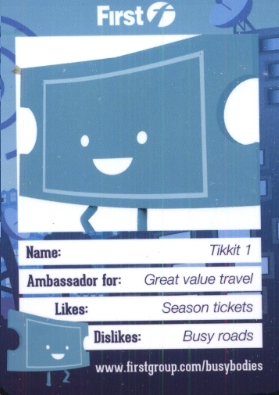 Customers will have noticed the Busybody characters on board bus services; there are 15 in total and are used to highlight important customer information, such as timetables, special offers, park and ride, student travel and wi-fi. 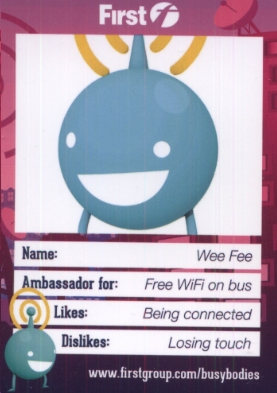 The cards have been introduced to make bus travel more fun for kids – drivers will be giving away a number of packs to families during the school holidays. 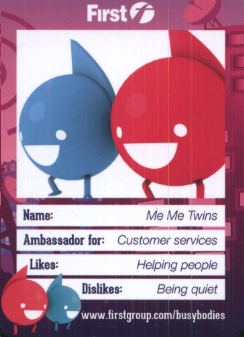 When fbb read the announcement, his mind raced back to his own children and their enthusiasm for "Top Trumps" card sets; a game at which No 1 son was a world expert aged 8 and destroyer of any adult who foolishly agreed to a game. In simple terms the cards had various qualities with numeric values and higher value trumped the lower. 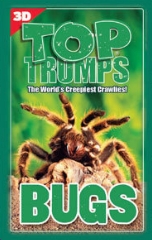 So a fly played as "speed" would beat a scorpion; but a black widow played as "venom" would trump a wasp. The player who managed to capture all the cards (i.e. fbb's No 1 son) would win. 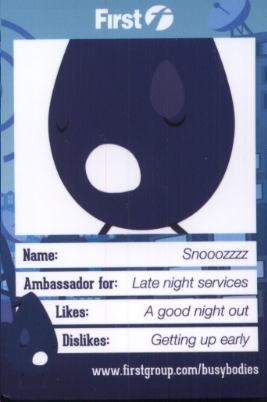 Sadly the cards have no quality values and can only be used for games like snap. Shame. 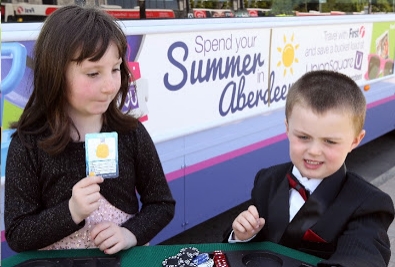 The characters on the cards are called "busyBodies", by the way.

The busybodies, all with cute names, have been created to put a friendly face to important information. Our 14 cartoon characters have their own, loveable personalities and promote a range of services. You'll find the busybodies in our newspapers and magazines, on our advertisements and even on the backs of our buses. They'll make an appearance or two inside our buses too!

Impressed  by this zany idea, fbb was kindly sent a full set of cards and is only waiting for the summer rains to come so that he and Mrs fbb can enjoy the game.

And be impressed with the quality of First Bus services.

Which, you may ask, is fbb's favourite BusyBody? ... and his "value offer" is for Hospital Services. [Think ambulance siren; "nee naw nee naw" = Geddit?] Certainly "Neenaw" looks decidedly unhealthy. Almost as fat as someone else we know, eh?

And the Bond Girl won! 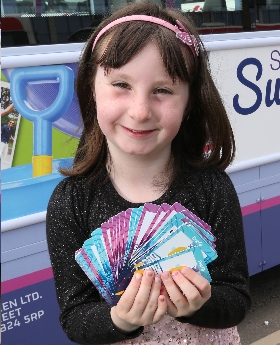 
Cynics may think that ideas like this are just plain silly. Perhaps this one is dafter than most? But bus travel is about people; and anything that lifts the image of the "humble bus" in the minds of existing and potential customers can't ever be bad.


Next Bus Blog : Sunday 4th August
Posted by fatbusbloke at 02:00