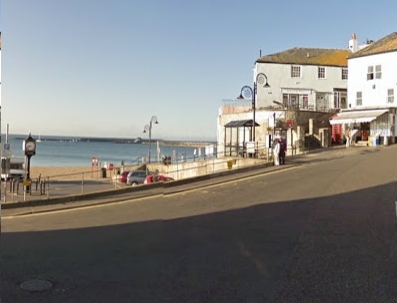 Lyme Regis Square is the location of the westbound bus stop in the town. It is almost exactly half way between the two eastbound stops at the Post Office and Anning Road. It is here that fbb and Mrs fbb arrived significantly early to catch the 1344 service 31 back to Axminster.

Those determined blog readers that are following this series will remember that their arrival had been  15 minutes late ; as it turned out, an ominous omen for ongoing omnibological opportunities.

Nevertheless those few minutes allowed the chubby one to spot Lyme's two other bus routes. In addition to the 31 (Weymouth, Lyme, Axminster) and the X53 (Poole, Weymouth, Lyme, Exeter), there is a local service in the town. It runs on a basic hourly cycle ... 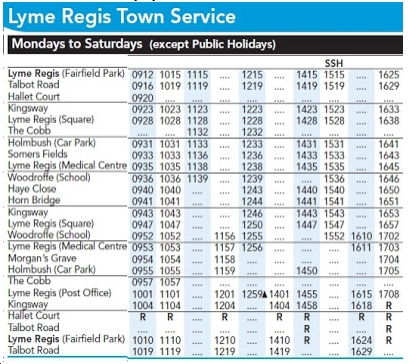 ... visiting most parts of the town once or twice each hour. The route is convoluted and seemingly incomprehensible to an outsider. 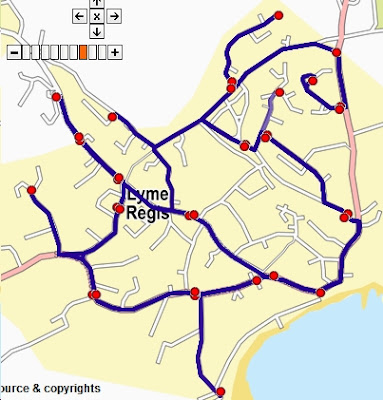 Presumably locals get to know by experience or blind guesswork. This educational process is not helped by a sideways timetable page in a very dirty frame at the square! 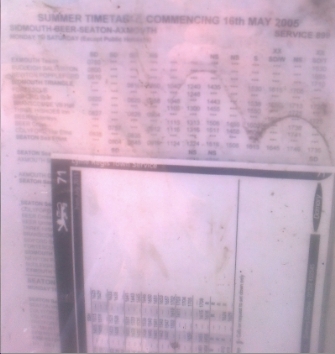 The other timetable was dated 2005 and was for the Axe Valley service 899 which doesn't run to Lyme Regis! 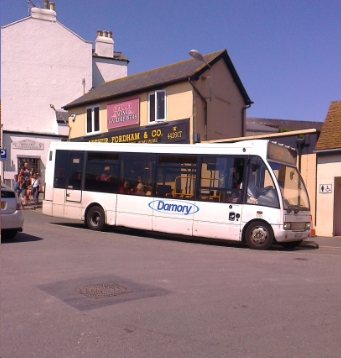 The 71 passed the Square a couple of times on its magical mystery tour, operated by Damory Coaches, Wilts and Dorset (sorry, More; or even Red in disguise). From time to time the Charmouth Road ... 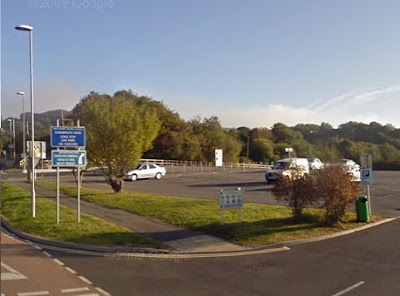 ... park and ride bus turned up, performing a fairly lethal reverse into the little car park entrance, scattering visitors and locals in its wake. 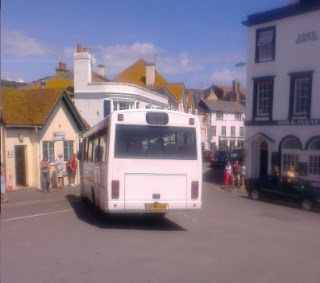 Next to use The Square bus stop was ... 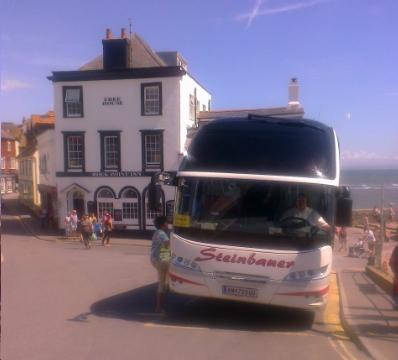 ... Herr Steinbauer's left hand drive right hand entrance coach collecting its complement of Deutscher Urlauber, whose access to the coach was impeded by passengers for the X53 to Exeter and the consequent chaos thereof. 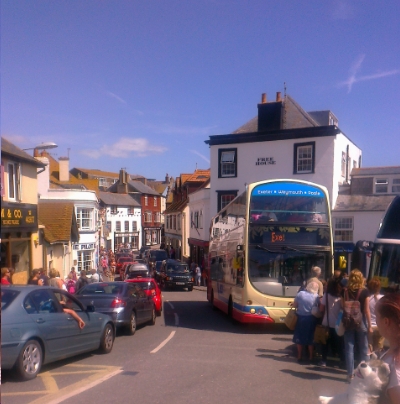 Notice the queues of traffic joining in with the holiday fun! Never mind, the X53 was already  20 minutes late  ! 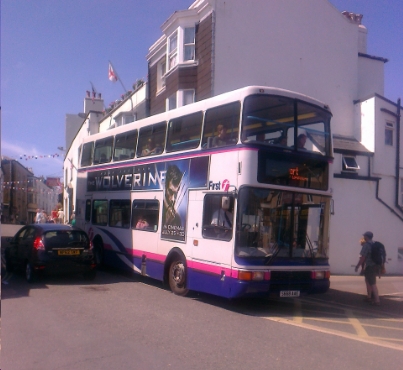 ... arriving in its dedicated livery NOT   17 minutes late

By now, the fbb's had been enjoying the delights of Lyme Regis Square for roughly 40 minutes; and still no sign of their 1334 back to Axminster.

It did arrive; it wasn't missing, broken down or cancelled! 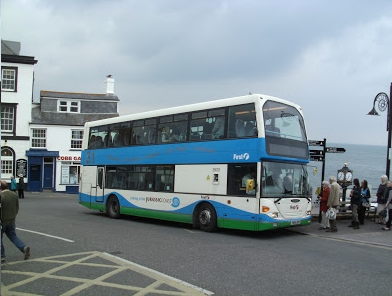 It was just late!

Arrival back in Axminster was 50 minutes late, some 45 minutes after the fbb's car park ticket ran out! Fortunately, the man in the peaked cap had not yet checked ... 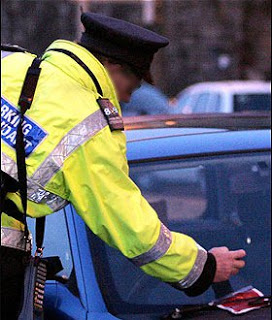 ... and the fbb's sped quickly and furtively off to Seaton. Mrs fbb was less than impressed with Public Transport!

fbb did query this performance with a First Bus manager, who expressed no great surprise. "Do you think," he mused, "that the local authorities would be happy to install a bus lane between Weymouth and Axminster?" The fbbs' journey between Axminster and Lyme Regis was on a busy summer Saturday; extending running times would waste resources on quieter "normal" days and might well make the whole route financially unviable.

A dilemma for First's management? 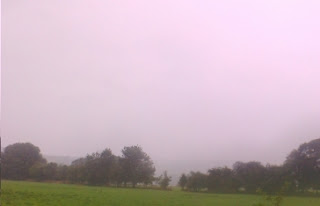 Readers may speculate which line he visited; a full account will be blogged next week