fatbusbloke's
Awesome
Aberystwyth
Adventure
Part 3
It would have been nice to do the whole trip by public transport. BUT the first bus from Abergynolwyn arrives in Tywyn at 0820 ... 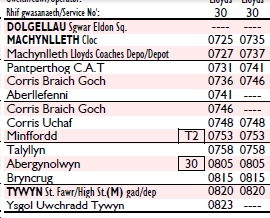 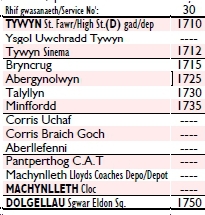 In the good old days, Tywyn Station had a canopy, ticket office and toilets ... 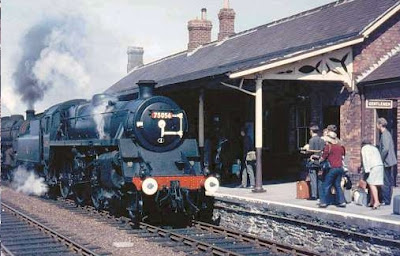 ... but now it is an unstaffed halt with the main building demoted (promoted?) to a Spiritualist church. fbb wonders whether "the other side" can tell the congregation when the trains are due? 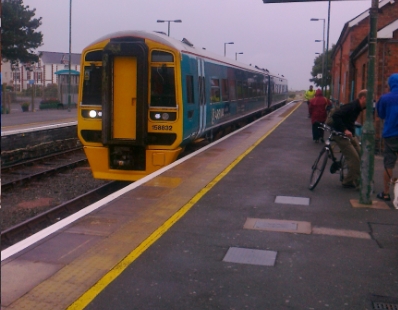 The route southbound offers views of the sea and the Dyfi estuary calling first at Aberdyfi station ... 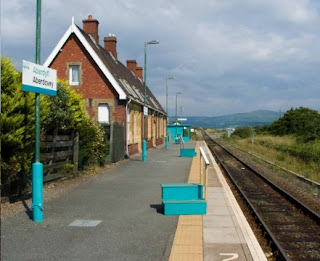 ... again an unstaffed halt. Some year ago the fbb family rented part of the station building which had been converted into the holiday cottage. Having a meal with the window open was a little surreal as train passengers leaned in to ask tricky travel questions! The platform is low, hence the Arriva-blue steps!

Next comes the odd little Penhelig ... 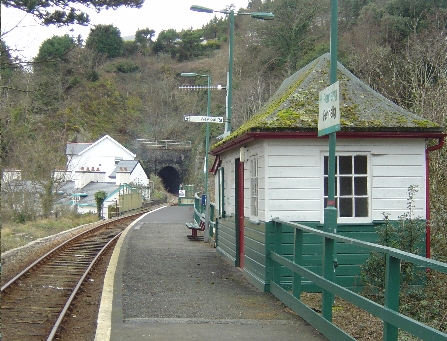 ... squeezed in between two short tunnels bored to take the line round the back of the town. 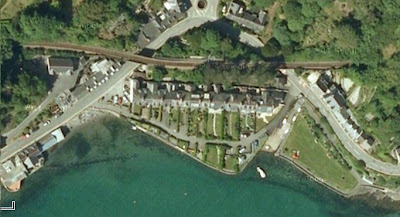 The halt was a late extra, being opened in 1933, and lies behind Penhelyg Terrace in the curve of the main road. Very quaint and a request stop only. 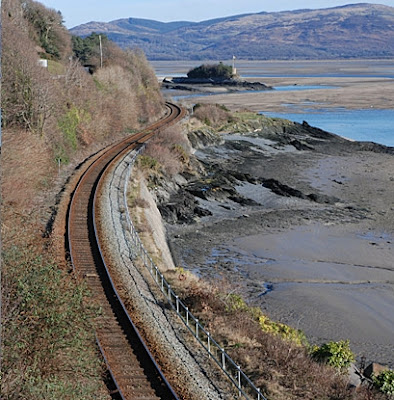 After a mile or so of estuary-side running, the line curves south to the cross the river ... 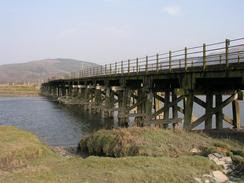 ... on the wooden trestle Dyfi rail bridge. A veer to the left brings us (at last) to Dovey Junction where fbb needed to change. Normally interchange is at Machynlleth with a long, long wait but  this particular train forms the 0857 connection (back to Pwllheli) with a train from Birmingham. So an interchange at Dovey Junction was strongly advised by the conductor because of late running as well as being insisted upon by the journey planner. The train to Aberystwyth cannot leave Macynlleth until the Pwllheli train has arrived, but presumably tottering across the footbridge etc. would infect the former with the latter's delay.

The rain was falling steadily as fbb alighted, to see the warm comfort of his class 158 disappear into the all-encompassing wetness. 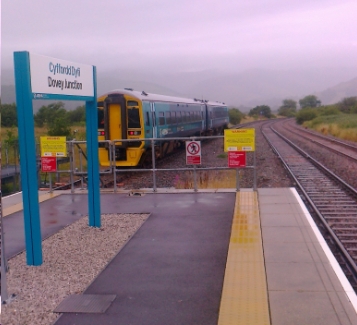 The station is not well endowed with facilities and fbb was able to explore what there was in a few fleeting seconds. 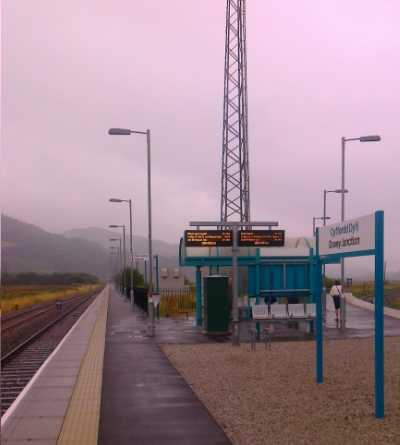 A shelter. That's all. Anyway, having used the shelter to shelter from the ever increasing downpour, fbb was really happy to see his onward connection trundling in. Despite instructions from Mrs fbb, the chubby one eschewed waterproof clothing on the grounds that it would "brighten up later". It did; but much later! 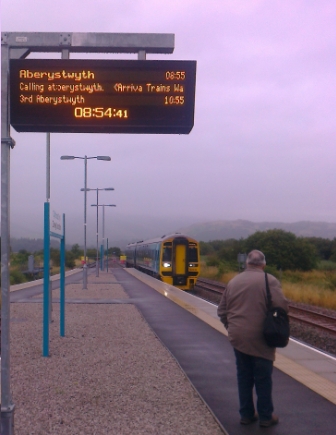 Five persons interchanged, plus one man and his dog bike who arrived via the footpath from Glyndyfi. The whole experience was weirdly surreal; a station serving nobody in the misty middle of nowhere is ... unreal! 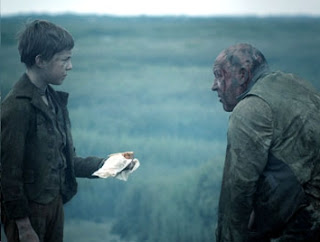 Having escaped from an environment like the marshland realm of Abel Magwitch (Charles Dickens : Great Expectations), the onward journey to Aberystwyth was relatively uninteresting. Borth station was pleasant, but a nearby road was entertainingly unusual. Taking its modus operandi from Balamory aka Tobermory, each house is painted a different colour. 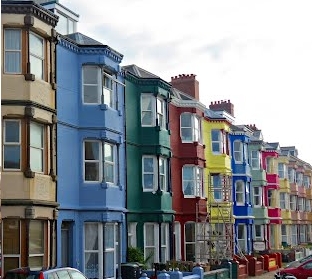 Sadly no pink castle for Archie the Inventor. But the same principle applies to at least one other street.

The rains continued to descend like stair rods with occasional breaks during which fbb could enjoy mist and drizzle. But, having successfully changed trains at Dovey Junction and arrived 9 minutes early** in Aberystwyth, the next stage of his adventure was looming.

** Padding! Railway companies are judged by the timeliness of their arrival at terminal stations. So to avoid penalties, extra minutes of "padding" are added at the end of a run. Trains regularly arrive early at Aberystwyth by five minutes or more. Some people don't like this.

Liberal Democrat Norman Baker has accused train firms of stretching journey times to escape fines for being late. He said: "It's unacceptable with record levels of investment in the railways and much better rolling stock that journey times are longer. It's clear that part of this at least is a deliberate policy to lengthen journeys in order to meet punctuality targets and to avoid fines. There is far too much slack in the timetable."

In view of the weather and his slackly scheduled personal timetable, fbb would have been only too happy to arrive 30 minutes late, but such selfishness would not apply to the majority of the 70 or so happy passengers who alighted. 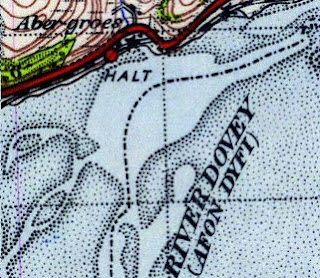 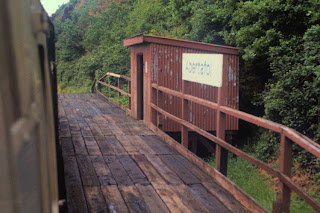 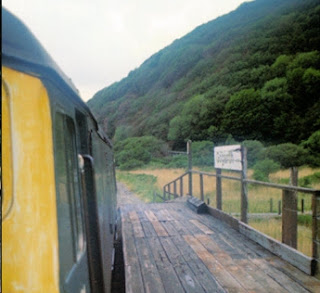