In the past, fbb has not been backward in coming forward about the poor quality of leaflets produced by Travel South Yorkshire [TSY] the identity chosen by the Passenger Transport Executive [PTE] for delivering publicity to the public. Indeed, in conversation with a chum at the 100th Anniversary of Rotherham's first motor bus, fbb admitted that things had improved somewhat.

There were less mistakes and confusions. 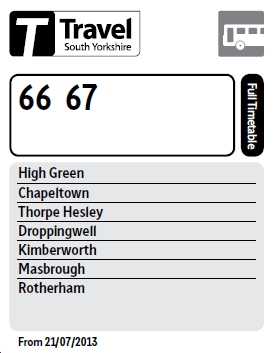 This one is up (down?) to TSY's usual standard. Before we open the leaflet it misinforms. This is the Ewers Road former trolleybus terminus at Kimberworth. 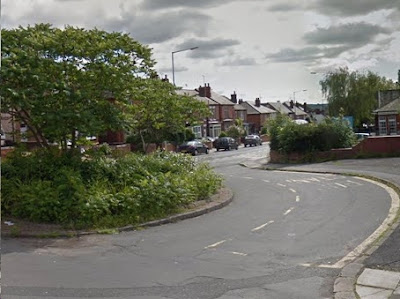 And this is an RCT trolleybus trundling its electric way back from Kimberworth to Rotherham town centre. 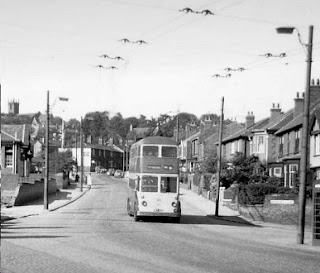 And here is the same view, today, but now, sadly, wirelss. 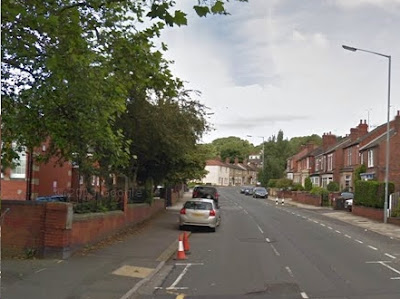 In the distance, but today hidden by trees,  is the tower ... 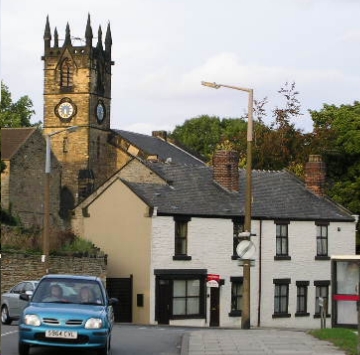 ... of Kimberworth Church and what remains of the ancient village.

Bus route 66 does NOT go there! And never has done. So that's a good start!

First's routes 7 and 8 are the modern equivalent of the Kimberworth trolley route. But NOT the 66.

The 66 takes the main A629 road then turns off up Brook Hill to Thorpe Hesley, calling, as it gently climbs, at the Horse and Tiger stop. 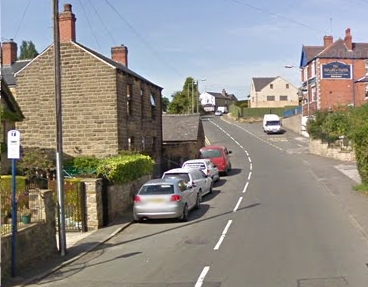 This is confirmed by the timetable; all buses are timed at this point.

The stop is even marked on the TSY leaflet map ... ... so no problems there, then. Note also that whilst most of the daytime service is run by "FST" (First Bus) some early morning and evening journeys are in the hands of "TM" (TM Travel). Likewise "TM" runs the entire service on Sunday.

That fact becomes very important when we want to catch our bus back from the Horse and Tiger.


Next bus blog : Wednesday 7th July
Posted by fatbusbloke at 02:00