we interrupt the series on
Cardiff Airport
to bring some breaking news
from Seaton, Devon

Not public transport as such, but transport used by the public! 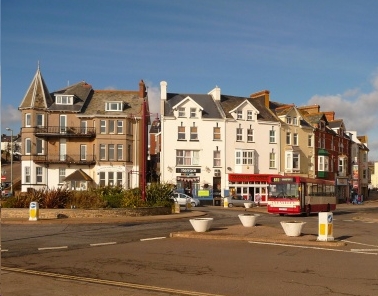 The chunk of foreshore at Marine Place, Seaton, has for countless generations been known as "Fisherman's Gap"; possibly because it was a gap (in the cliffs) used by fishermen. When fbb was nobbut a lad there were many boats parked on the shingle; they shared their time between their historic role as commercial fishermen ... 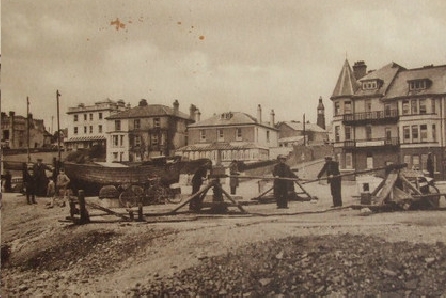 ... and possibly a more lucrative income offering mackerel fishing trips to tourists. fbb well remembers, sixty years ago, being congratulated by the skipper for his skill at catching ten plump fish. Skill, phooey: you just dangled a line! 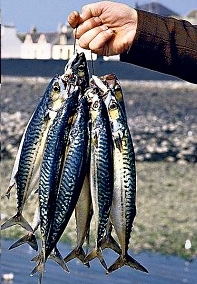 But the memory of the flavour of these succulent savouries served for supper back at the digs still remains embedded in fbb's gastronomic sub-consciousness. 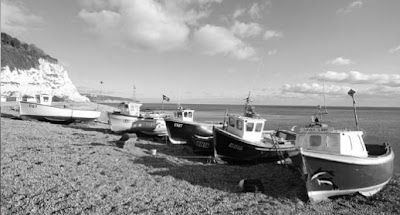 Alas, almost all of both trades has gone. Just one boat remained parked when the fbbs arrived in the town 10 week ago. 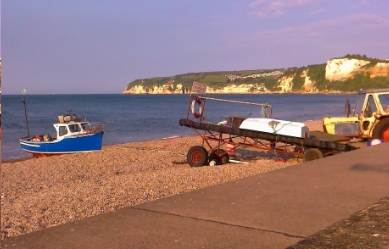 Its advertising was both ungrammatical and half-hearted ... 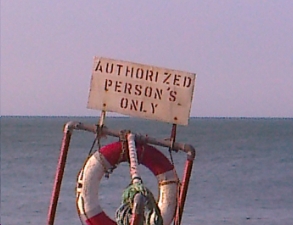 ... and it was the last of the many! As far as fbb knows the boat has not even dangled is keel in the water in that time.

So it was that, yesterday morning at 0645, fbb creaked by on his daily "constitutional" to be faced with a cluster of important looking men in blue overalls and the Coastguard's dark blue van. 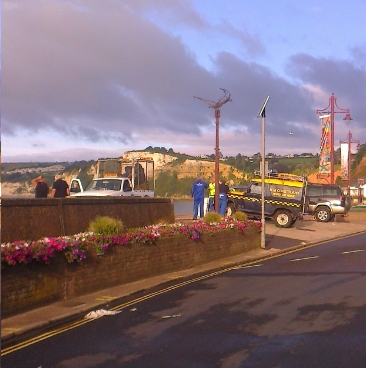 Apparently the boat was moored off-shore on Thursday evening and sometime overnight ... 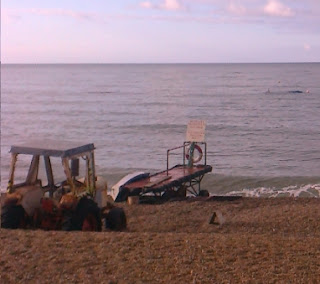 ... it succumbed to the savage sea (except it wasn't particularly savage!). Yes, that insignificant smear is the vessel in question; sunk, foundered, a late fishing boat, expired and on its way to Davy Jones' Locker. 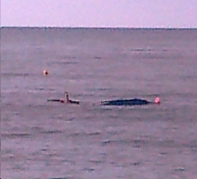 A short and unscientific vox pop poll of the crowd of by-standers (2) was inconclusive:-

Not this time 'e won't

Will this little fishing boat be rescued from its watery grave; or will this really and truly be the very very end of an era? Will the vessel that survived the 2012 attack of the killer foam ... 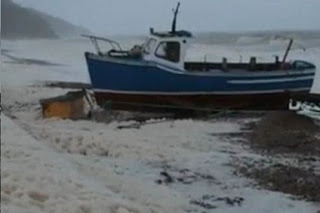 ... re-appear like Venus from her shell** and regain its so-far stationary station on the shingle? 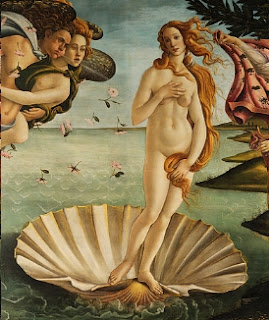 DON'T BELIEVE YOUR OWN WEB SITE
because it's utterly wrong.

Next bus blog : Sunday 11th August
Posted by fatbusbloke at 02:00