Yesterday, fellow blogger Busing tackled the problem (and the consequences) of a vehicle breakdown (read again) and, inconsequentially, fbb was involved in just such an incident on the very same day. The "locus in quo" was Yeovil whither fbb had journeyed at the suggestion of a blog reader. 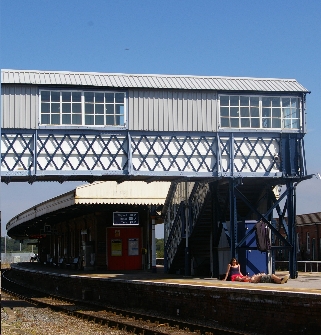 Once upon a time, route 68 ran from Yeovil via Junction Station to the villages of Stoford and Barwick. More recently, in connection with Southwest Trains and First Great Western, the route was extended across the town to serve Lyde Road and, in doing so, to call at Pen Mill Station. 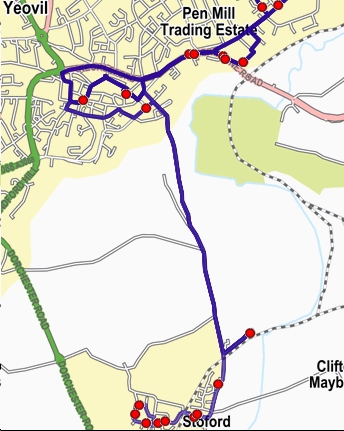 For the first time, in recent history at least, a proper link between the Weymouth to Bristol line and Southwest Trains at the Junction station is available for interchange.

South West Coaches has extended a local service in Yeovil to provide a link between the town’s two railway stations. The revised route is operated by a new Optare Solo, the company’s fifth.

Steve Caine, South West Coaches’ commercial director, says: “We wanted to provide a rail-to-rail link from Yeovil Pen Mill station to Yeovil Junction station for commuters who need to change trains. This allows them an easier route than has been provided in the past.” 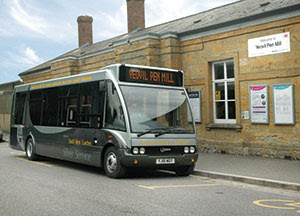 The new 8.8 metre Solos are 2.33m wide SlimLine models, as the narrower width suits the route conditions better than a standard 2.5m model. They seat 28 and can carry 21 standees. It has a 5.9-litre Cummins six-cylinder engine and an Allison five-speed automatic transmission.

If the timetable works! 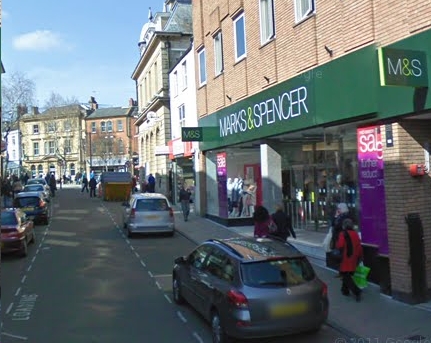 After the midday arrival, fbb and Mrs fbb repaired to Marks and Spencers for a snack lunch; very pleasant. Thereafter Mrs went shopping and fbb took the quick nip to Pen Mill. The 68 was 15 minutes late leaving the bus station; and thanks to heavy traffic arrived 18 late at Pen Mill! 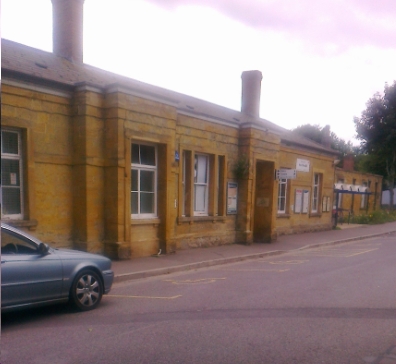 fbb's pre-blog investigations continued for 30 minutes or so, concluding with some further light refreshment in full view of the bus stop; waiting  to return to join the good lady wife for a little concluding joint retail therapy.

But bus came there none.

After 40 minutes, fbb concluded that, for South West Coaches, things were not going to plan.

Fortunately there was a timetable in a frame on the pole outside the station, and therewith was a local Yeovil phone number ...

The highly personable young lady did her best; but technology (aka a bus tracker system) was not delivering the goods; for which she apologised. "Radios were so much better," she sighed "I will ring you back."

It transpired that one of the two vehicles on the 30 minute frequency service had broken down. The replacement motor did not appear to have a bus tracker wodgitt fitted. Meanwhile the one serviceable vehicle was "running a bit late". The hope was that a bus would be there in about 5 minutes.

20 minutes later it arrived. fbb had been waiting one hour and twenty minutes!

By then, due to heavy traffic ("It's always bad on Fridays," wailed the driver), road works on the narrow road between Junction station and town ... 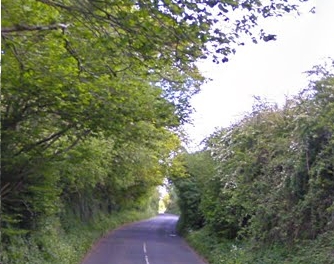 ... ("What a daft day to do it," he continued with stolid resignation) the eagerly anticipated fbb bus was now running almost exactly a whole hour late.

Thanks to the technical wonder of mobile phone, fbb could adjust Mrs fbb's schedule and still connect adequately with their train back. But what of those wishing to use the link for real?

At Pen Mill the recorded announcements were happily forth-telling the bus service from "The Station Car Park", routinely every 30 minutes; whilst up the Junction, the screens ... 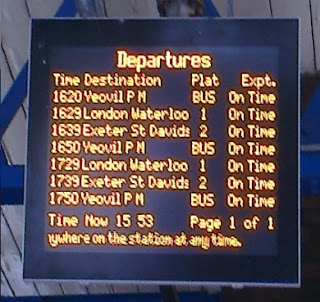 ... were broadcasting downright lies to an unsuspecting public. "On Time" - Phooey! As one harassed shopper explained to her Barwick neighbour already on the bus, "The three o'clock didn't come." To which the better informed neighbour replied (at 1605), "This IS the three o'clock!"

Two issues grate with fbb, and neither of them concerns the breakdown. Bad stuff happens. That's Life!.

What's the point of having electronic displays at stations when they can't be updated or over-ruled by a real human being. Surely South West Coaches should be given a terminal to allow their "nice young lady" to tell the truth?

fbb had plenty of time to investigate, cope and make alternative plans. Most other passengers, be they ex train or striving to get home for their tea, were simply left to struggle and suffer. And take away a very poor opinion of the bus industry.

Next Bus/Rail Blog : Sunday 1st September
Posted by fatbusbloke at 02:00