due to "operator incompetence" this blog
appeared briefly on Friday morning

Firstly, come with fbb on a virtual walk from an evening train from London, out of Northampton station and across the road to the temporary westbound bus stops. See Friday's blog (read again)

We walk along the platform and up the footbridge steps ... 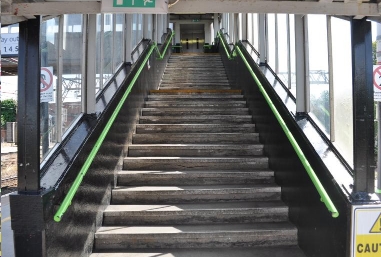 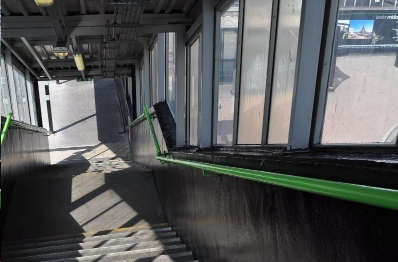 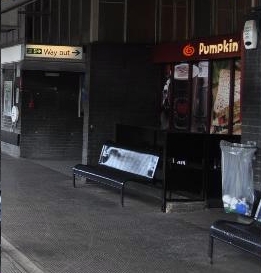 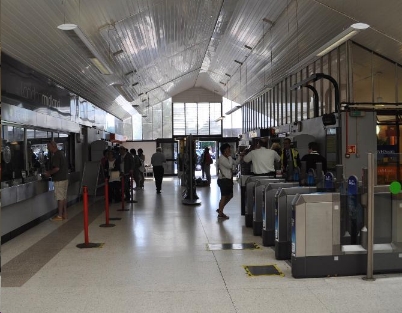 That much has been standard procedure for some time. But now things are much harder once the potential bus passenger gets outside the station. Firstly (and most importantly) there are no signs to bus stops or, for that matter, to the town centre.

The exit route is round the edge of the rebuilding site ... 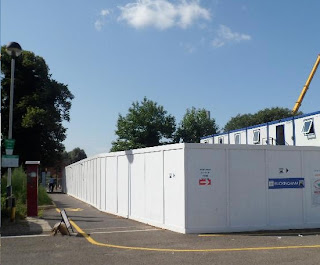 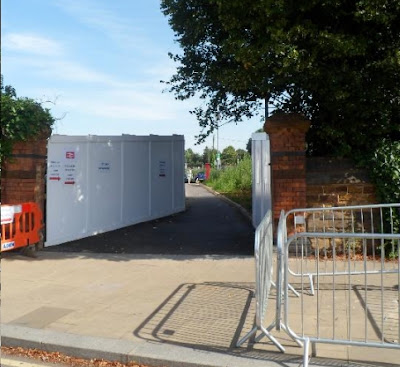 ... and then - nothing; not a sausage; not even a board saying "to the bus stops". The determined and observant may just spot the stop signs on the bridge ... 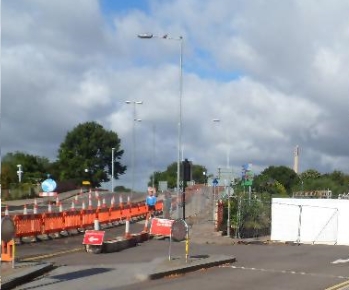 ... and the "to town" facility is easy to get to if you guess correctly. In theory the "official" route to the westbound stop (layby on the left) is all the way over the bridge to the far side, across the pedestrian crossing ... 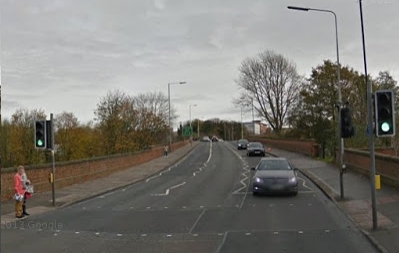 ... and back up to the brow of the hill. In practice, most brave souls attempt the suicide dash across cones and traffic as shown in this simplified diagram. 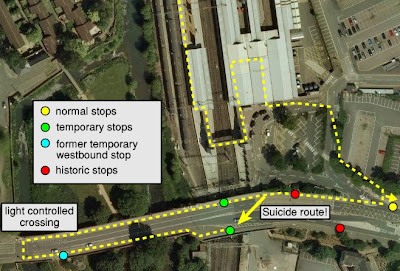 
Alan, our Northampton correspondent (and user of the westbound stops), writes:-


"I admit that no intending passenger should leave home without a detailed knowledge of what part DaFT, ATOC, RSSB, ORR, HRA, GBRF, COLAS, DB, NS, and the PDSA play in the modern privatised railway (Is there an app for it?) but the important point remains that during substantial road and building work and bus diversions inaccurate and inadequate information about onward travel was (and this afternoon still is) on display at Northampton railway station and none of the organisations involved, except Stagecoach, show any interest in helping travellers.

"We already knew that getting these organisations with their "nothing to do with us" culture to co-operate on a Station Exit Plan was not going to be easy."


So Alan tried contacting London Midland, the go-ahead GoAhead company that runs the trains and the station. Here is the reply:-


Of course, even without the disruption and paucity of information, Alan's journey home to Duston was never easy. The current disintegrated schedule is:-

It seems that which ever way you look at it, you will have at least a half hour wait for a bus. And, of course, there are temporary shelters at the temporary stops? Don't be silly, "it's not under our remit, mate!"

Never mind eh? A week ago a huge crane arrived ... 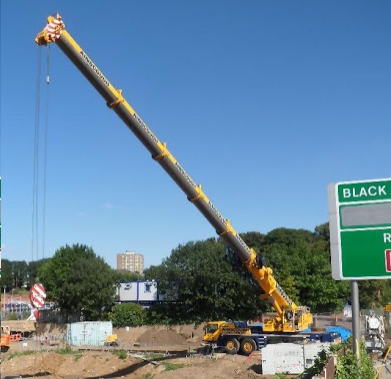 ... and removed the footbridge! 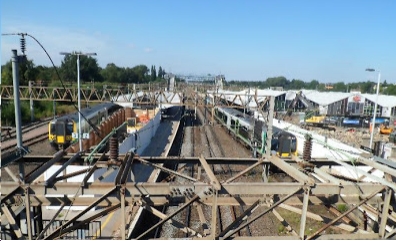 
As our inquisitive readers ponder how to escape from the station now**, they may relax by watching this video of the new station in all its glory.
At least getting from the exit to the bus stops will be easier; but will there be any signs to show you the way?

** (From Alan) There is a new temporary footbridge at the far end of the platform. Because the electric string is back up to full height, (having been lowered to get under the road bridge) the steps are narrow and the gradient is about 1 in 4 it presents quite a challenge at the end of a long day. There are lifts which make rather alarming wheezing noises. 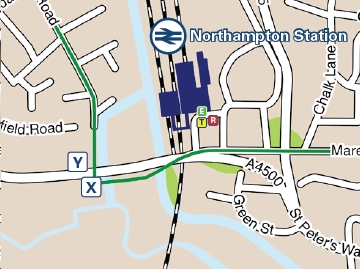 Of course, this makes the station plans referred to in Friday's blog even more useless. 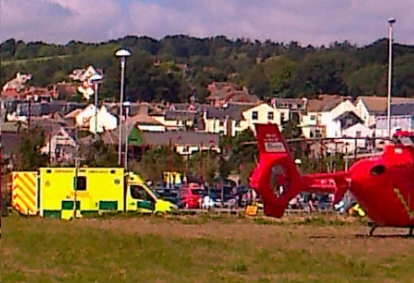 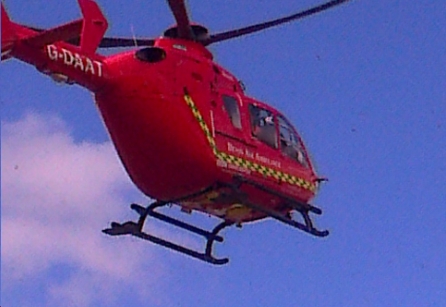