Vim was an essential ingredient in the lifestyle of Hilda Rumpole (She Who Must Be Obeyed); likewise it was an essential feature of fbb's childhood and teenage years. For those brought up on Jif (aka Cif) and the Cillit Bang brand, it is worth remembering that the product was a scouring powder first produced in 1906. 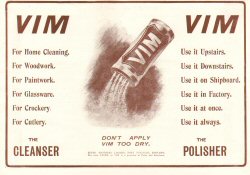 It worked by removing dirt and a layer of whatever the dirt was attached to! In the UK the powder cleanser was superseded a range of other products in the early 1990s but the ever useful Vim grit is still on sale elsewhere in the world. 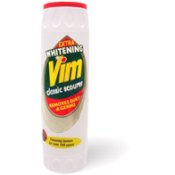 fbb found it ideal, mixed with a little 3-in-1 oil, for loosening the wheel bearings on Airfix and Kitmaster model railway kits.

The artist Francis Bacon is reputed to have used Vim as a substitute for toothpaste. Gibb's Dentifrice rides again!

The point of this abrasive introduction is to wonder whether any bus company "brands" will last nearly 100 years. Midland Red ... 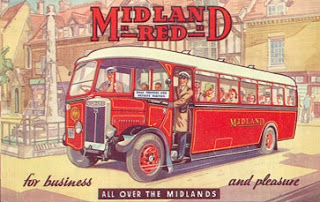 ... (the brand of the company entitled the Birmingham and Midland Motor Omnibus Company) lasted from 1905 until it fizzled out soon after privatisation in 1986. Some company names have longevity and in themselves become a "brand" ... 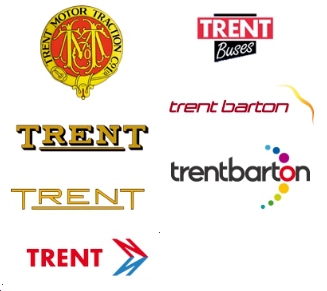 In fbb's former home (1963 to 1983), Sheffield Transport begat South Yorkshire Transport (the PTE) which fought various practical and political battles to avoid the government's diktat to "privatise". They became South Yorkhshire'S Transport [SYT] and added red to the previous brown and cream. "Fastline" was an early "brand" for so-called express routes (which weren't very express at all!) 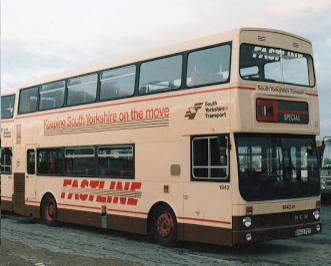 But privatisation and deregulation led to the horrors of the Sheffield bus wars; with any operator with a working bus registering services in competition with the PTE. 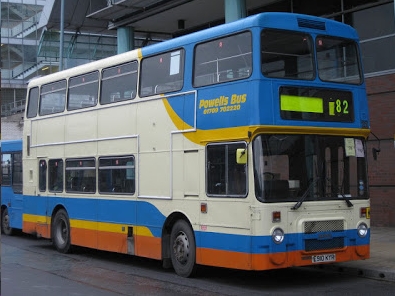 The routes from Ecclesall to Hillsborough were busy and potentially lucrative to an opportunist competitor. Srevensons of Spath (Uttoxeter) even appeared as part of a refinancing deal to work with Glynn Pegg's Rotherham and District**. 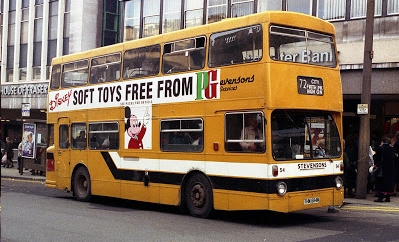 So SYT took the competitive bull by he horns and set out to "brand" itself as the operator of quality and reliability.

Thus it was that on 30th May 1989, "Mainline" came to the five SYT routes that had been under attack. The "vision" was that the "brand" would be developed for frequent cross-city routes; buses would carry a bright new livery ... 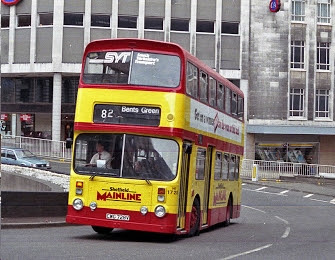 ... which it certainly was! Local reaction was mixed; Sheffield folk are more canny than to be wooed by a brand. "Thems nobbut awldbussis w' aco-at-o-paint!" seemed to summarise the view of the man on the Sheffield Street. More routes soon joined the "brand", then, at last, SYT was sold to its employees and ... 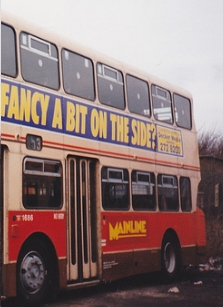 ... and Mainline branded, not just the busy cross-city services ... 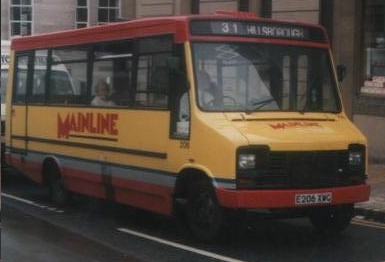 ... and later, First; but initially in Mainline red and yellow. 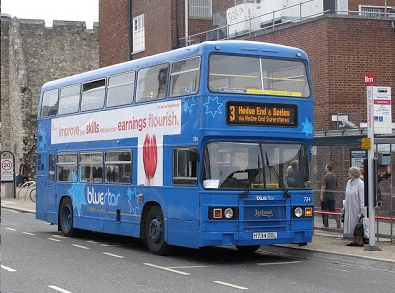 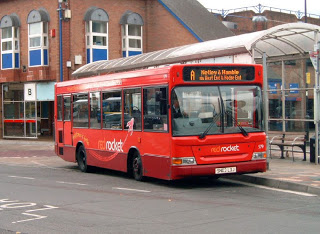 ... Red Rocket; plans were even made to use "Greenleaf" for infrequent rural routes. Then came the sale of the Southern Vectis "group" to Go-ahead and it all became Bluestar.

These days, then, it would appear that bus route brands are transitory; every so often they need a "refresh" or a complete make-over. A bit like rebranding "Vim" as "Vigger" or even choosing a new name for "Marmite". 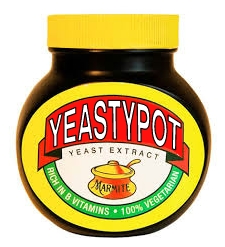 1. If a route is advertised as "high quality" (Sapphire?, Gold?) does that mean the rest of the network is **** (asperity deleted)? Shouldn't all bus services have at least an aspiration to deliver "quality" to their customers?

2. Rather than a major rebranding exercise, would it not behove the management to keep the brand name, the identity, the key colours etc, and make sure that vehicles, staff, stops and publicity remain of the highest possible quality. The Marmite Jar has changed subtly over the years ... 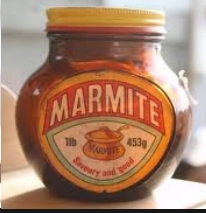 ... but it is still recognisably "Marmite" and tastes as good (or, according to some, as horrid) as ever!

In Part 2 (tomorrow) we look at some emerging brands and wonder about their effectiveness. Our investigations will take us to South Wales, East London, The West Country and Hampshire.

**The bus shown is on Pegg's Route 72 from High Green to Sheffield (c. 1989); on Saturdays this ran through as route 5 via Ecclesall to Dore. Rotherham and District did not last long after Stevensons withdrew their practical and financial support.


Next Bus Blog : Sunday 8th September
Posted by fatbusbloke at 02:00