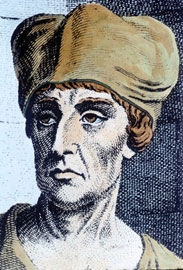 John Leland has been described as "the father of English local history". His "Itinerary" writings provided a unique source of observations and introduced the county as the basic unit for studying the local history of England, an idea that has been influential ever since. There seem to have been five major English itineraries, taken over the summers of the years 1539 to 1543; which took him to the West Country;  the north-west, which went via the Welsh marches to Cheshire, Lancashire and Cumberland; while other itineraries took him to the West Midlands, the north-east (reaching Yorkshire and County Durham), and the Bristol region.


Henderskelfe Castle was constructed in the reign of Edward III but in ruins by 1359. In Leland's time it was noted as a quadrangular castle. It was rebuilt in 1683 but destroyed by fire in 1693. It was finally demolished after 1699 to make way for Castle Howard.

And whilst on their recent break in York, the fbbs (and chum) were imvited by some friends to enjoy a trip to Castle Howard; a first-time visit for fbb and Mrs. Most of it was built between 1699 and 1712 for the 3rd Earl of Carlisle, to a design by Sir John Vanbrugh. It is familiar to television and film audiences as the fictional "Brideshead", both in Granada Television's 1981 adaptation of Evelyn Waugh's Brideshead Revisited ... 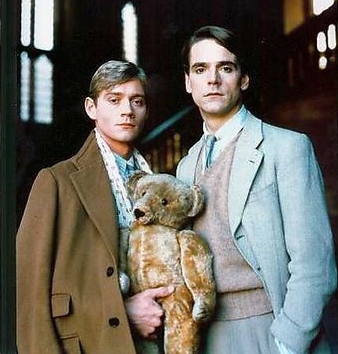 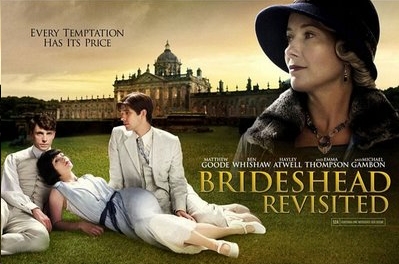 On the morning of 9 November 1940, fire broke out in the South-East Wing and swept through the house into the Great Hall ... 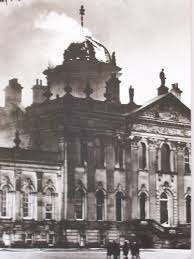 ... destroying the dome and nearly twenty rooms. For the next few years much of Castle Howard was open to the skies, its once splendid rooms gutted shells.  George Howard, who inherited Castle Howard after the death of his two brothers in action during the war, determined that the House should be lived in once more, and made the bold decision to recover Vanbrugh's damaged architectural masterpiece. But it was not until 1960 that rebuilding started. 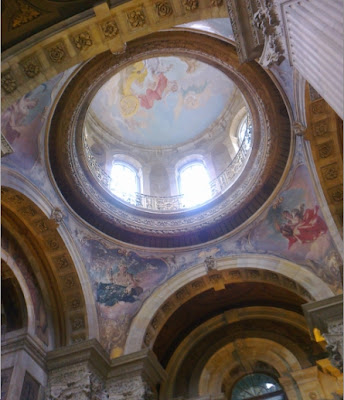 The fbb party was chauffeur driven to Castle Howard but, ever the inquisitive blogger, fbb wondered about public transport; then and now. 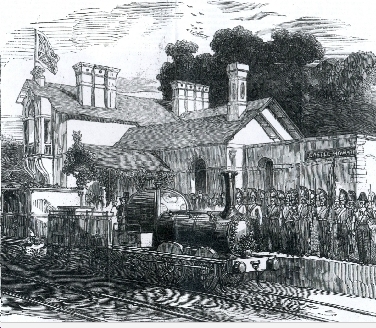 Before leaving the Midland line at Normanton (Her Maj had travelled from Euston; leaving, regally late, at 12 noon), it ought to be mentioned, as a proof of the great care that was taken respecting tho safety of the train, that at every half-mile a plate-layer was stationed by the contractor with a small flag in his hand; and this succession of sentinels continued all the way from Rugby to Normanton; so that if any obstruction had occurred on any part of the line, a series of telegraphic signals would have conveyed it in a few minutes up to the point where the Royal carriages were passing.

York's population poured out along the lines of the trunk and its branch, and the people cheered vehemently as the Royal party, passing from one line to another, skirted the walls of the city. The Ouse once crossed ... 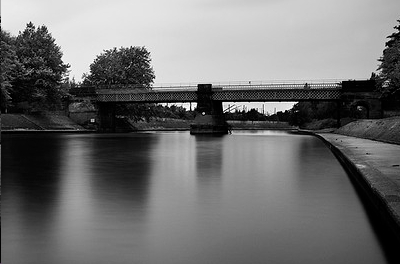 ... the train set off again at speed, and, soon traversing the thirteen miles which intervene between York and Castle Howard station, stopped there precisely at six o'clock. 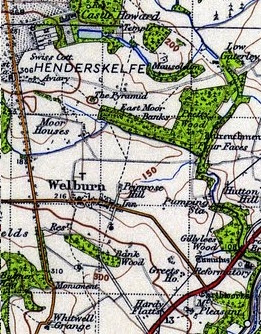 So, we ask our coachman to prepare the Brougham and we set off down the Grand Avenue ... 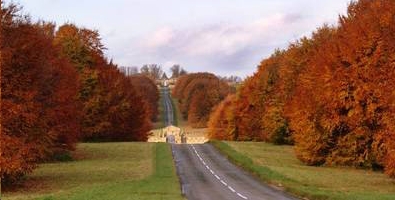 ... where we wave imperiously to a few snivelling serfs as they grovel obediently. 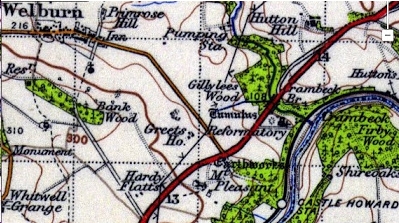 We continue across the main York to Scarborough Road ... 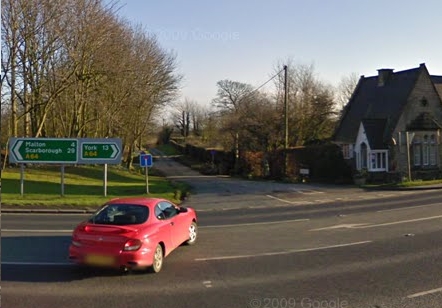 ... and down the no through road; at the end of which is the station, now a private residence. 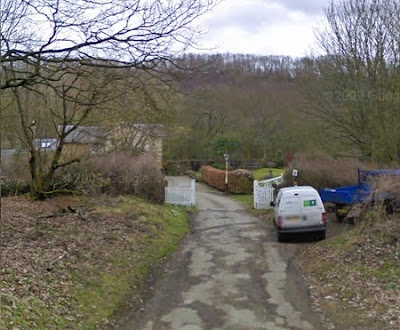 In an ironic twist of history there was, from c1930 to c1950, a holiday home (hut?) constructed out of the up station platform shelter. 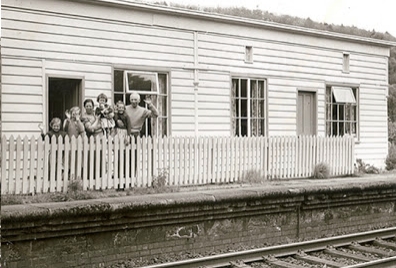 This is long gone, but more salubrious down platform appurtenances are now branded as "Platform 1" holiday cottage. 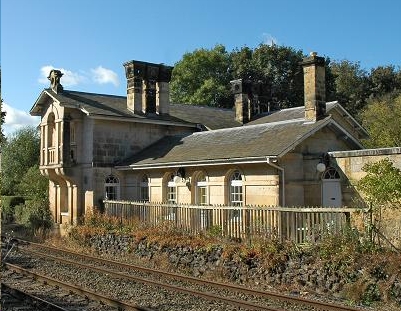 Looks nicely posh with a web site (here) and good views of passing TransPennine DMUs. What more could you want for a holiday?

But now we can get to Castle Howard by bus. 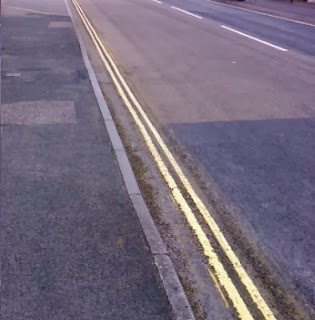 "The original lines were added as part of the contract for the Tesco store. They were found not to be up to specification and were replaced at no cost to the local authority."

fbb is less happy about the new "anti-slip" chicane glued in place at Marine Place in the last few days. 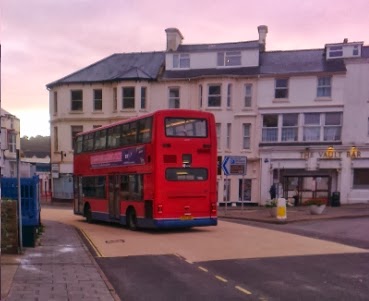 The approach to this corner is either round a small roundabout to the right of Auntie Frances' finest or via a sharp left turn from a one way street just behind the photographer. This bit of local road carries negligible traffic. It would take a driver of consummate skill or death-wish lunacy to be going fast here! But there is a pedestrian crossing a little further round the squiggle. Perhaps the rules say you have to have a gritty road in such a (non) perilous situation?
---------------------------------------------------
Next Bus Blog : Sunday 22nd September
Posted by fatbusbloke at 02:00