On the Red Bus (not quite Flanders and Swann) 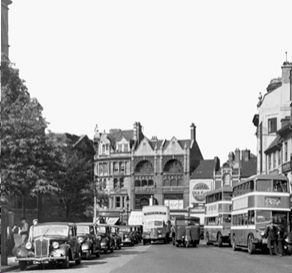 No more will I go to Abington Street or Mercers Row
On the Crimson-Red Bus that I used to know.
No leather seats and Daimler's roar
No paper tickets on the varnished floor
They won't be seeing any of us
On the Red Bus. 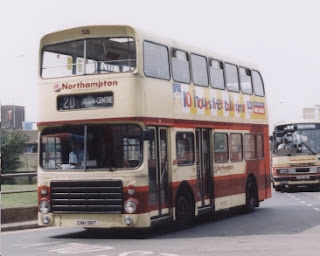 Privatised politically by the Grampian Scots.
At interchange stops no Bundy Clocks. 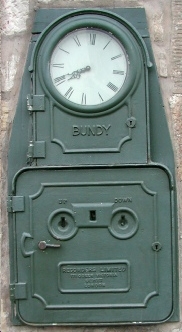 No white-striped bodies, no civic crest
No municipal service that was clearly the best.

They won't be seeing any of us
On the Red Bus. 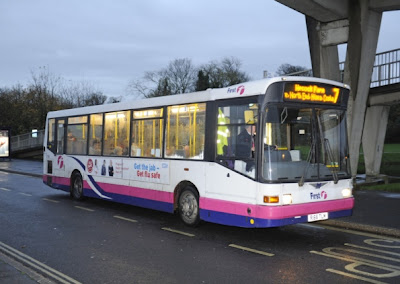 Now at the depot with First Buses biding
The cast-offs are parked.
We'd love to give FirstBus a hiding
Northamptonians narked.

The acres are silent at Spring Park (or Acre Lane)
No Bush Hill buses pass that way again.
No "one" departs, no "one" arrives
At "The Trumpet" daily enhancing our lives 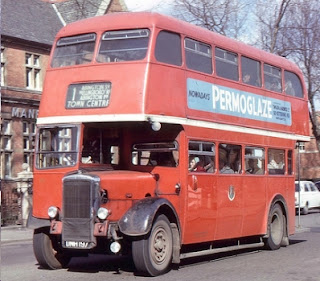 They won't be seeing any of us
On the Red Bus. 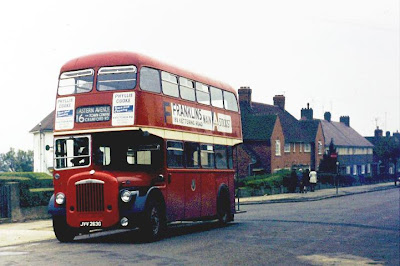 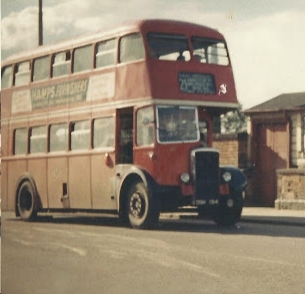 Cottarville and Bants Lane ...
... on the Red Bus ...
Military Road and Kenmuir Avenue 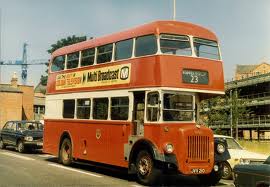 Midsummer Meadow and Jimmys End
... of the Red Bus! 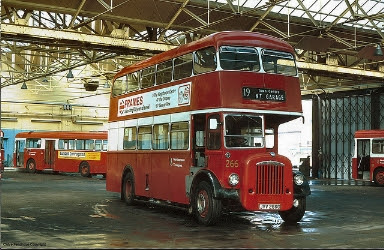 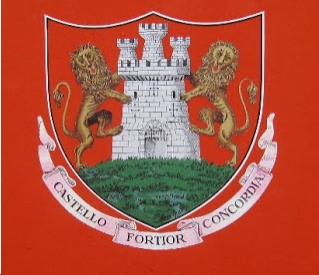 fbb is always happy to be even-handed in his blogservations; so, on a more positive note, herewith a picture of the bright new un-First livery for service 40, Aberdeen's Park and Ride. 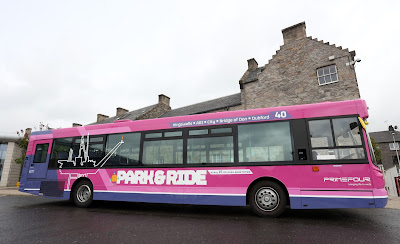 The illustration is an oil rig ... 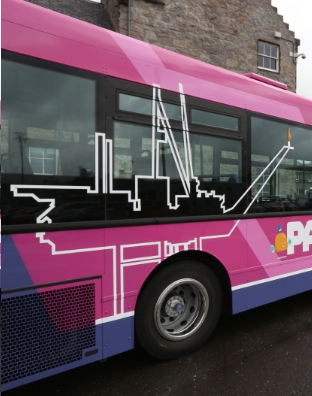 It is a developing office "park" near the Kingswells terminus; apparently populated by shadowy ghosts! 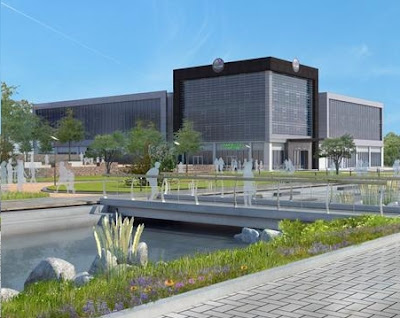 The new image also heralds an increased frequency for Kingswells P & R (and thus PrimeFour) from hourly to every 20 minutes; further enhanced to every 15 at peak times Mondays to Fridays. There are no Sunday buses. This may look like a spiffing and positive frequency increase but, in fact, the 40 is extended to Kingswells (estate) and has replaced a 30 minute frequency route 11. Sadly the new on-line timetable is accompanied by an old (and thus out of date) map which mentions neither Park and Ride nor PrimeFour. 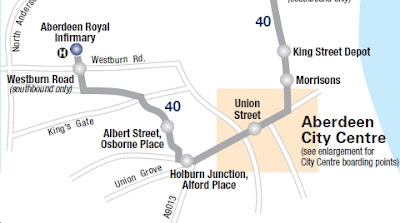 Such a pity to spoil the good ship 40 for a ha'porth of artistic tar; especially as it's so very easy to make amendments. This was produced by fbb in all of five minutes ... 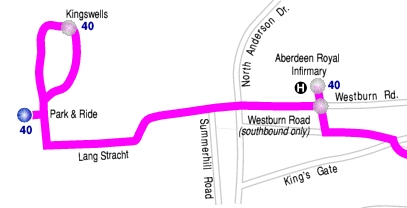 ... without the aid of a safety net and, significantly, with no published bus map available as a guide!

Correction. fbb was intending to show that the Aberdeen network diagram had not been updated (which it hadn't when this piece first flowed mellifluously from the fbb keyboard) but a revised version has now been published ... 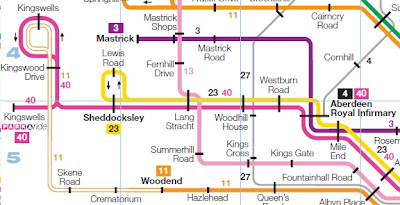 ... showing the 40 replacing all but an occasional peak hour trip on service 11. The service 40 route map is, however, unchanged.

Next Bus Blog : Monday 16th Sptember
Posted by fatbusbloke at 02:00