fbb considered the following as an appropriate headline with which to conclude his investigations of buses to York University:-

But then thought it would just be plain silly!

But the question still remains. Is there a viable business along the University Road for two major operators? Certainly not, as observed by fbb, during Uni vacations. Trandev Unibus had reduced their frequency from every 7-and-8 to every 15 for the vacation, but First made a publicity point of retaining theirs. So, at Acomb, across the other side of the city from the Uni, half the (pale purple) 4s became the 15 minute (orange) 5s back to the centre and north to Strensall. First struggled to explain this complexity graphically ... 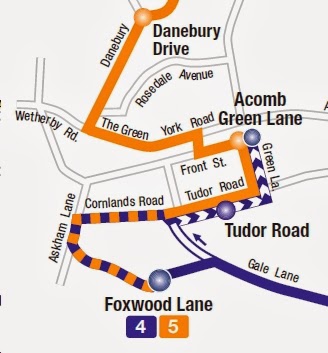 ... and in their printed timetable. Sometimes "clever" operational niceties lead to passenger confusion.

Having pulled out of Heslington East, presumably to give more buses to compete with Transdev as far as the main campus, First had diverted its service round a little terminal loop.

For some strange reason this route did not attract many passengers. Presumably students were happy to miss out on the joys of the Uni's central boiler house ... 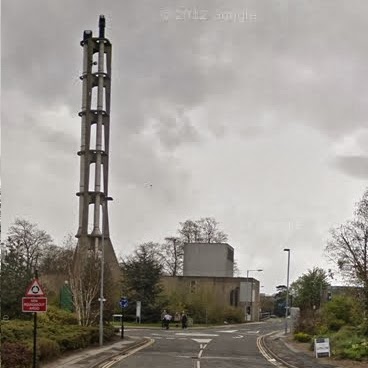 ... so in May of this year the loop was withdrawn. Needless to say, the ever usefulless Traveline hasn't quite grasped this revision, 5 months later!

Do try to keep up lads.

But all this was of academic interest to the increasingly damp fbb as he began his final run from Heslington Hall back to the city. 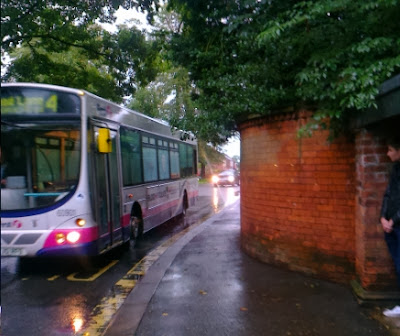 Loadings were hardly huge with about a dozen riding to the centre. First is slightly disadvantaged by its city route via Clifford Street. This is on the fringes of the main shopping area ... 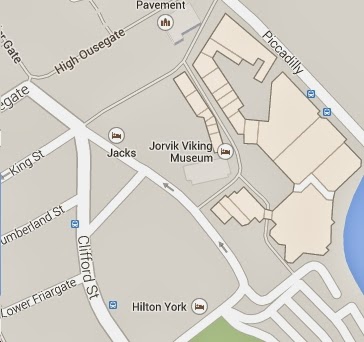 ... whereas Transdev's 44 serves Piccadilly. The distance between the two is slight, but psychologically Transdev's Unibus is just that bit more attractive. As fbb was due to meet his better half in Marks and Spencers Piccadilly store cafe ... 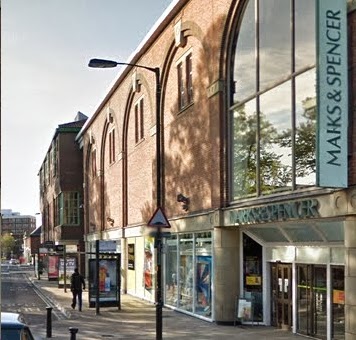 ... the squelch from Clifford Street was depressing! The 44 stops right outside the very welcome automatic doors leading to dry, to warmth and to a cup of tea and a sandwich. Bliss.

But as fbb's attack of alliterativitis hinted above, First has significantly revised its fares in York from tomorrow. And route 4 now returns to Heslington East. 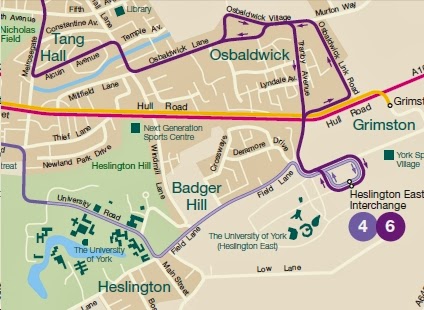 For some time the company has matched Transdev's "free rides within the campus" offer, presumably with no cash input from Uni authorities, so the extension back to Heslington East will be a challenge to Transdev's exclusive deal. Furthermore, the revised route 4 timetable is registered as a "frequent service" which means that buses must run at least every 10 minutes but the service can be more frequent. Easy to drop a few Transdev spoilers into the fray?

The extension of the Osbaldwick route (6) to Heslington East is less understandable. Presumably the idea is to attract away some of Transdev's business from the new campus to other parts of York, particularly the Hospital and Clifton Moor, the latter hitherto served by route 20 (see yesterday's blog).

These changes come with some dramatic reductions in fares for the non-Uni denizens of ancient Eboracum. 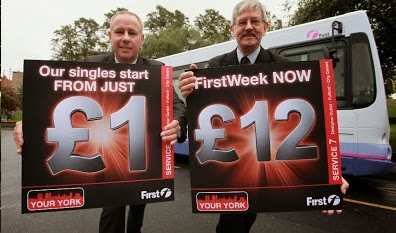 Who says that "revised" fares always means "increased" fares? Both for the University and for the city the oft-maligned First is making  real effort to attract and keep their passengers. All we need now is some nice new buses. How about it Mr F?

For the record, fbb reports that the confusing linking of routes 4 and 5 at Acomb is removed. 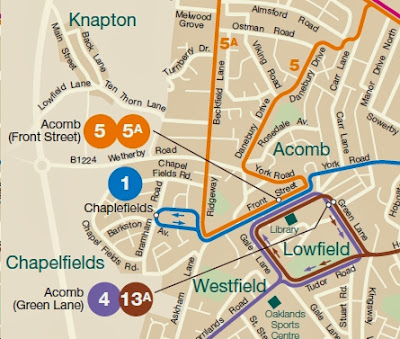 Each service is sensibly separated and variations have been added with a 5A joining the 5. It all makes for a much tidier presentation at Acomb compared with the previous complexity.

All this is shown on a brand new York network map as used for the Acomb extract immediately above. 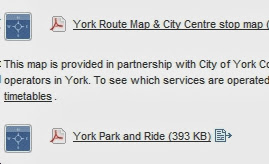 But the new (and excellent) piece of First Bus cartography isn't one of First's web site "maps to help you" on offer on line! The York City map was already out-of-date before this weekend's changes and is, from tomorrow, significantly more unhelpful.

... if you manage to throw the right numbers on the FirstBus web site dice. Perhaps it will appear tomorrow when the changes start? 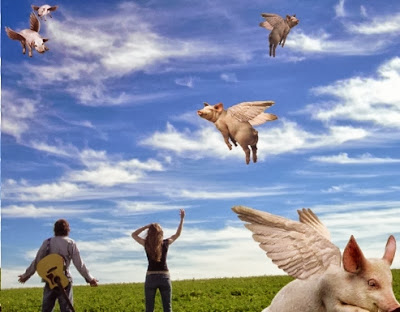 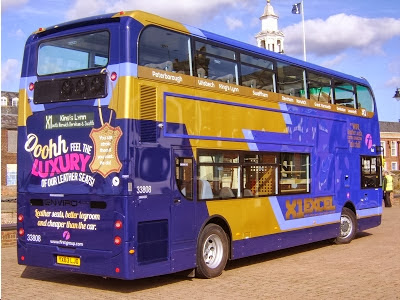 These buses will boast free WiFi for passengers, air chill and luxurious leather seats with additional legroom. They will also be the only bus service in Norfolk to introduce 'Next Stop' announcements ensuring passengers never miss their bus stop. All 22 new buses will be showcasing a new purple/blue and gold 'express' livery, highlighting the improved benefits and including destination vinyls on the windows. (At the bottom of the windows, actually; "stuff" obscuring the passegers' view out has been banned by First at a senior management level : a very welcome decision! - fbb)

This impressive route runs half hourly over the full 120 miles of the route with short workings giving four buses an hour between Norwich and Great Yarmouth. 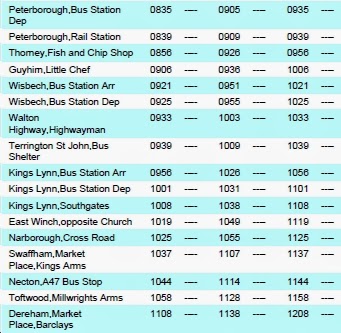 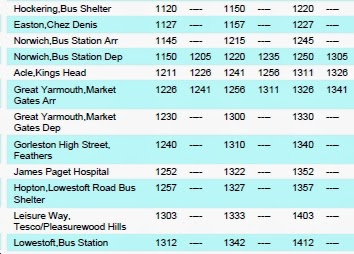 fbb is amused by the Frankie Howard "oooh missis" style of the rear advert! 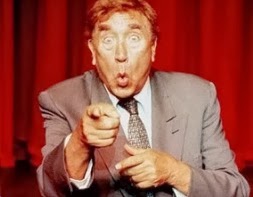