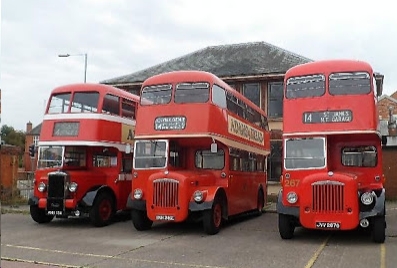 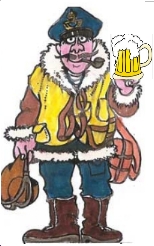 A phrase used by RAF personnel in WW2 as a euphemism for being killed in action may have had its origin in the idea of a absent friends having gone to the pub for a drink of one of the many beers brewed at Burton-on-Trent. 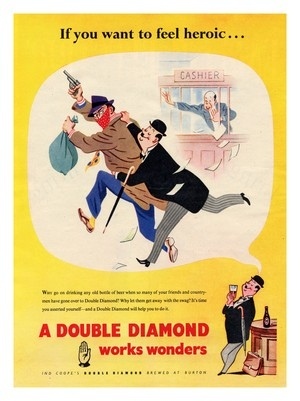 Or it may not! 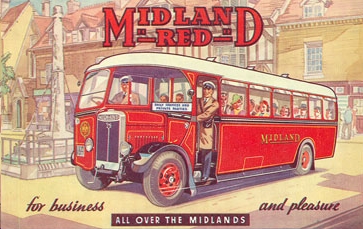 Midland Red's tentacles spread far and wide. fbb remembers in his childhood being amazed when his grandmother informed him that she had travelled to visit her sister in North Wales by bus. It sounded much like an expedition to darkest Africa! She had caught the Midland Red X96 all the way from Northampton to Shrewsbury. [for omnibological numerologists, Stagecoach runs a route 96 between Northampton and Rugby, just  a minute part of the original!].

One slightly less lengthy route was the 112 from Birmingham to Burton upon Trent, running every 30 minutes with a few journeys extended though to Derby. 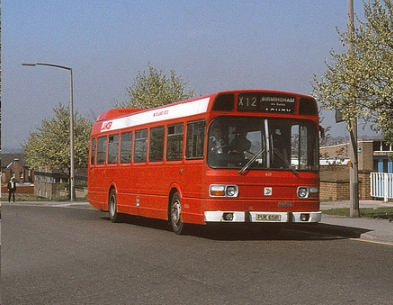 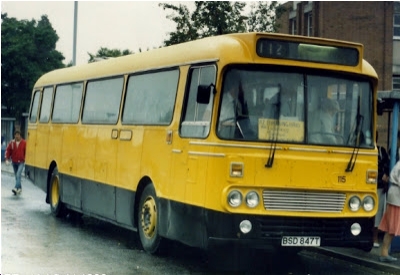 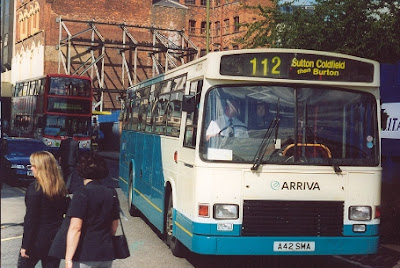 Today's on-line publicity does not encourage confidence; with an error ridden table heading ...

... and an unnecessarily befuddling timetable ... 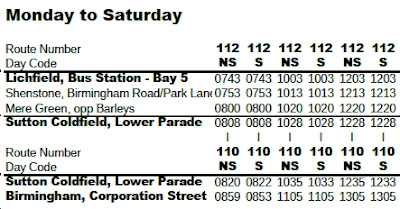 ... offering connections with the 110 to get you into central Birmingham. Mysteriously the 110 has different timings on Saturday, hence the duplication of information. Messy and unhelpful.

How the mighty has fallen! All that is left of the great Midland Red enterprise is a 25 minute nip down the former A38. 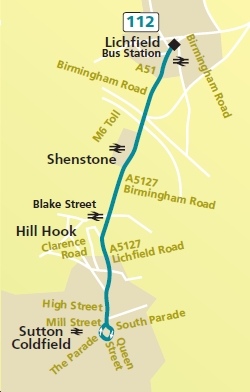 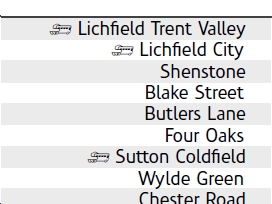 And what's so special about Clarence Road (see map; near Hill Hook) Maybe tomorrow's blog will reveal all?

... this little remnant of Midland Red greatness has become the scene of a mini bus war (not a minibus war!) as two newcomers are battling for the lack of passengers.

P.S. fbb apologises for the wholly inadequate history of the 112/X12; but his sources are older (even older!) than he and their memory is less effective than hithertofore! Please feel free to add correcting comments.
---------------------------------------------------
SEATON SNIPPET
fbb has reported, from time to time, on the doings of Axe Valley (Mini) Travel, led by the redoubtable Frances Searle. This past weekend all seven of her double decks have been lined up at the depot; the first time the full "concours d'élégance" has been parked visibly together since the fbbs arrived at Seaton. 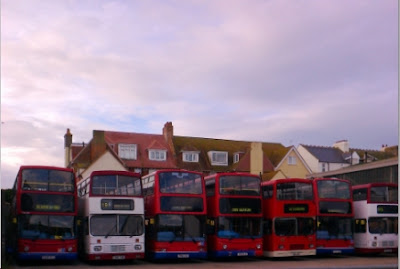