FirstBus is changing their services in Plymouth.  On Monday 9th September we were promised details on-line, on Facebook and from assorted Twits. Nothing appeared. Nothing appeared on Tuesday 10th either! But the announcement on their web site was changed from showing Monday's date. 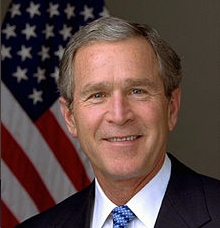 
There was considerable interest both in the "Yo, Blair" phrase itself and in the ensuing impromptu conversation which, although supposedly private, was picked up by a microphone. In the course of the exchange, Bush, among other things, thanked Blair for the gift of a sweater and, more importantly, referred to an armed conflict that had just broken out in Lebanon between Israeli forces and the Shi'a group Hezbollah (What they need to do is get Syria to get Hezbollah to stop doing this ****). Although the greeting was popularized as "Yo, Blair", American media outlets such as The New York Times and The Washington Post correctly transcribed it as "Yeah, Blair".

1853   The Bristol and Exeter Railway (later absorbed in to Great Western Railway) opened a branch from their main line at Durston, east of Taunton, ... 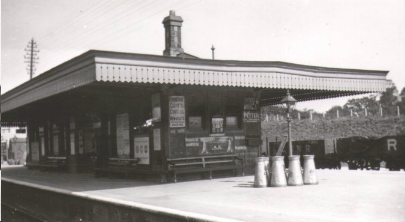 ... to Hendford on the outskirts of Yeovil. The Railway Hotel on Hendford Hill ... 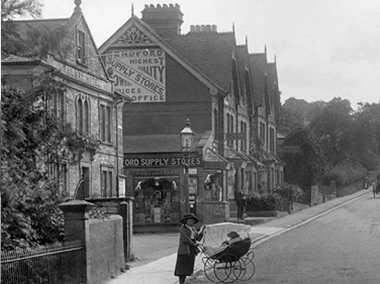 ... still stands to mystify passers-by as a memorial to the former terminus ... 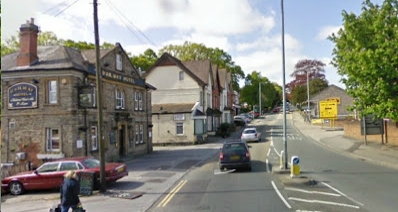 ... which was on the right of the above pictures. The trackbed itself has been taken over by a re-aligned A3088 (note the elderly overbridge on a modern road). 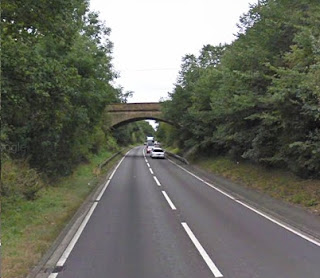 Refreshment for railway passengers at the Station Hotel was short-lived trade because ... 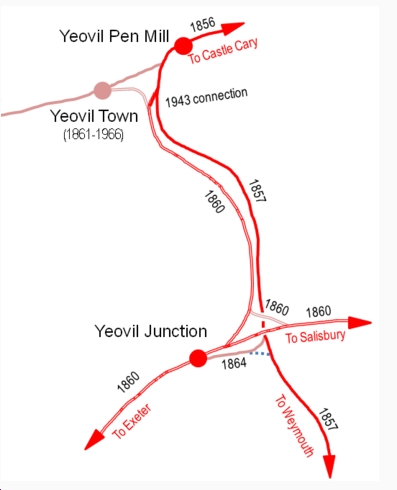 1857   The present ex Great Western line via Pen Mill and south to Weymouth opened, followed by ...

1860   The London and South Western Railway arrived at Yeovil Junction. To complete the picture a joint station was opened at Yeovil (later with "Town" added) with a line from the junction. 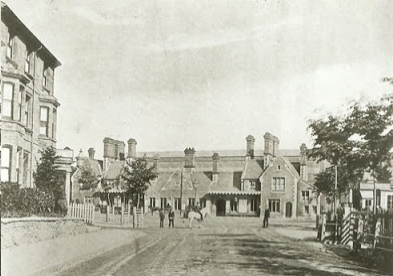 The area is much changed today with "leisure" facilities on the "Town" station site and a revised road network replacing most of the view above. It is possible, however, to spot the three storey property on the left in this long-distance enlargement from Google Streetview. 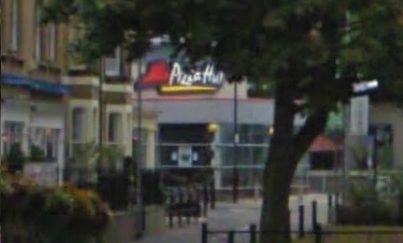 It's now the City Lodge Hotel. 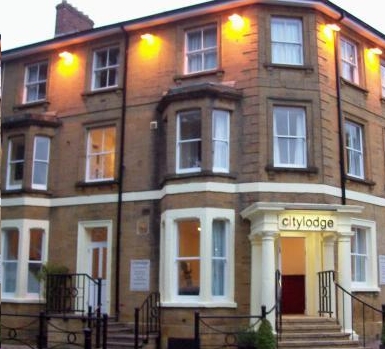 Looks very pleasant! And Pizza Hut just across the road?

A shuttle train ran between Junction and Town; a service that remained until the latter station closed in 1966. 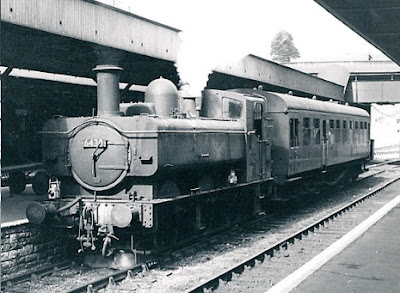 1864  A line from Penn Mill to Junction was opened by the GWR to allow easy transfer of freight; but there was no link for through trains.

1943   A link was installed to allow trains from Junction to join the Pen Mill line. This link is still used today for passenger trains diverted because of engineering works as here with a First Great Western HST approaching the Junction Station and making a connection with a Southwest Trains 159 on the main lines. 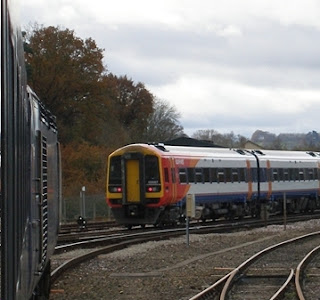 The line from Pen Mill to the former town station is now a pleasant footpath. 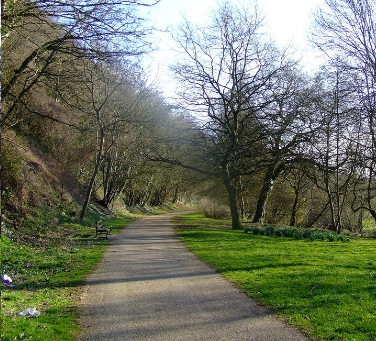 Thus it was that fbb, on arrival at Yeovil Junction, sought the bus service into the town. It was the problems with the route later in the day that caused your elderly blogger some grief as previously reported. See "Talking of Breakdowns" (read again).

But such horrors were totally unexpected as fbb's train pulled into the station. 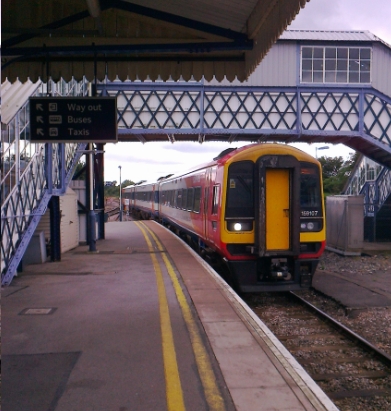 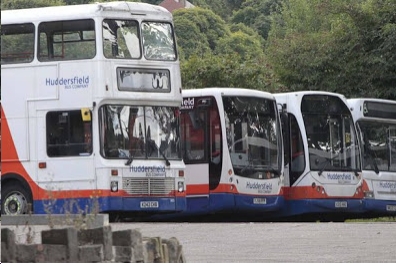 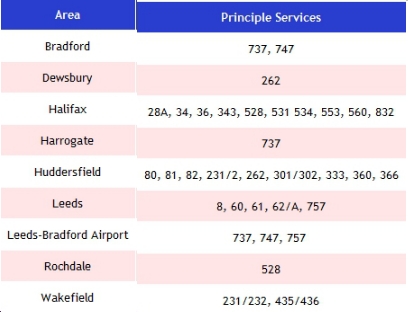