Stagecoach South West has announced that, starting 30th September 2013, they are introducing two brand new ‘Stagecoach Gold’ routes which will operate between Torquay, Paignton, Totnes and Plymouth or Dartmouth.

The two ‘Gold’ routes will operate up to every 30 minutes, 7 days a week between Torquay, Paignton and Totnes. The routes will then connect the English Riviera to either Dartmouth or Plymouth via Ivybridge, with each location benefiting from an hourly service .

The company is also investing £2 million in a new fleet of 9 high specification buses which will only operate on the Gold routes and will feature a distinctive gold and blue livery. The buses offer luxury as standard and feature extra legroom, high back leather seats and free Wi-Fi.

Not quite true, of course, the buses were bought for use elsewhere but diverted to Devon for some unexplained "commercial" reason. The internal politics of bus operators is often hard to fathom, but here the threat is to First Bus services in the area; specifically the X80 and the X81 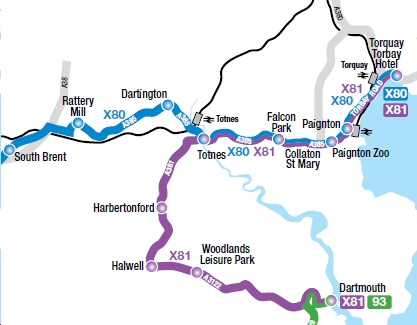 .Plymouth is at the end of the blue X80 off the map, left.

Then Plymouth City Bus has taken four of its first 8 "Red Flash" buses and painted them blue to compete with First on their Tavistock corridor. 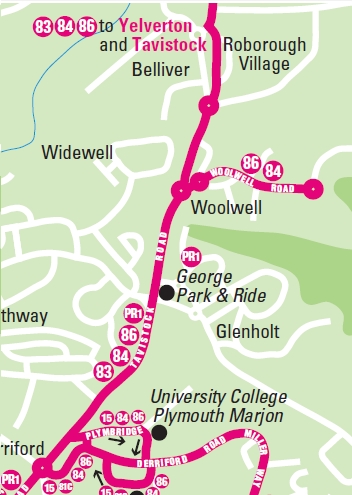 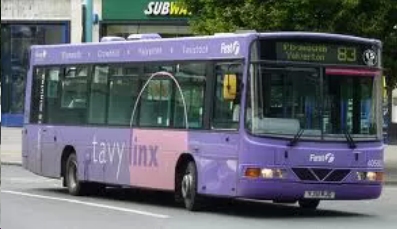 The service has always been messy ... 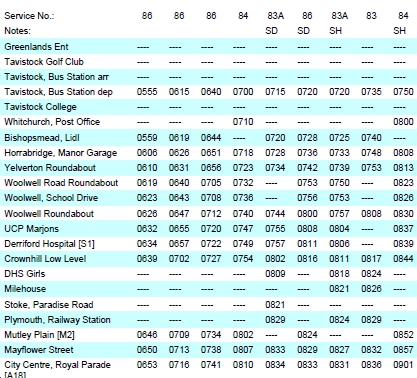 ... and the idea of the new simple-to-remember half hour frequency will be attractive for end to end customers. 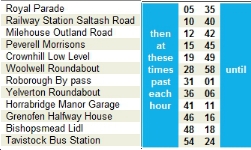 The third attack for Fearnley's Firstbus is on the Torpoint run.

Plymouth Citybus' Managing Director Richard Stevens said, "We have had requests from the residents of Torpoint for a Citybus provided service into Plymouth."

"One of the main points, which have come from our passenger consultations, is for them to be able to take advantage of the wider Citybus network, in particular services to Derriford."

But First Bus passengers can do that already!

"We are pleased to be able to cater for these needs by launching this new exciting service."

It is hard to see what is exciting about the new offerings! Drivers with rotating bow ties? Whoopee cushions on the seats? Free ice creams to every passenger? No it is simply a competitive "attack" on hitherto First Bus exclusive routes. 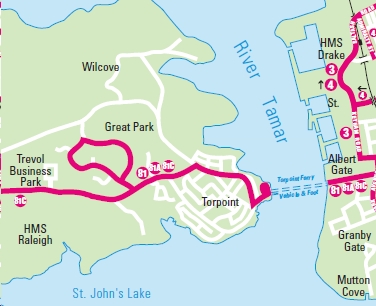 Like Tavistock, First's Torpoint route is complicated, particularly on the Plymouth side of the river,  ... 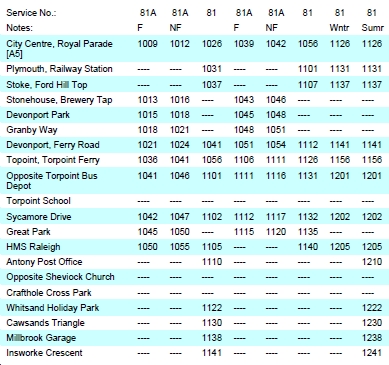 ... and has also recently lost its branding. 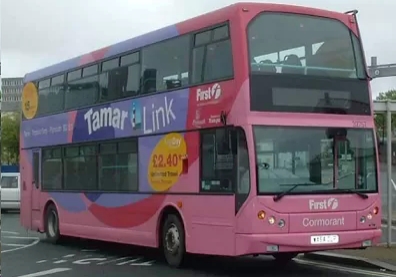 And we now know how First Bus has responded to this onslaught. A series of registrations has been lodged with the traffic commissioners which would appear to offer the following changes from 27th October.

FirstBus promised details
yesterday : but nothing had
appeared by 0700 today!!

We have registered a number of changes to our network in Plymouth and the surrounding areas from 27 October. We are currently compiling information on these changes and it will be published on our website, Facebook and Twitter pages from Monday 9 September.

fbb guesses are shown below

Park & Ride  : fbb understands from a local contact that these services are less used in recent months; so maybe a frequency reduction here

X80/X81  : cancelled completely. First have decided not to fight Stagecoach Gold. Will the newcomer succeed in making more money than First? Was this route profitable for First? Will the glitter of Gold still be around next year; in five year's time?

83/83A/84/86/86A  : an intelligent guess is that this lot will be simplified to compete more vigorously against the Blue Flash to Tavistock

81 etc  : another intelligent guess is for a simplification to the Torpoint routes and frequencies.

3   : route extended to Honicknowle instead of Barne Barton; to compete with City Bus route 61/61A 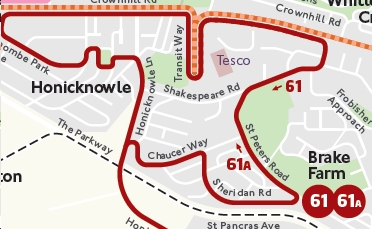 Purple  : new service to Laira and Efford; to compete with busy City Bus routes 8 and 9. 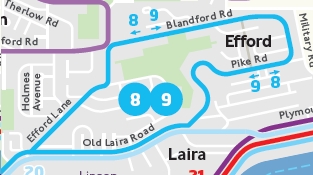 According to the Plymothian Transit blog, these changes will result in reduction of staff requirements and thus a saving of operating costs. So the changes look very much like a hearty response to City Bus and a capitulation to Stagecoach. IF the new tighter network works and is profitable it may well give First a stronger base to fight back; certainly a more robust response than giving up altogether.

Interesting times for the residents of "greater" Plymouth and even more interesting challenges for First's management.