The University of York was founded in 1963 with 200 students based in the centre of the city and at Heslington Hall. 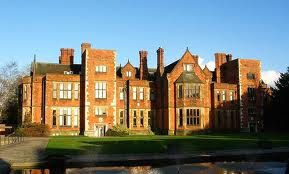 Over subsequent years a huge "campus" site was developed around the Hall. It is famous (?) for some of its architecture, a typical example of which is the iconic "Central Hall". 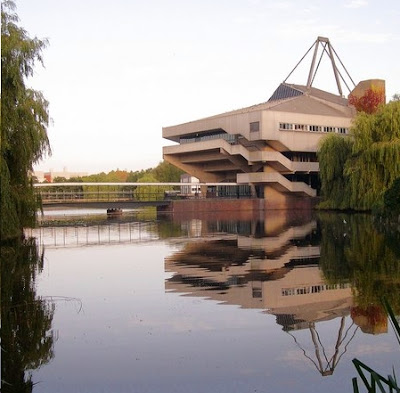 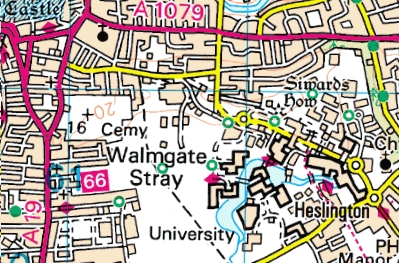 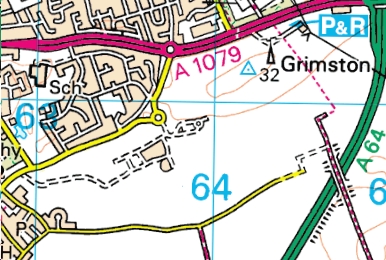 This is slowly but surely filling up the huge space containing the "64" grid number in the map above. The dotted lines mark the initial phase, but even more has been added since the map was drawn. 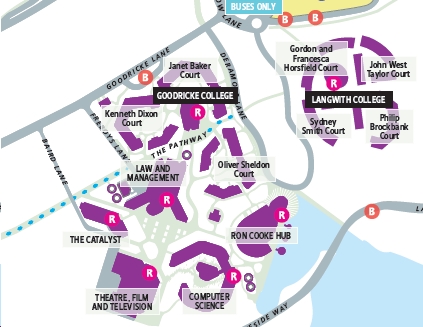 The "colleges" are the Halls of Residence; and, one day, development will fill the whole area ... ...as far as Grimston Bar Park and Ride (just off the map, top right).

Whilst fbb is unfamiliar with the detailed history of public transport to the University, he can remember that the main route down University Road has been numbered 4 (at times with 5) for some time. 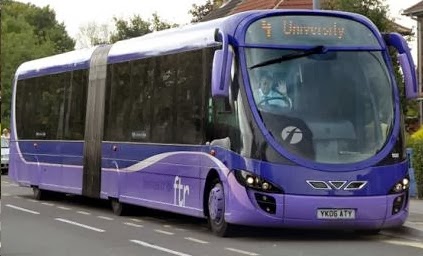 Route 4 was chosen as the  first of a series of high-spec routes branded "ftr". It was not successful!

However, for those unlucky souls who have to endure the expense and unreliability of the cumbersome purple monstrosities that represent the bus company’s inane view of the future (or ‘ftr’, if you’re twelve), it was a kick in the teeth from an organisation that has failed to keep its promises. Buses constantly arrive late, the mobile bus information system is vastly under-used and often wrong, and the malfunctioning ticket machines have been replaced by moody and impolite conductors, who take a huff at the idea of having to give change.

But before the purple ftr future feebly fizzled, buses were extended via Field Lane to Heslington East. [see "buses only", top and right of centre on the detailed map above; the one with appropriately purple appurtenances.] 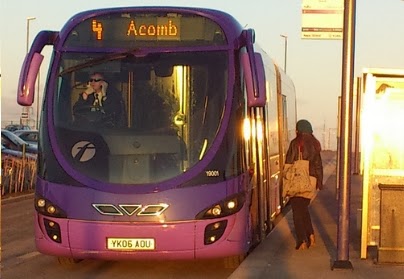 But along came a company called K & J Travel which resurrected the defunct name of "York Pullman" and started running buses in York.

One key service was route 44. 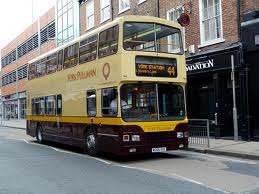 This competed directly with First's University service although the route was slightly different in the city centre. The 44 was also extended to more of the new campus along trendy brick University roads ... 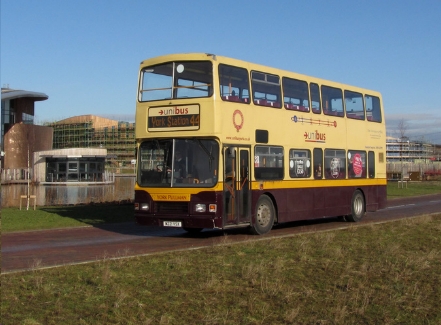 Our mission:- To inspire everyone to embrace active lifestyles, exercise and take part in sport and to offer the widest range of first class sport, health and fitness facilities, services and programmes in the city. 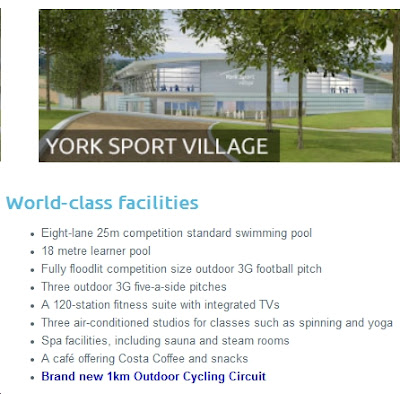 York Sport Village, operated by York Sports Village LLP, is a community venture jointly funded by the University of York, City of York Council and Sport England and is open to all, to either ‘Pay and Play‘ or save money by becoming a member. Our prices are competitive enabling everyone, at all levels of ability, to benefit from our world-class facilities.

It really does bring a lump to the throat and a tear to the eye.

Never mind; back to the buses. Subsequently York Pullman sold their bus services to Transdev, by then the owner of nearby Harrogate and District. And to partly complete this incomplete history of buses to the Uni, fbb is reminded that when the First route 4 was de-ftr-ed, it was cut back to the original terminus at Heslington Hall, no longer extending to Heslington East.

Ironically Giles Fearnley is now big boss of First and is facing competition from Transdev who bought the company he once owned!

Being a person of consummate bravery and always ready for a challenge, fbb chose to investigate the University's current bus services on a very (very!) wet Friday in early September while Mrs fbb was shopping sheltering in central York.

The initial results of his intrepid and soggy travels will be revealed from tomorrow. 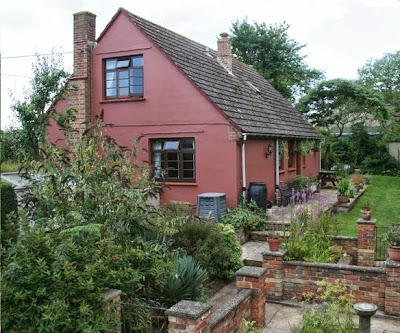 Whilst fbb is not aiming to become a part time estate agent [another task at which he would be totally inept], it is just possible that someone out there might be interested in this rural idyll located at Alverstone near Sandown. Details are (here).

Sadly, this pleasant little cottage is perhaps not ideally suited to a dyed-in-the-wood bus nut ...

... but the wildlife and country walks nearby are superb! It might, however, make a superb retirement retreat for a hassled, stressed and near-deranged bus industry ex-manager in whom health and safety, government initiatives, recessionary economics and the alarming increase in the price of Mars bars have contrived to instill a deep-seated desire never to see a bus again!
-------------------------------------------------
Next Bus Blog : Tuesday 24th September
Posted by fatbusbloke at 02:00