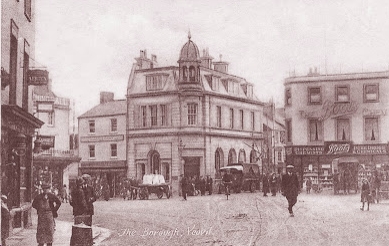 Yeovil was first mentioned in about 880 as Gifle. The name was derived from the Celtic river-name gifl "forked river", an earlier name of the River Yeo. The town was recorded in the Domesday Book as Givele, a thriving market community. During the 1800s it was a centre of the glove making industry and the population expanded rapidly. In the early 20th century Yeovil had around 11,000 inhabitants and was dominated by the defence industry, making it a target of German raids during World War II. The worst of the bombing was in 1940 and continued until 1942. During that time 107 high explosive bombs fell on the town; 49 people died, 68 houses were totally destroyed and 2,377 damaged.

Arriving at Junction station, fbb was searching for the connecting bus for the town. It was shown on the station departure boards ... 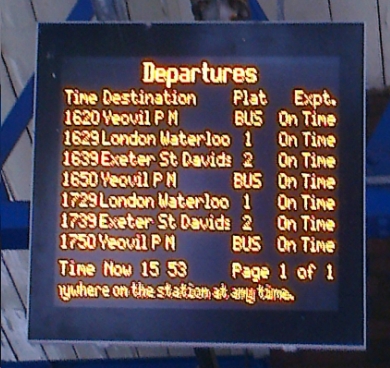 ... although why P M could not be spelt in full (Pen Mill; it does fit) is a mystery.

And, encouragingly, it is also signposted from the footbridge exit. 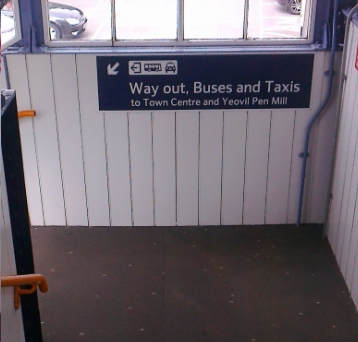 And there, even more encouragingly, was a bus shelter! 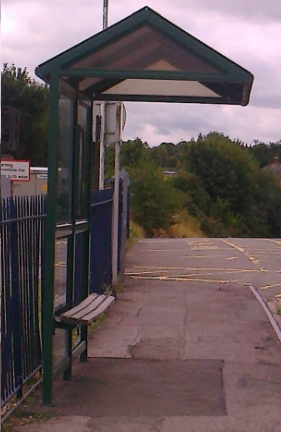 Less encouraging, however, especially for those with limited local knowledge, is the network rail station guide which happily reveals taxi and car park information but not a sausage about the bus. 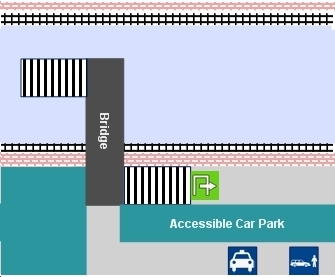 Equally discouraging was the notice in the shelter. 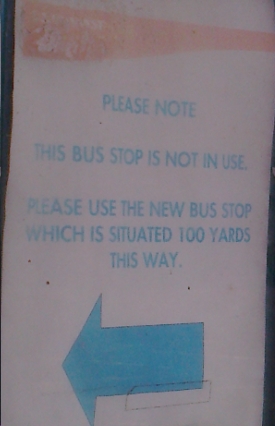 But a quick 180 degree turn revealed another shelter with a bus stop flag on it. This shows that First Bus route 74 stops there. 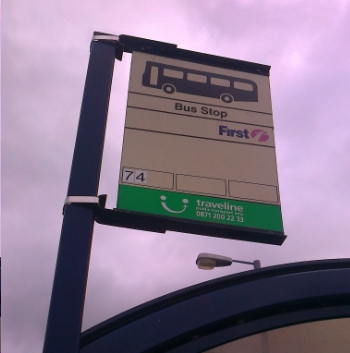 ... as there are only five journeys a day!

Of course, fbb knows that the route number he is looking for is 68, and that it runs every 30 minutes between Junction station, Yeovil town centre and Pen Mill Station. Would it not be a tad useful if this near secretive information were displayed somewhere in lettering large enough to be noticed? He also knows that it is run by South West Coaches. So is there another bus stop somewhere around? No, but there is a very small timetable posted in a frame at the far end of the same shelter. 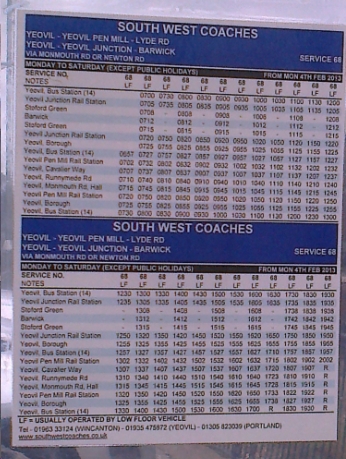 Perhaps it is this aura of uncertainly that prompted an innocent by-standing motorist to offer fbb and Mrs a lift to town. She was deeply disturbed to hear that the travelling twosome had come to travel on the bus.

So we are in the right place!

Once again, then, we have a lack of commitment to what ought to be a very useful service. The bus is supported by Southwest Trains and First Great Western, but their responsibility seems to end at the station exit. Somerset County Council does nothing helpful for public transport and, presumably, the contract with South West Coaches does not provide for bus stop infrastructure or information. So tough bananas all round!

Despite these tiny little niceties, in due course, the bus arrives. 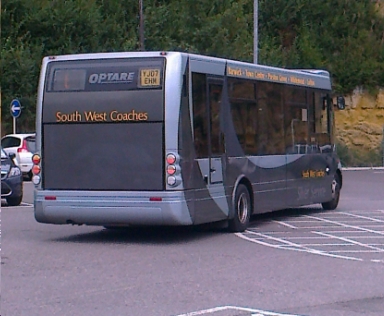 Timings are not ideal for travel from the west (i.e. fbb from Axminster) with at least 20 minute wait, but connections are better to and from London. Nevertheless, the bus arrived and departed on time and five minutes or so later sir and madam were deposited at Yeovil's bus station.

And what a mess greets their omnibologiocal eyes when they get there!

P.S.1: Blog reader and comment writer Peter e-mailed asking when the Yeovil blog(s) (which he had suggested) would appear. He also felt that fbb's experience on that fateful day was not typical of the current service. See "Talking of Breakdowns" (read again).

I think you were unfortunate on that day with SW coaches as they seem to be pretty reliable; traffic in Sherborne Road does cause major problems at certain times of day, especially Saturday mornings. It's nowhere near as bad as in the mid 70s when the A30 was the prime route to the SW before the A30 was 'sort of' upgraded and the M5 was extended. Then traffic often backed up half way to Sherborne on summer Saturdays. When First ran the service from Junction to the bus station only, it was very unreliable and drivers had a habit of not waiting for the train. I know of several incidents of passengers reaching the footbridge only to see the bus leave. Good for the taxis.


P.S.2: South West Coaches' printed timetable does not do justice to their own service. Note that the timetable begins and ends at Yeovil bus station. Logical? Not really. Consider a passenger from Pen Mill Station to Junction Station. 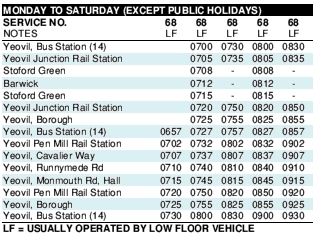 At first glance it can't be done. All journeys from Pen Mill terminate at the bus station. Of course, experienced timetable experts know immediately that you whisk your brain back up to the top of the table, jumping along a column on the way; and that the buses keep going from bus station to Junction railway station. But is it really that obvious?

A simple re-jig of the data, plus a bit of judicious shading, helps the passenger to cope. 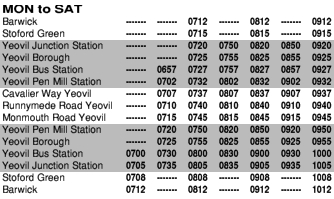 But we wouldn't want anything like that, would we?


Next Bus Blog : Friday 13th September
Posted by fatbusbloke at 02:00