There are many lists on-line of 50/100/500 things to do before you die. Surveys suggest that only about 5 of any list are ever achieved. fbb is up to 4 (and a half?) already, BUT reaches his Biblical sell-by date in 18 months so any more is likely to be a bit of a challenge.

5. Be mortgage free
21. Learn to speak another language
38. Have a family
42. Meet your favourite celebrity
45. Meet the Queen (actually Queen Mother)

But for the Public Transport enthusiast there are a whole load more which might not excite the average person-in-the-street. One of fbb's ferro-equinological extras has to be:-

So what's so special about Dovey Junction? Take the A487 south west from Machynlleth (close attempt at Welsh pronunciation = ma(as in "map")-hunk-leth; but that wouldn't win you a Bardic chair at an Eisteddfod!) and soon you will notice the railway line to Aberystwyth running alongside the road. 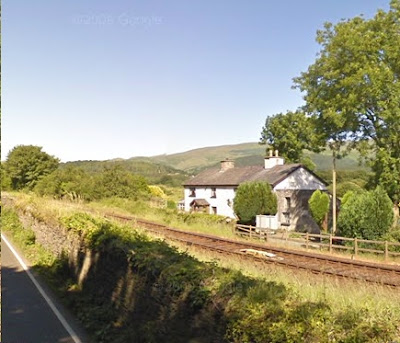 Next you drive past the Osprey Project (unoccupied when Google Streetview chugged past) which fbb visited last year. 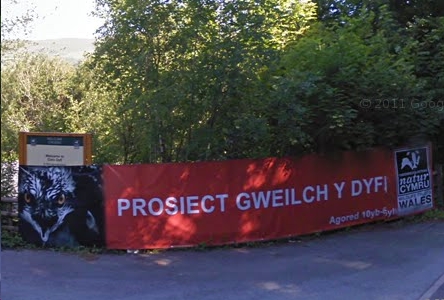 Then there is a little hamlet which is as sort of outpost of the village of Glandyfi. And there is a railway sign! 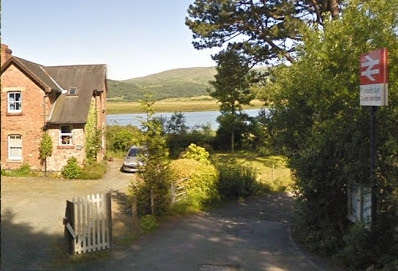 The house looks like a railway property, which might be a clue; except it isn't! The house is, indeed, the remains of Glandyfi station building ... 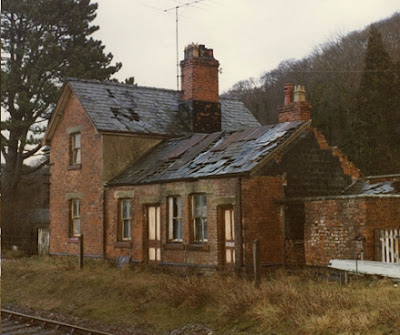 ... with much removed and much rebuilt. Glandyfi opened in 1904 (as Glandovey) at which point Glandovey Junction was renamed without the "Glan". Glandyfi closed in 1965. In its heyday it even had a goods yard ... 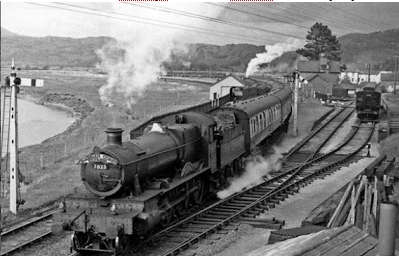 ... little used for goods in its later years.

But the railway sign leads, not to the peaceful remnants of Glandyfi station, but to a long cinder-strewn footpath ... 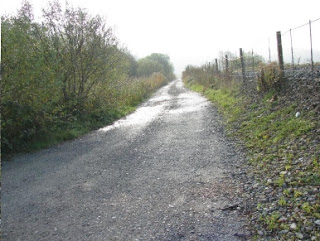 ... which runs alongside the line (seen here looking back towards Glandyfi) until, after crossing the track ... 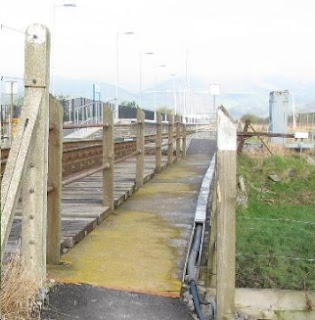 ... (on the level, no such thing as a footbridge!) you are on a long long platform in the middle of nowhere, inaccessible by road and surrounded by what can look very much like a swamp. You have arrived at Dovey Junction! The place is really weird, almost surreal - but it is even more weird, even more surreal when your journey planner tells you to change trains there. Dovey Junction is where the former Cambrian Railway line north to Pwllheli juncts with the southern (and shorter) leg to Aberystwyth. Even in steam days it was a very basic station ... 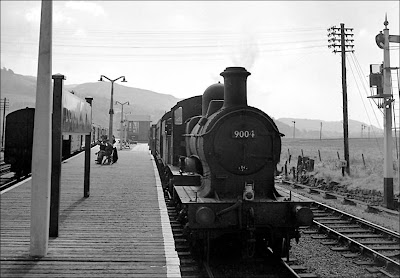 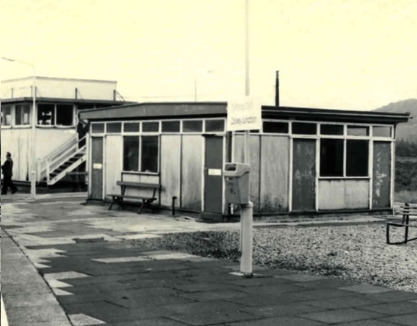 So it is that, in tomorrow's blog, fbb takes a train from Tywyn [once Towyn] to Aberystwyth and experiences the delights of this remote location all for himself. To add to the experience it was raining!


Next Rail Blog : Wednesday 21st August
Posted by fatbusbloke at 02:00