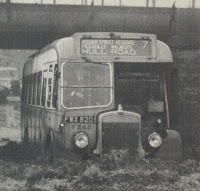 In yesterday's blog (read again) fbb confessed to being unable to locate this bridge in York. It can't be Leeman Road, though fbb, that's more of a tunnel! 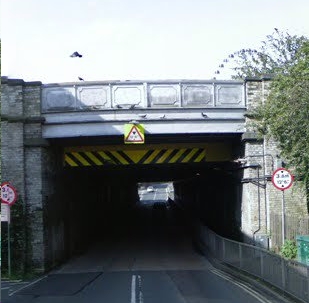 But the fat bloke forgot the second bridge under Leeman Road ... 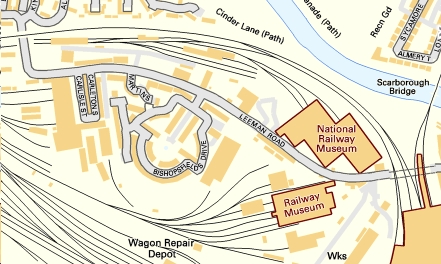 ... here top left with the much more monstrous tunnel bottom right. Here is where the bus was photographed. 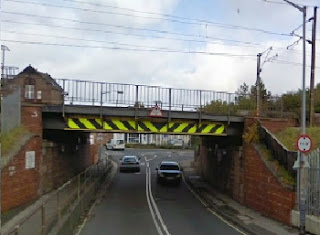 Thanks to all contributors for their help. 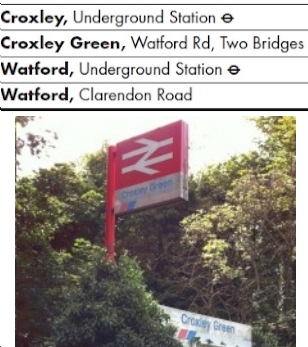 I cannot forecast to you the location of Croxley Green. It is a riddle, wrapped in a mystery, inside an enigma; but perhaps there is a key. That key is total secrecy in Hertfordshire's national interest.

Trains ceased to serve Croxley Green station in 1996, but the signs were still there last Saturday. Bus timetables still refer to the stop as "Croxley Green Two Bridges." But Croxley Green simply isn't there and never has been. But we are ahead of ourselves. Here is fbb's chosen steed, awaiting its four passengers at Hemel Hempstead bus station. The gentleman on the mobile phone is our esteemed driver, dressed in his smart, confidence-inspiring Red Rose company uniform. The journey is the 1315 to Watford via the Hertforshire hinterland ... 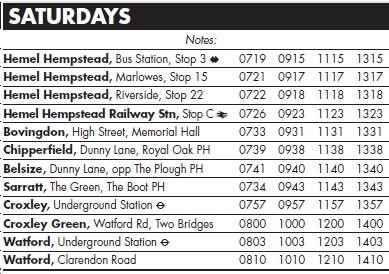 ... and via the real, but utterly secret Croxley Green.

Hemel has more than its fair share of bus "interchanges" and the 352 calls at all four. From the bus station we run via the "original" town centre stops on Marlowes ... 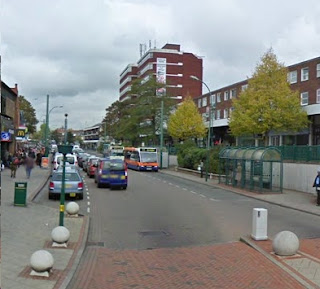 ... via Debenhams in Paradise, a new development to the south of the town centre ... 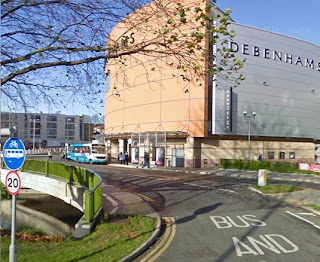 .. and via the utterly underwhelming bus facilities at the railway Station. 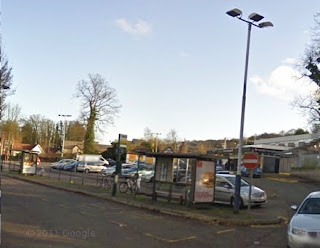 Hemell Hempstead station is not, as you might well expect, at Hemel Hempstead but was built at the tiny village of Boxmoor (red station dot, bottom left). 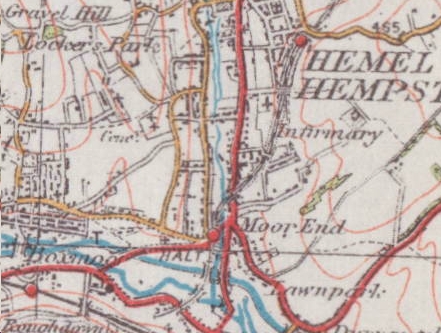 Hemel Hempstead station opened with the line as "Boxmoor". It has also been called "Boxmoor and Hemel Hempstead" (1912–1930) and "Hemel Hempstead and Boxmoor" (1930–1963) For many years, Hemel Hempstead station was almost a junction - a railway embankment on the south (down) side of the station led to the end of the "Nicky Line", a branch line through the town centre to Harpenden. However, due to arguments between the Midland Railway and the London & North Western Railway, no direct connection was made between the two lines. Nicky Line trains terminated at Heath Park Halt. (red dot near "Moor End") 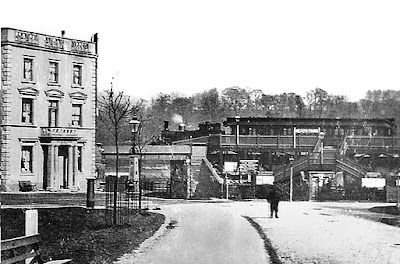 There is nothing standing that would identify this little halt; even the embankment has been razed. Neither can you see much of the original Hemel Hempsted Station (the Midland Railway never included the "a") in the centre of the old town (village).. The line crossed where Midland Road became Adeyfield Road and the eponymous pub still stands. There is also a suspicious bit of bridge parapet by the silver car on the right. 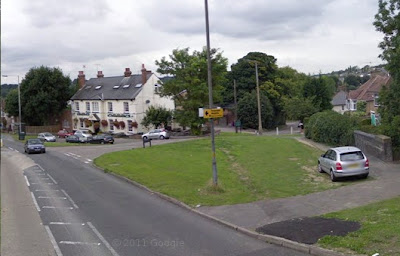 Most of the Nicky line is now a footpath and cycle track.

The juxtaposition of the town centre bus stops is shown in a helpful on-line map.

Having  enjoyed (?) the high life in Hemel with its shops, offices and heaps of urban stuff, we are about to enter a different world. But, before we depart, a delightful on-line pic of what was defined as "The London Country Bus Station" in the 1960s ... 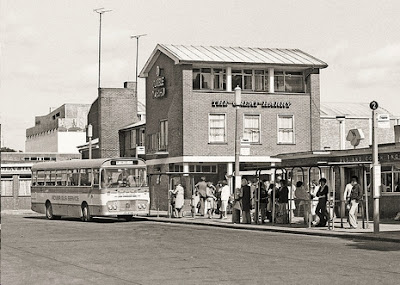 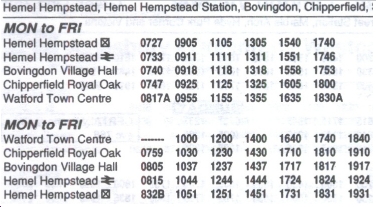 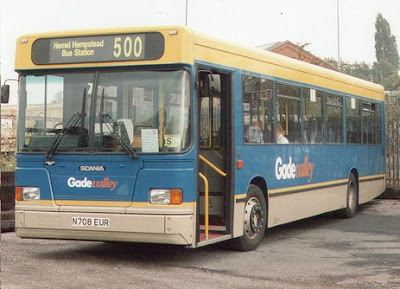 A pre-Arriva brand used for services in and from Hemel Hempstead.. The river Gade passes through the town and provides a little verdant oasis amongst 1960s concrete. 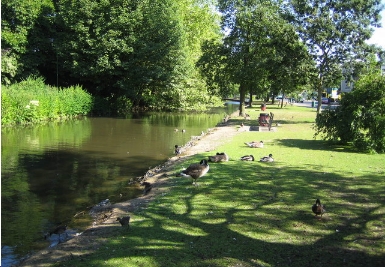 On leaving Hemel, our journey becomes as rural as many in the UK (well, perhaps not up to Lake District or highlands of Scotland) as we set off for Croxley Green and a subsequent return to urban sprawl.


Next Bus Blog : Tuesday 2nd October
Posted by fatbusbloke at 02:30