==========================
It was Pringles where they said "Once you pop you can't stop". Sometimes blogging has a similar addictive effect. When Sheffield borrowed lots of buses in the late sixties, a batch came from Edinburgh, two from Northampton and a batch from Huddersfield. The latter worked exclusively on service 97 from Southey Green to Nether Edge. Belatedly fbb has found one of his ex-slides of vehicles passing the junction of Cemetery Road and Washington Road. 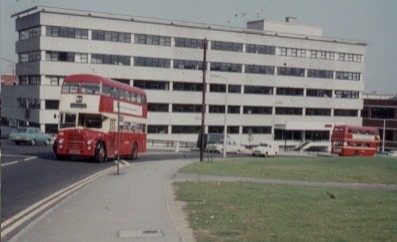 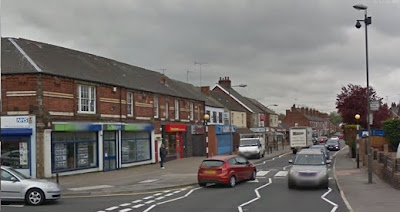 
Although Killamarsh is in Derbyshire it has always had the greatest affinity with Sheffield. Collieries formed the mainstay of the local industry and these, of course, were originally served by train. Carrying coal was the commercial "raison d'être" of all the lines; but the sideline of passenger business created three stations for the village.

Travelling east from Sheffield today we first cross over the original line to serve the community.

This is the former Midland Railway main line between Chesterfield and Rotherham, originally by-passing Sheffield, which opened in 1840. The station opened in 1841 and was renamed Killamarsh West in 1950. 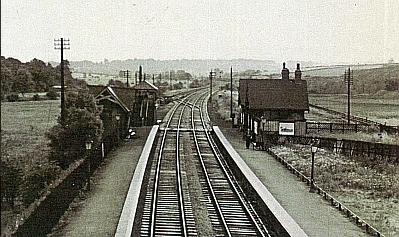 Only 4 years later the station was closed; but the so-called "Old Road" remains for freight and occasionally for diverted passenger expresses to Sheffield.

A little further along the road is this bridge:- 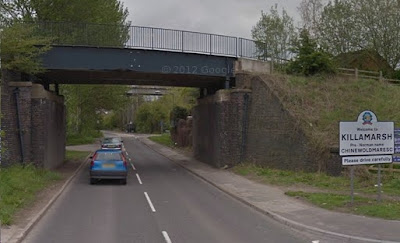 Throughout South Yorkshire and North Derbyshire, the Midland Railway and the Great Central Railway (GC) competed vigorously for coal traffic. So in 1890 the GC opened its line parallel to the Midland. Its "Killamarsh" Station had "Central" added in 1950. 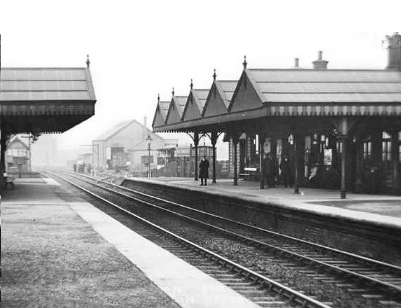 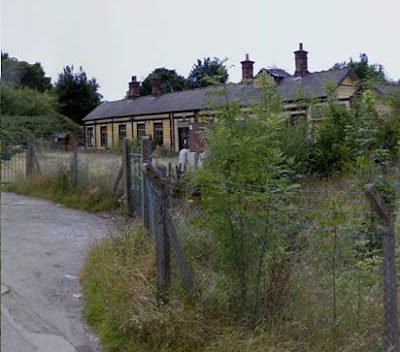 ... and are in line for a full refurbishment as a village community project. This station closed in 1963 and the line was a goner 20 years later. 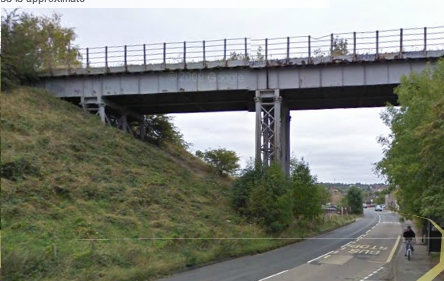 ... and the first Station to go (in 1930). The Lancashire, Derbyshire and East Coast Railway was absorbed into the GC in 1907 but had already built a station called Uppethorpe & Killamarsh a little further south on Field Lane (the continuation of Station Road) which crossed the line on an overbridge as shown. 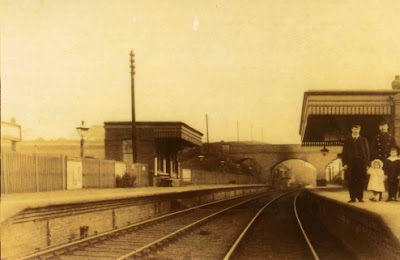 Almost all trace of this line has gone and Field Lane is a track un-traversed by Google Streetview. As usual, two lines of trees and the bridge parapets can still be discerned on this aerial view: 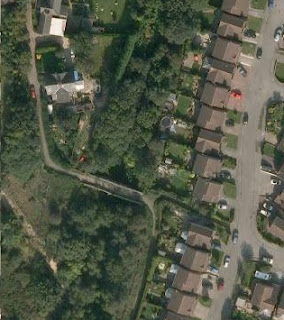 ... but even the shallow cutting is all but totally obscured by undergrowth.

So there were three stations but they had all disappeared by 1963. But since the 1920s it has been possible to get from Sheffield to Killamarsh by bus and we look at this transport mode tomorrow. Meanwhile, here is a 1940s map extract to help our readers grasp the context of these lines. 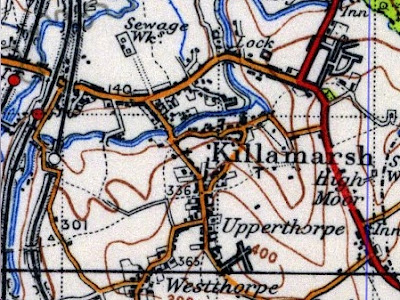 Killamarsh (West) is the far left red dot; next comes Killamarsh (Central) and, finally the white dot of the already closed Upperthorpe  & Killamarsh.

At least from 1921 to the mid eighties, the bus from Sheffield was as unchanging as the Laws of the Medes and the Persians.


Next Bus Blog : Thursday 18th October
Posted by fatbusbloke at 02:00