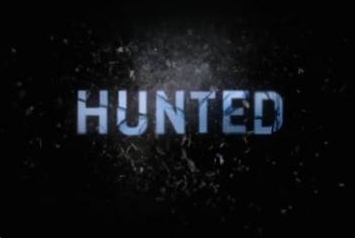 It was last Thursday's episode of Hunted that happened, in part, in hidden London, namely the Kingsway tram tunnel. For those unfamiliar with this series, it concerns the activties of a private "spy" company and its "best operative", Sam (Melissa George). She is a slight little "gell" who apears to have the skills of a heavyweight boxer, a kick boxing supremo and the incisive mind of a Deep Throat computer. She can also kill grown men with a snappy blow of her delicate little hands! 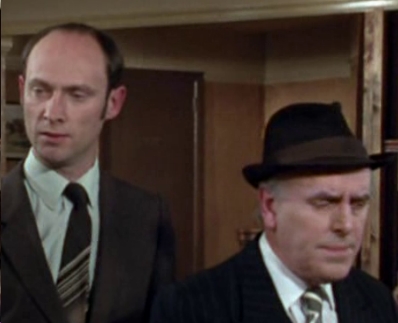 The arch baddie (Jack Turner) is played by a profoundly evil Patrick Malahide, who has moved on since his crime-fighting days as Chisholm in the "Minder" series! He is doing some hyper-dodgy deal with the Chinese which involves a computer system making huge profits from the stock market. The scheme makes mega-bucks when companies go through bad times, so Mr Super Nasty simply creates the bad things to enhance his profits.

So Sam enters the offices and discovers, amazingly ... 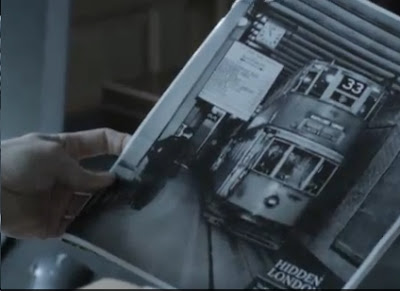 ... a picture of the very last tram to use the Kingsway subway!

Assuming the evil Malahide/Turner isn't simply a bus and tram geek, there must be some other nefarious explanation. 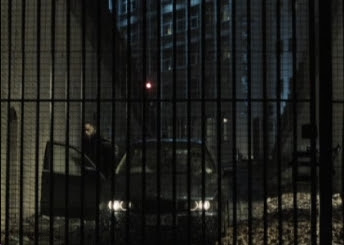 Later, lo and behold, an under-baddy arrives at the subway, climbs the former passenger exit steps and begins his dastardly deed. But the location is real; it is the Holborn entrance to the subway ... 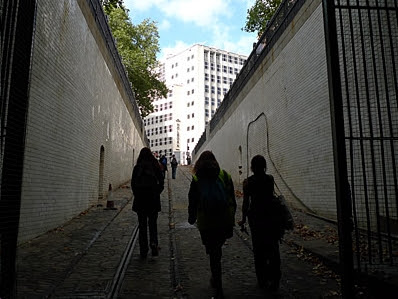 ... seen here on one of the rare public openings. (Note the hotel in the background). Anyway, at the top of the steps ... 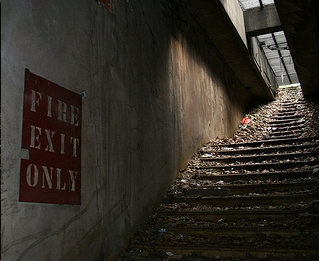 ... , rather than banging his head on the grating that covers the former exit, minor baddy Tyrone gains entrance to the basement of an office block; this being an typical example of he series' "artistic licence" (or simply yet another ludicrous bit of the unrealistic plot!). Here he cuts into a gas main with his angle grinder (as you do), thus ensuring that the first person to light up at street level instigates boom time for the office block. 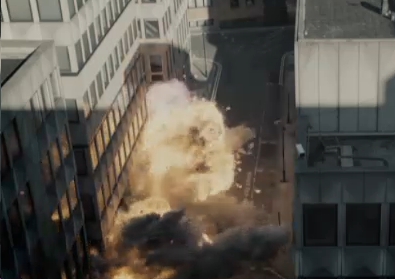 So where's the travesty, we hear you cry! Note the standard London Transport tram stop roundels at the original Aldwych tram station; there were also high-up ones to be read from top deck tram windows. Now pan round to the station name in the "Hunted" episode. 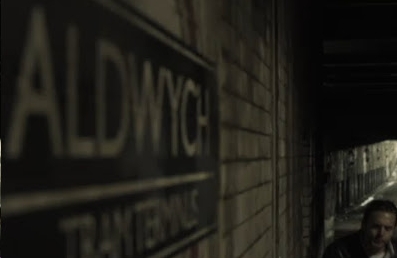 Maybe this was not quite as awful as the railway scenes from ITV's "The Bletchley Circle" located, officially, on the line from St Pancras via Kentish Town to Barking. Locomotives were labelled "Southern", coaches were shiny malachite green and the stations were delightfully rural! fbb looks forward to a ride to beautiful bucolic Barking! 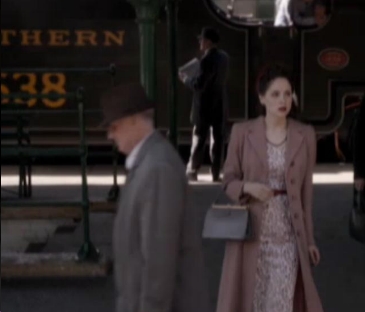 The departure board at St Pancras was a horrific fiction and, in one episode, a London bus trundled past. Sadly, for an episode set in the immediate post WW2 years, it was a routemaster with ... 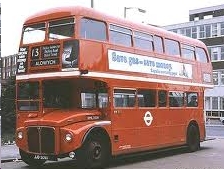 Good for a giggle, but disappointing nevertheless.

Next Bus Blog : Monday 29th October
Posted by fatbusbloke at 02:00