And where and what is this? 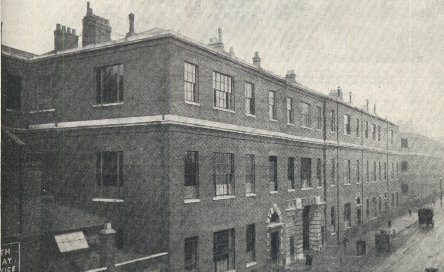 It is in Seymour Street in central London; or rather it was. fbb has driven along Seymour Street c/o Google Streetview and cannot spot the esteemed edifice in any recent manifestation.

And these are mere cats ... 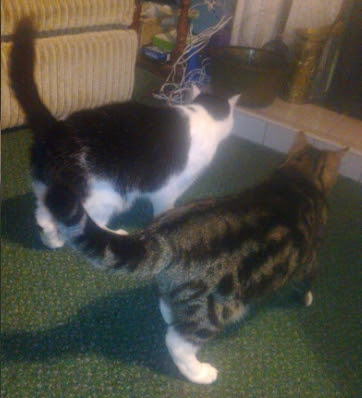 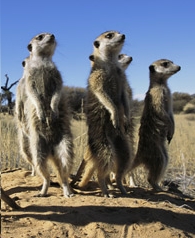 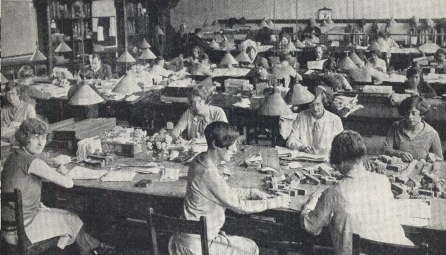 ... is where the predecesssor of "orcats" took place! This room, full of busy people, was in the Railway Clearing House in the early 1930s. Then, it was situated in Seymour Street. It was set up by the railway companies to solve an almost intractable problem. If, for example, you bought a ticket from Portsmouth to Glasgow, which railway company would get the money? Clearly the Southern Railway, who sold you the ticket, could not claim to keep it all.

So every little cardboard ticket (remember them?) ...

... found its way back to the Clearing House where they were counted and the money from their sale was shared out. It was very labour intensive ... 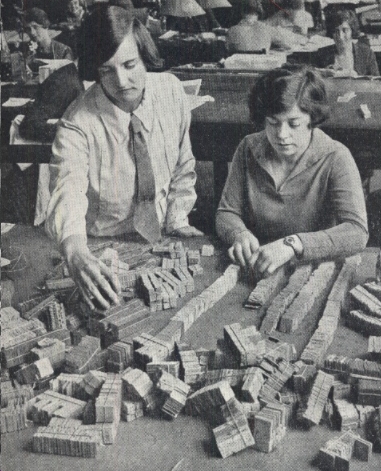 ... and must have been an accountants' nightmare. But it worked. Certainly, there were disputes and a system of appeals and arbitration but, in the end, everyone got the money that they were owed. Not only passenger revenue was handled, but also the necessary to-and-from of lolly for freight. Again huge amounts of paper were processed daily. 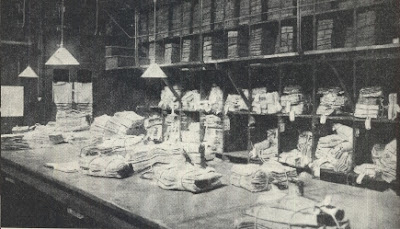 With a nationalised railway, there was less need to allocate. Indeed, the much maligned Dr. Beeching was often criticised because he did not allocate a proper share of the fares to branch line termini; he worked only on ticket office sales.

But a similar process had to be re-applied to today's privatised railway. A standard (full-price) return from Portsmouth to Glasgow would obviously be valid on trains of all these companies:-

But it doesn't end there. With a "break of journey" the itinerary could (possibly) involve:-

Somehow the revenue needs to be shared. But How? Answer, Orcats or, more correctly O.R.C.A.T.S. The abbreviation (!) stands for Operational Research Computerised Allocation of Tickets to Services. In other words, Orcats is the modern day equivalent of the Railway Clearing House. The complex computer program is titivated by data from regular surveys of where people are going and how. And, every so often there are minor skirmishes between companies but, generally, it seems to work. 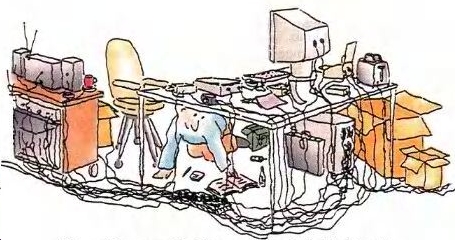 An fbb exclusive : The Orcats computer (and staff) at work

Somehow or other, the Clearing House system looks as if it might haver been more understandable and possibly more reliable and accountable. At least it used real data, not computer generated guesswork algorithms.

The source of the Clearing House pictures will be revealed in tomorrow's blog. In the meantime, this is what a "Google" search produced when fbb asked for "orcats pictures". 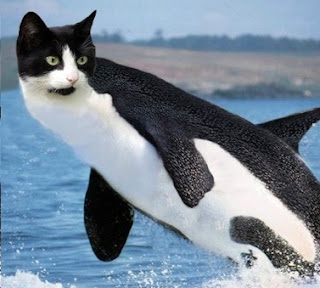 The internet is a wonderful thing!


Next Bus Blog : Sunday 21st October
Posted by fatbusbloke at 02:00