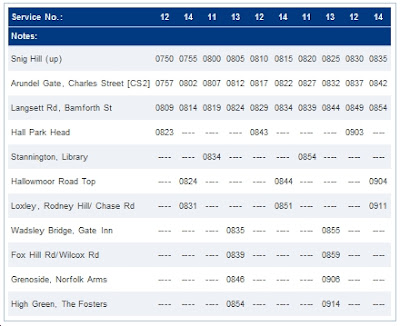 Four routes (11, 12, 13 and 14), one of them brand new, all shown on the same timetable although their destinations are significantly different. 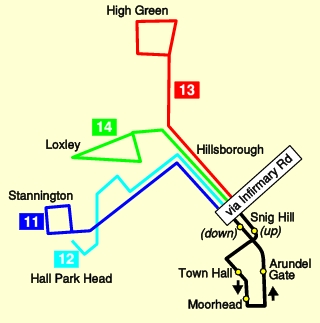 This highly (extremely high!) simplified fbb diagram also shows that three of the four end in significant loops; all badly shown by First and TSY.

First management must have been on some sort of training course for confusing the passenger and putting people off travelling by bus. There is an argument (not much of one) for showing the 11 and 12 together; TSY thinks they both go to Stannington, which they don't, but surely First's customers would be happier with the disparate 13 and 14 being given separate recognition? For once TSY have made the right decision here. Well done chaps!

But with First, the mind boggles. 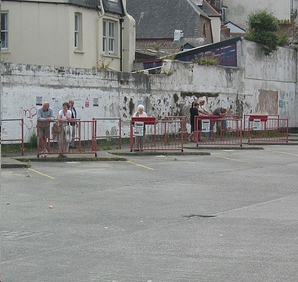 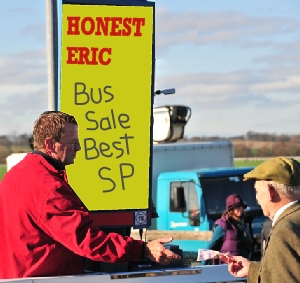 Who will buy my run down First bus company? This is a guest blog by our Northampton correspondent, (with additional material from fbb); and he writes:-

I have spoken to Honest Eric, the bookie at his stall outside St James' depot, and he is offering the following odds.

10 - 1
Go-ahead : Seemingly will buy anything at the moment. [fbb] Go-ahead has certainly been in expansionist mood recently; but purchases have usually been independent companies. The exception to that policy is, of course, the ex-First London depot. 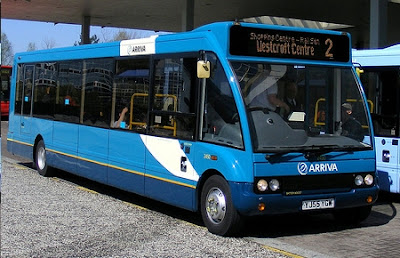 20 - 1
Arriva : Fits into a hole between Milton Keynes and Leicester. Has experience of running in Northampton, which may discourage them. [fbb] Arriva ran a tendered route from Milton Keynes to Northampton but their recent acquisition history is again with independents (Wardle, Midland). 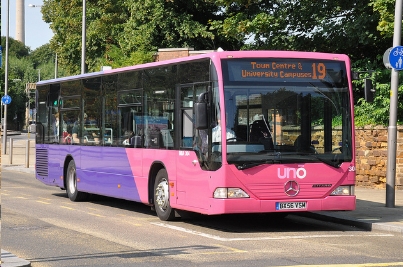 25 - 1
Uno : Would not be surprised to see them start something competing with First before the sale. Could reduce the frequency on 4/4A as they already have 5 buses an hour going to Kingsthorpe; or they might rationalise the whole batch of routes to the north of the town. [fbb] Uno has an operating licence for 30 vehicles, far, far more than are needed for the University job. 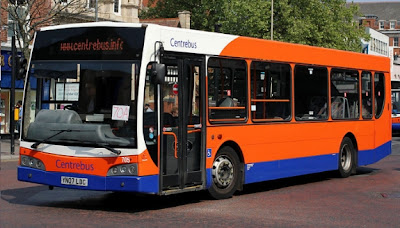 50 - 1
Centrebus : I suspect they will wait to pick up any tendered work if First does not find a buyer. [fbb] Cenrebus is very widespread; from Luton to Huddersfield; the company (companies) must be difficult to manage but Northampton is close enough to other operations to make it a possibility. 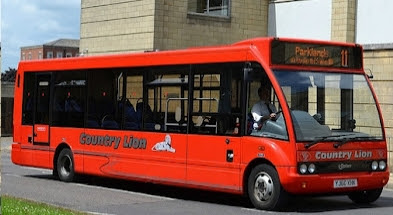 Country Lion (based in Northampton) : They have two Optare Solos painted red. Like Centrebus, might wait for any possible tendered work. [fbb] Memory is not that good for detail, but Country Lion was established as a minibus hire operation in late 60s early 70s (?) and subsequently expanded into tendered work and school contracts. This would be a major change of emphasis. 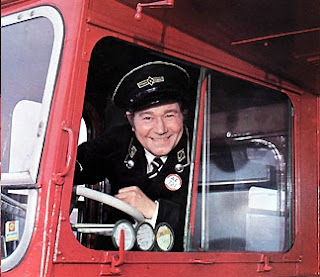 [fbb] Answer. Apart from being camera-shy, dunno! His former Status Group empire is all sold off and replaced with interests in Centrebus (see above). 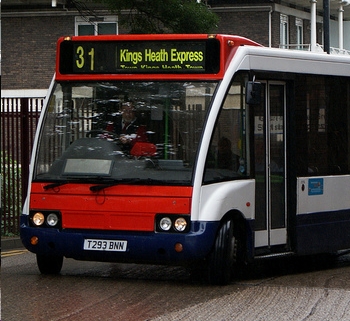 200 - 1
Meridian : He can't afford it. Are there that many preservationists willing to sell him their buses to make up his elderly fleet? [fbb] Meridian runs in competition with First on the Kings Heath route in Northampton. If the company had the money, rationalisation would be the sensible option. But ... 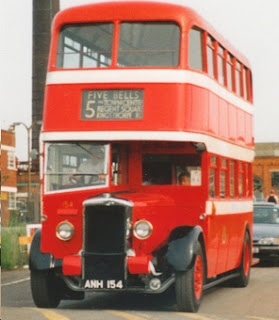 500 - 1
East Midlands Vehicle Preservation Group : Might muster enough buses for a tendered Sunday route. Most buses not buggy or wheelchair friendly and passengers might be confused by variety of liveries. Possible revenue from enthusiasts. [fbb] A lovely but wholly impracticable idea. Sadly instant bankruptcy would beckon.


Stagecoach have already indicated that their runner has been nobbled by the OFT. [fbb] Of course, if First just pack their cases and go away, there would be no problem for Stagecoach simply to register replacement services. That's what happened in North Devon.

Not very encouraging for any bus passenger living north or south of Northampton town centre.