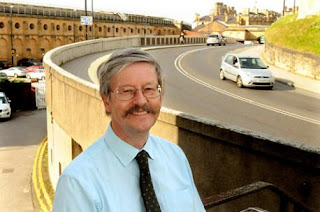 York could finally get a long-awaited bus interchange under proposals to demolish a major bridge on the inner ring road. 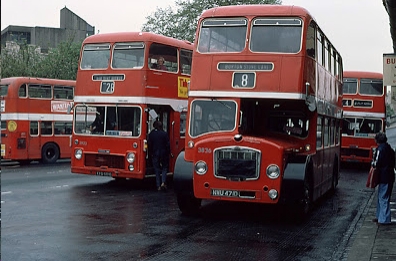 For many years bus station-less York has proved difficult for bus passengers. Most services have always called at the Railway Station, but the road is busy and the whole experience is chaotic. 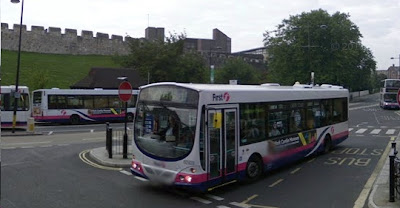 note the "industrial" tower inside the city walls
in both station pics : now removed

Council officials are examining the idea of demolishing the Queen Street bridge, between York Railway Station and Micklegate Bar, to create an interchange on land below. Passengers emerging from the railway station would only have to walk a short distance to catch buses to most destinations in York and further afield. 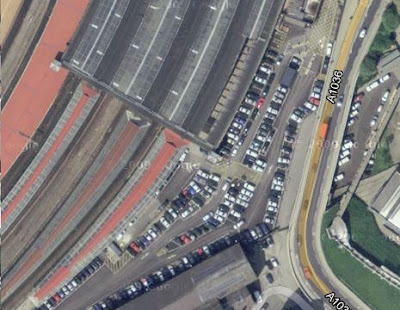 The car park area to the south of the station buildings is where buses will congregate if this plan goes ahead. The A1036 is a sort of inner city ring road and it forms Queen Street Bridge at this point. 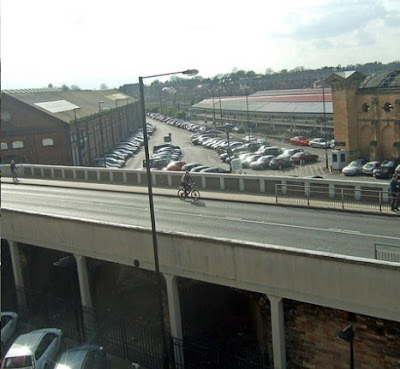 This is a view from the City wall, looking south towards the present car park area, and, yes, it is a bridge.

Councillor Dave Merrett, Cabinet Member for Transport, Planning & Sustainability, stressed that the multi-million pound proposal was at a very early stage, with officers having started a detailed examination of its feasibility and the potential cost benefits only a month or two ago.

Such an interchange could have benefits for bus services coming into the city which currently don’t go to the station, partly because of turning difficulties,” he said. “For example, the Easingwold service turns round at Exhibition Square ...

... which makes it more difficult for us to make better use of the area for pedestrians. And the Selby bus stops at Piccadilly ... 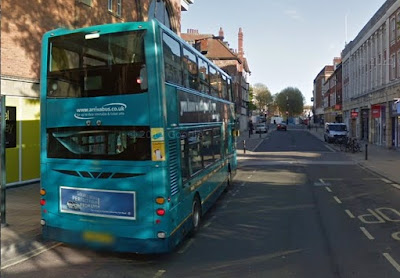 ... and then goes through Coppergate and Clifford Street; an interchange would give such buses the opportunity to go through to the railway station.”

Councillor Clifford is dead right. Bus terminals in York are a mess, having grown up haphazardly. Continual tweaking of one way streets and pedestrianisation has compounded the problem. Way back in the late 80's a post-deregulation senior bus manager told fbb that running buses in York was "a nightmare". It gets steadily worse. 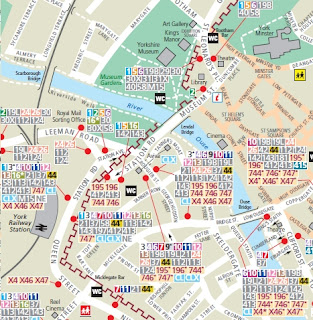 Clearly, one central terminal would be ideal. Sadly, the potential site chosen is far from central. It would be great for passengers requiring interchange with the trains but less good for those requiring shops, the Minster or the Yorvik centre. 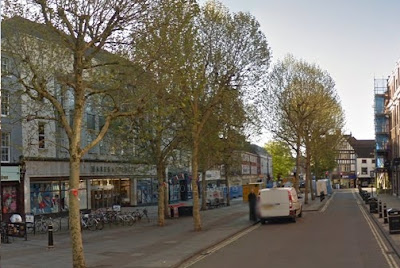 Then there is the problem of the extra cost of bringing buses though the busy part of the City from locations like Piccadilly and Exhibition Square to the new facility. Would such route variations be commecially viable? And, of course, who is going to pay for it all; not, fbb suspects, the bus companies! Even Councillor Dave is less than clear on this point.

He said the scheme might form part of a major capital programme bid for funding from a devolved transport fund which the Government was proposing to set up. “It’s a very expensive proposal, which we couldn’t fund ourselves.”

Two other questions of world shattering importance need to be grasped, however ...

... namely  (1), why has Councillor Dave chosen to wear that fake moustache (top picture)? And (2), what is a bridge over nothing, a bridge too far, doing on Queen Street anyway? The second question, at least, will be answered in tomorrow's blog. Meanwhile, a comment on-line ...