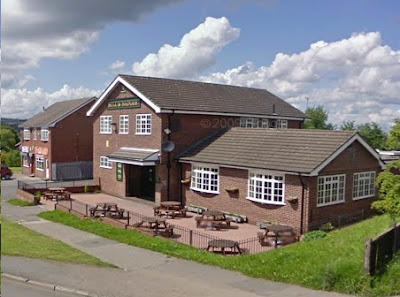 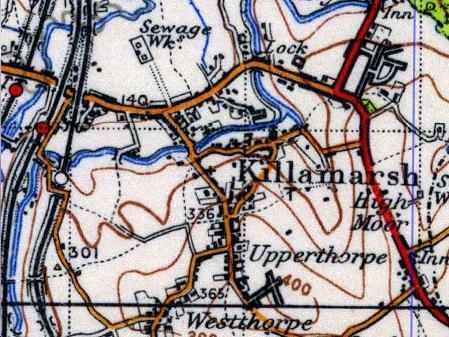 ... was a small community in a "local group" with Norwood (top right), High Moor, Westthorpe and Uppethorpe. By 2012 these had become conjoined into one dormitory town sending its residents to Rotherham (north), Worksop (east), Chesterfield (south) and Sheffield (west).

Upperthorpe, for example, once had shops (left) and a pub; of which only the pub remains, the white painted buildings on the right. 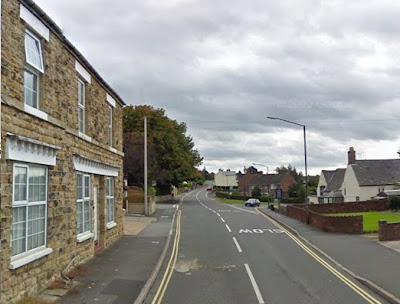 So, over the last few years, buses which once stuck solidly to the main roads have had to penetrate the estates, mostly running in a large loop as shown below. 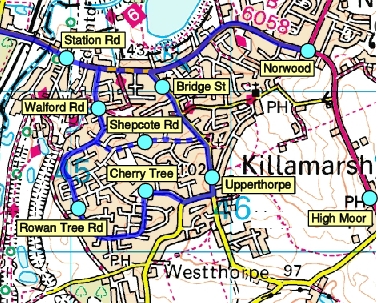 fbb lacks the knowledge and the expertise to document the full history of Killamarsh's buses from deregulation (1986) to the present; that is a longer term project! Bearing in mind that there are only a limited number of ways to get to or from the village, the best that el chubbo can offer is to review the current pattern of service (at 19th October 2012) and compare it with the network planned under the Sheffield Bus Partnership, but presumably with the involvement of Derbyshire.

So here goes with the current Monday to Saturday daytime service and, please note, other less frequent routes that run to Clowne (74) and Worksop (271) are excluded:- 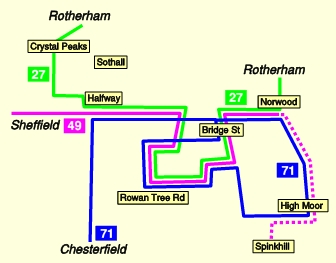 49  every 30 min First Bus
Sheffield, Manor Top, Frecheville, Mosborough, Halfway tram terminus, Killamarsh estates, Killamarsh Bridge Street and Norwood. Some peak hour Monday to Friday journeys serve Spinkhill (until recently Spinkhill had an hourly service). This route is the equivalent of the original Sheffield Transport 26 but with a diversion in the Mosborough area.

From 28th October this changes to:- 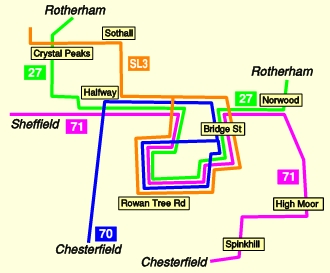 27  every hour First Bus
NO CHANGE

49
WITHDRAWN, but replaced by journeys through to Sheffield on revised route 71.

70  every hour Stagecoach
From Chesterfield to Eckington then via  Halfway tram terminus, Killamarsh Bridge Street, Killamarsh estates, returning as outward to Chesterfield.

71  every hour Stagecoach
AS BEFORE between Chesterfield and Renishaw, then via Spinkhill, Norwood, Killamash Bridge Street, Killamarsh Estates, Halfway tram terminus, Mosborough, Frecheville, Manor Top and Sheffield. This reinstates an hourly service between Spinkhill and Sheffield as well as replacing the previous First Bus service 49.

SL3   every 10 min Stagecoach.
NEW! Buses start from Moss Way where there is a layby right next to the tram stop. 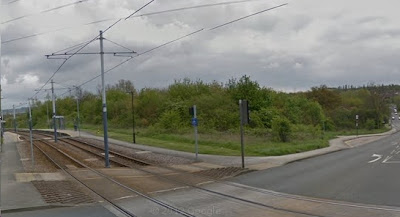 For passengers from Killamarsh to Sheffield this represents an increase from two buses an hour to seven albeit with six journeys requiring a change to the tram. It is hard to speculate as to whether this revolutionary service will be a success or a "disaster darling". A previous attempt to provide a zippy half hourly run from Killamarsh via Crystal peaks then virtually non-stop to Sheffield in the form of T M Travel's X26 was withdrawn after about a year. Certainly, when fbb rode on it, it was very sparsely loaded (two pax plus fbb through to Sheffield). 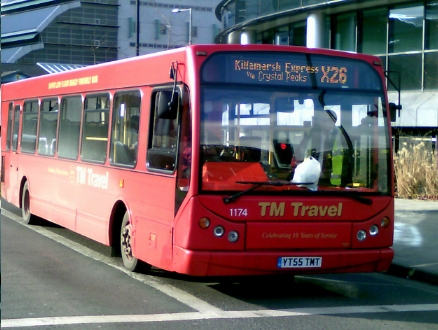 A comparison of running times suggests that, under the new regime, the conventional route 71 at 38 minutes from Killamarsh Bridge Street to Sheffield bus station is much, much better than SL3 plus tram at 55 minutes, assuming that the tight connection at Moss Way happens. If not it becomes a likely 1 hour and 5 minutes.

As usual, single fares are hidden and unavailable due to the Official Secrets Act but, under the Partnership, at least there are inter-available day and weekly fares; so Killer Martians could have a choice.

and gets you there more slowly than the bus

But then there's the problem of unravelling the SL3 timetable ...

Next Bus Blog : Tuesday 22nd October
Posted by fatbusbloke at 02:30