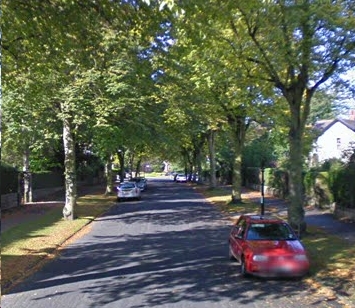 This is leafy Langcliffe Avenue in Harrogate, North Yorkshire; and it hides an intriguing secret, not well known even by locals. Under the tarmac and between the lines of up-market respectable dwellings, lies a barely buried tunnel; part of the ferroequinological history of this elegant spa town. 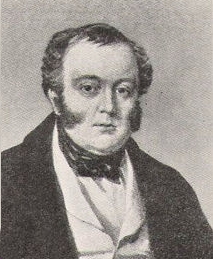 The York and North Midland Railway opened in 1839 largely financed by George Hudson (subsequently disgraced because of fraud and bribery) who invested a substantial inheritance in the North Midland, becoming a director. Having completed the York line, Hudson turned his attention to Harrogate, proposing a branch to the town from a junction with the Y & NM at Normanton with stations at Stutton, Tadcaster, Newton Kyme, Thorpe Arch, Wetherby and Spofforth and a terminus at Harrogate. Local people and businesses initially opposed the railway fearing an influx of people from Leeds and Bradford would lower the tone of the area but this opposition was overcome and the line opened to a temporary terminus at Spofforth 10th August 1847 and was extended into Harrogate Brunswick on 20th July 1848.

The line veered slightly left from the route of the current tracks, just north of Hornbeam Park Station. Almost immediately it entered a tunnel ... 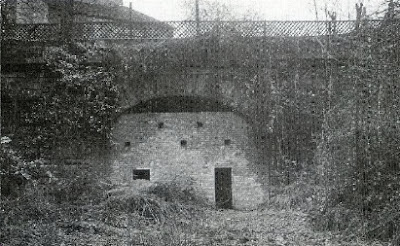 ... following the line of Langcliffe Avenue until re-appearing in daylight just past the present junction with Leeds Road. At the time of construction there was no housing as such in the area, the line proceeding through largely open country. 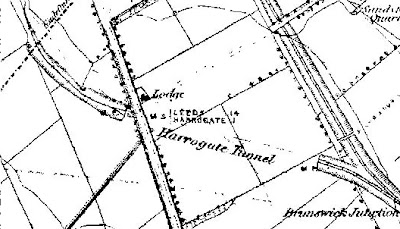 The map shows a milestone (MS) 1 mile from the present centre of the town and today we would find a roundabout and a substantial built up area at that point. 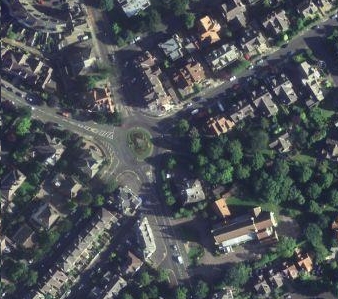 It was the construction of this roundabout and its associated road "improvements" that obliterated any remains of the north-western portal of the tunnel. The south-eastern portal remains on private land, much overgrown and approached via a near-amazonian bog! 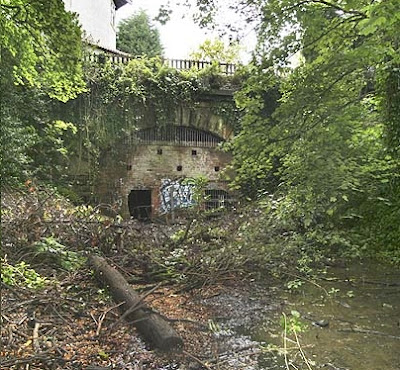 It was at Leeds Road that entrances were constructed when part of the tunnel was rebuilt as an air raid shelter during World War 2. Needless to say this has been explored and explained on-line. 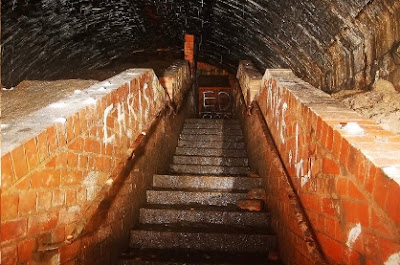 These steps led up to a now-blocked-off exit at the road junction and explorers have created a plan of the subterranean facilities. 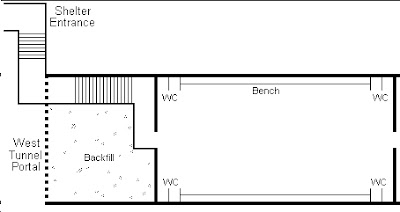 Having emerged from the tunnel, the line then curved north,  along the line of the present Park Drive continuing behind this row of trees on the left. 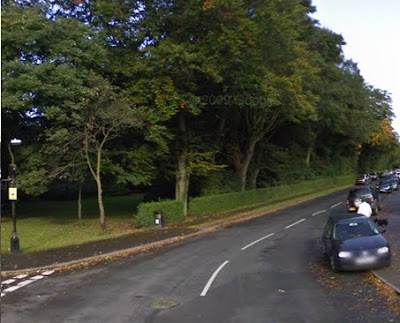 The terminus was roughly where the present Methodist Church was built (in 1879). It was a wooden, single storey building and photographs are rare. 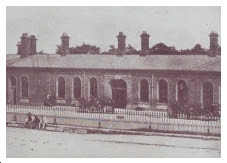 All that remains, on the edge of The Stray and just across the road from the very grand church, ... 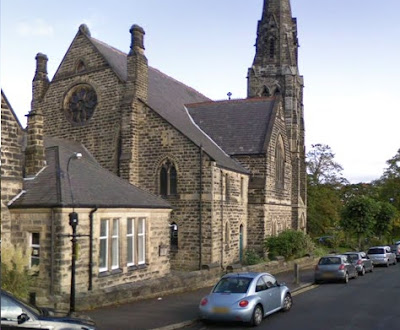 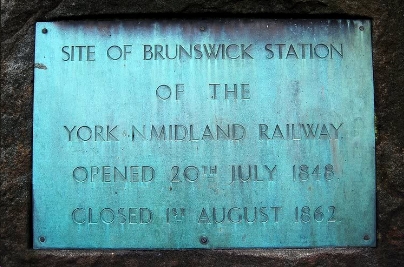 In 1862 the present tracks were opened linking Hudson's line with the new Harrogate station and Brunswick was no more. As usual, it is amazing that a piece of railway history that lasted only 12 years still leaves its indelible mark in the 21st Century.

The name "Brunswick" may well be derived from the neighbouring hotel as explained on this plaque ... 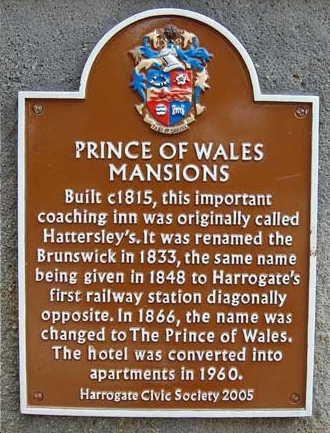 ... and here is the corner of the Brunswick (Prince of Wales) on the left and the spire of the Methodist Church and thus the site of the station on the right.

And finally, here is a map of the line overlaid on a present-day aerial view. 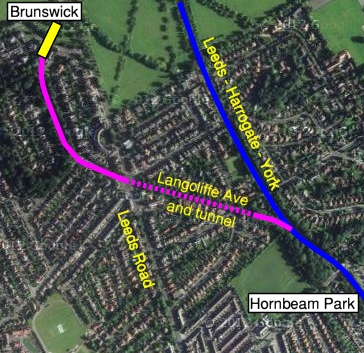 Sadly, after a weekend of nostalgia, there's a lot of eminently bloggable modern "stuff" on the horizon.

Readers have already been warned about the onslaught of on-line publicity for the big timetable and route changes due in Sheffield at the end of the month. So we need to see how much things have improved; as promised to fbb last November at a high level meeting in the great City of Steel Snooker.

Wonder what we will find?


Next Bus Blog : Monday 8th October
Posted by fatbusbloke at 02:30