This was to total content of the company's web site yesterday:-
From the end of Service today, Thursday the 4th of October 2012, RH Transport Services will cease to operate All Oxfordshire County Council Bus Services and School Contracts. Any one who has booked Private Hire's with us should make other arrangements. Oxfordshire County Council are currently working on finding replacement Bus Operators. For further information please contact the County Council's Transport Department 01865 816000 We would like to thank all our Passengers for there Custom over the years. 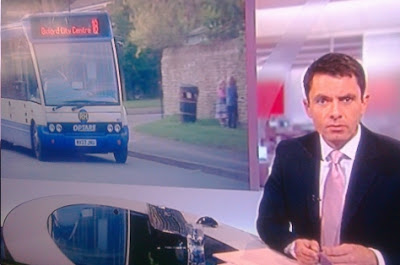 The BBC's "South Today" bulletin at lunchtime yesterday (Friday) made great issue of the problems that schoolchildren faced, whilst illustrating the piece with footage of R & H buses on stage carriage services. Apparently the fact that the latter had also ceased without warning was not considered newsworthy. 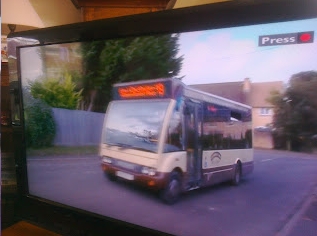 Once again the age-old question has to be asked. Is the policy of accepting the lowest bids for tendered services really in the interests of the general public? What price stability and reliability?

R & H Buses in now in the hands of the Official Receiver.

Meanwhile Oxfordshire has sorted it out and ...
Users of the 14 R & H bus services will travel free-of-charge on Monday 8 October following the inconvenience caused as a result of the family-run West Oxfordshire company having entered administration on Friday October 5. New operators will follow the exact same timetables as the previous RH buses. 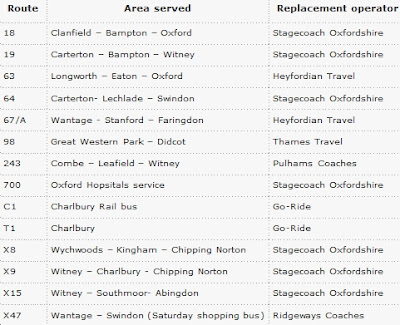 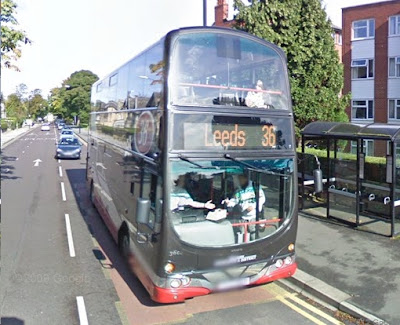 ...crossed by the main Harrogate to Leeds Road. That's easy peasy, it's here near Spacey Houses and with Pannal Station just about visible in the distrance. 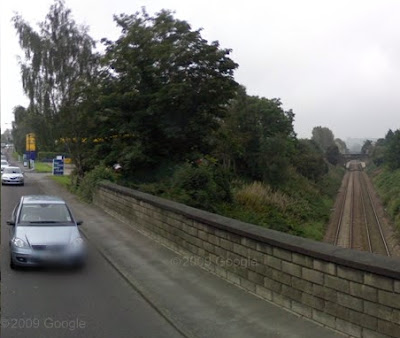 Pannal is an unstaffed halt on the line from Leeds to York, via Harrogate, all  that is left of a much more extensive set of lines reaching out to Pateley Bridge, Ripon, Boroughbridge and Wetherby. Here is Pannal Station in 1900 ... 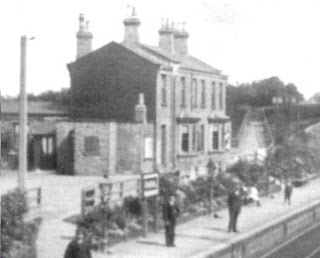 ... and more recently with the buildings much extended and forming the "Railway" pub and restaurant, replacing the former station appurtenances. 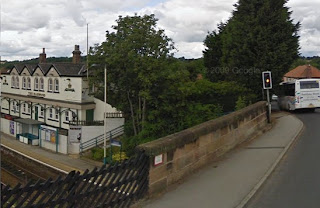 Rumour has it that this building has now been demolished. The villages of Pannal, Burn Bridge and Rossett Green are merged into mainly modern and converted housing, mostly up-market. Traditionally, Harrogate and District and its National Bus company predecessors have provided a service to the area but latterly this (tendered) service has been run by Harrogate Coach Travel as service 110. 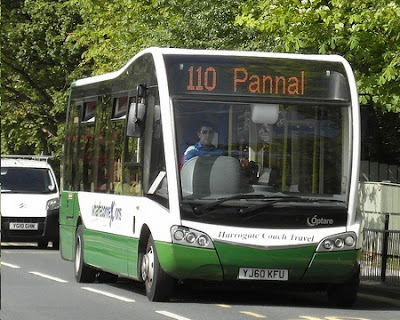 This follows a twiddly route picking up several "odd and ends" of previous services ... 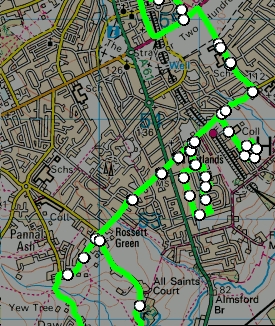 ... terminating in a large one-way loop at Pannal just off the bottom of the map. Traveline's rather weak map system only allows scrolling in "jumps", so fbb couldn't get the whole of the route on one screen. Passengers from property around the station would sensibly take the train or, more likely, the frequent service 36 which travels along the main road (green on the map).

Pannal should not be confused with Pannal Ash which has long been served by a frequent Harrogate Town route, currently the No 6. Indeed, that number dates back to the very early days of the privatised Harrogate and District ... 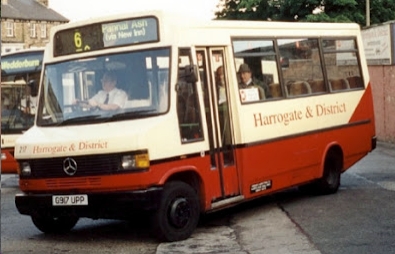 ... nowadays with vehicles of much superior quality. 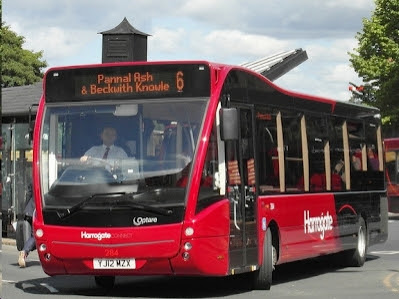 Our intrepid blog readers may like to attempt to match the service 6 map with that for the 110! 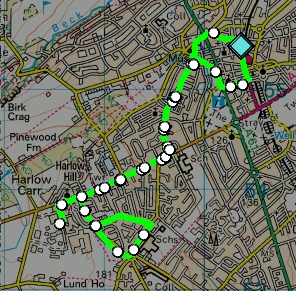 But, going back to the title of this blog, we are looking for a hidden railway, not the one that obviously and currently runs through the town. It was a railway (and a station) that was short lived, but yet can still be traced above ground today. Not only that, but persons unknown have explored the underground bits and fbb will quote some of this intriguing information in tomorrow's blog.

Full timetables for the services that will be provided from November 18th under the Sheffield Bus Partnership scheme have now been published on-line. fbb will assess the material next week.