A couple of weeks back, fbb was railing against Travel South Yorkshire for reneging on its promise their leaflet publicity better with the massive Sheffield Partnership re-organisation (read again). One long term beef is the appalling presentation of the service 88 (and former service 83) to Bents Green ... 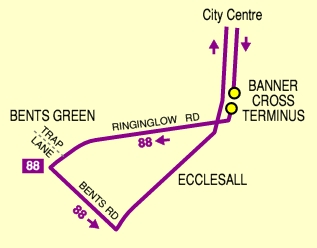 ... with a fake and meaningless terminus at Banner Cross. This produces a daft set of results throughout the TSY system.

The blog produced some challenging responses, some of which are quoted below. One commentator suggests that fbb's arrogance was misplaced and the system was working perfectly:-


On this occasion it would appear that fbb needs to rush off to Amazon and buy a copy of Electronic Bus Service Registrations [EBSR] for Dummies. Stagecoach have been a leading promoter of EBSR and indeed, throughout the country all of their bus service registrations are supplied in this format to VOSA, PTEs and LTAs; no paper copies at all.

fbb has contacts in various bus companies, PTEs and Local Authorities and the off-the-record attitude to electronic registrations is that it is (a) a disaster and (b) involves far too much work. Certainly fbb's previous blog on the subject showed how unnecessarily complex and over engineered the system is. 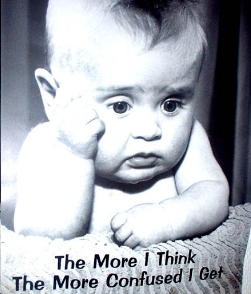 One of the widely stated reasons for doing this was because they wanted to remain as ‘owners’ of their data and have it presented in the format they supplied it in.

If this is the case, why do some Stagecoach printed timetables show loop journey correctly and sensibly? 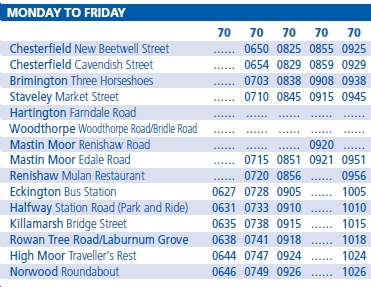 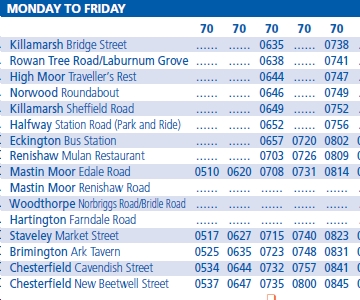 The idea that Stagecoach wants to present timetables in a way which confuses and misleads the public is so farcical as to be hardly worth considering. The more likely explanation is that nobody bothers to think.

Take a look at the Stagecoach Yorkshire website, check out the current 83 and 88 timetables (the new ones are not available yet) and ‘Hey Presto!’ the journeys on their own timetables terminate at Brincliffe Edge Road, Banner Cross. It would appear that the good people at SYPTE are merely carrying out Stagecoach’s wishes.

There is no obligation, in law, for any bus company to produce a printed timetable. There is no reason why SYPTE should publish drivel, just because Stagecoach chooses to output it from their weird and badly programed confuser system. Once upon a time, it was a requirement for every bus to carry a copy of the fare table and the timetable for that journey. This presumably no longer applies as fares are hidden deep in the bowels of electronic ticket machines.

Stagecoach are correct. EBSR cannot handle loops per-se, because the duplication of information required would otherwise legally commit an operator to run duplicate journeys, (as is strictly the case with many paper registrations...except bureaucracy appears to make allowance for these aberations on paper registrations whilst the guidelines specifically bar them in electronic ones).

It is clearly a non sense to even suggest that common sense can be pushed aside by some poorly designed piece of electronics.  There is absolutely no electronic reason why a simple piece of code can't be written which allows "the system" to ignore duplicated information on terminal loops for (supposedly) legal purposes. Likewise an instruction to suppress duplicate data could solve the problems of "real time" displays. It could be written by a reasonably competent schoolboy.

What a terrible shame. How absolutely awful to expect a human being to edit and produce a timetable page for the use of other human beings. If this happened, the timetable might be (a) right and (b) useful to the passenger. That would never do!

... something that everybody took for granted wouldn't be the case. However, the advantages to downstream users such as RTI providers, PTI sites etc etc (in terms of easy access to stop-specific information) by far outweigh the disadvantages.

So here is an example from the new Sheffield Network showing all the advantages (?) of over-prescriptive electronic registration. 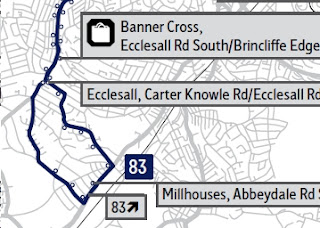 The new 83 has a large terminal loop from Ecclesall, anti-clockwise via Silverdale Road (previously unserved by bus) and Dobcroft Road to Millhouses. The buses then return via Springfield Road, roughly replacing previous route 4 (hourly) with a much enhanced 20 minute frequency. 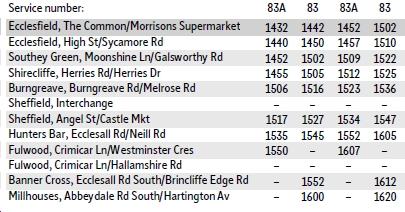 The printed and on-line timetable offers no help with the route and simply terminates journeys at Millouses. To continue round the loop you need to look up the reverse-direction tables.

And if you try to extract a Traveline journey  from Silverdale Road (half way down the left hand road on the one way loop) ... 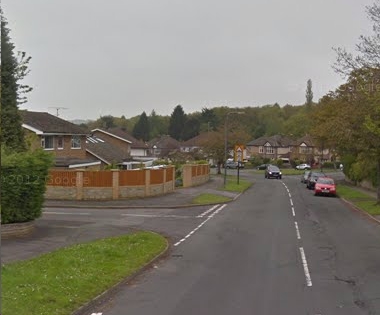 ... to Sheffield Centre, you get this sort of answer:-

A 14 minute walk to frequent services at Ecclesall. The through bus takes longer so is ignored. Other options involve a change to a service 97 or 98 bus at Millhouses and thus the direct route into City. Because the loop is not shown "correctly" the burden of a 20 minute wait at Millhouses for the next 83 means that a sensible through trip on one bus is never found. [unless Ken Traveline-Dorset can make it happen!]

Of course, if you were to use the xephos system ... 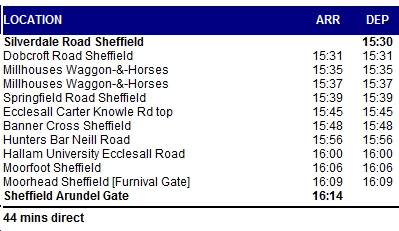 The clever programing offers a choice of the through journey by service 83 or ...

... a change at Millhouses. With properly managed data, it can be shown properly.

And at some time or other in the future it won't be optional - there will be no paper registrations; kudos then to Stagecoach for getting in on the ground floor ...

... and making life difficult for everybody!

Sorry that this blog has been a bit technical, so here is a nice picture of days gone by when ... 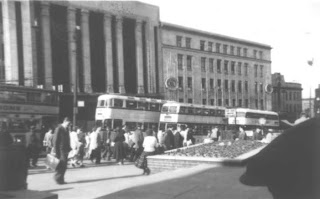 ... timetables were simple and stable and you could ring up a man at the office who would tell you exactly what you wanted to know. And it would be right because "the man" would be a regular bus user who would be taught where and when the buses run.

Next Blog : Thursday 1st November
Posted by fatbusbloke at 02:00