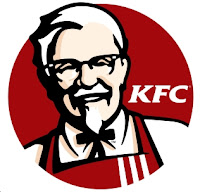 Co-incidentally, it was almost exactly 40 years ago that a not-so-fbb enjoyed (?) his first KFC. It was a further treat from a delightful young lady who had just spent unimaginably huge amounts of cash on two tickets (£2.20 each!!) for "Godspell" in the West End. The show starred a youthful David Essex as Jesus and a relatively unknown Jeremy Irons as John the Baptist. 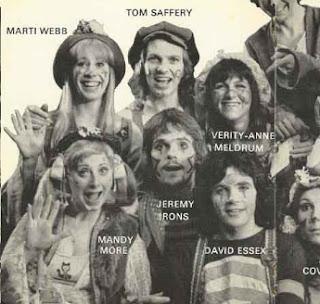 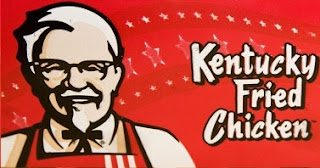 ... and Colonel Sanders was much more obvious in the advertising. The "restaurant" (even then, only a take-away) was in West End Lane (possibly?) somewhere here ... 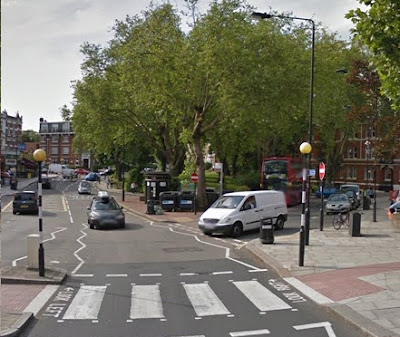 But the KFC of our heading has absolutely nothing to do with tasty chicken snacks; it is part of the registration of a bus, this one ... 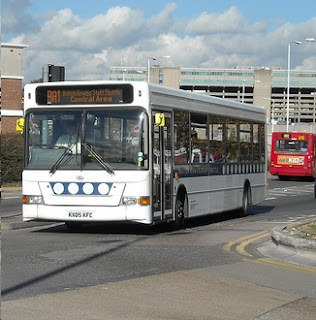 ... KX05 KFC working for Central Parking at Heathrow Airport in 2005.  Phil Stockley's Velvet Bus operation in Eastleigh has hired vehicles from Dawsonrentals, one of which, KX05 KFC, was "enjoyed" by fbb on Eastleigh local service "C". 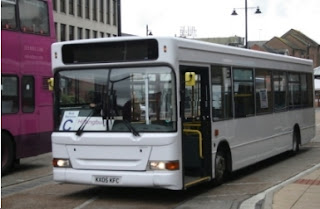 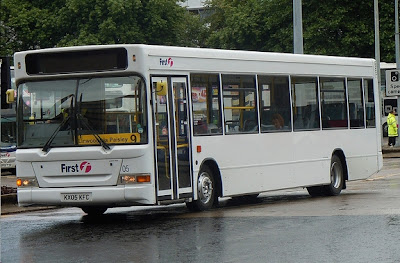 ... Paisley and Linwood via service 9. At some stage the bus spent a while in Norfolk and Suffolk with Anglian and operated the 580 as featured in last Sunday's fbb blog (read again). 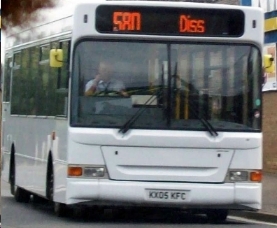 Then, as recently as August of this year the little white bus was adorned with a sticker for the "Green Bus" operation in the Birmingham area. Known mainly for its school services, the company also runs a smattering of local services. 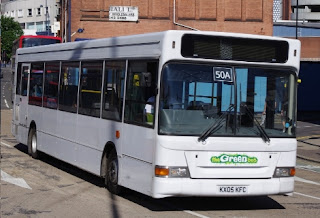 For those less familiar with the West Midlands route network, the 50A trundles at irregular times from Birmingham Centre via Wythall to Redditch. 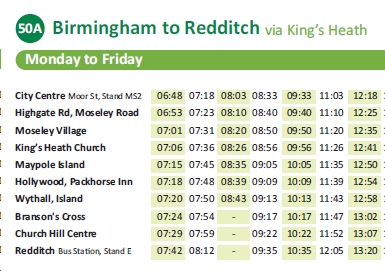 Intriguingly, only a few weeks later, our friendly single decker is working for Meridian Bus in Northampton ... 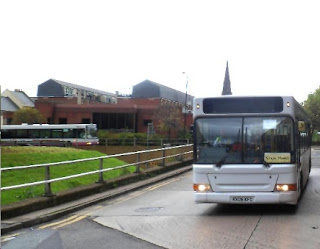 ... where it is off to Kings Heath on service 31 providing some competition for First's similar 29 and 30. 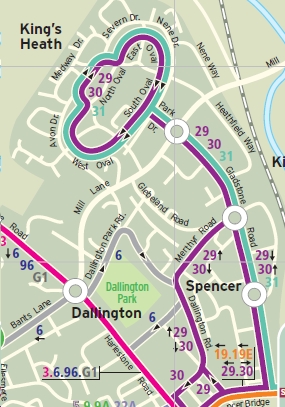 At least that's what Northampton observer Alan thinks; as the bus was wearing no evidence of its owners' identity. We say intriguingly because, although the bus began its life at Heathrow Airport it is registered KX, in Northampton! Dawsonrentals do have a depot at Olney with, although it is in Buckinghamshire, is near to the relevant vehicle licensing office in Northampton; perhaps that is the explanation?

The whole history of this vehicle recognises the growth of bus rental, some of it very short term, to cope with unforeseen circumstances. Of course, hiring vehicles happened in the good old days as well; but vehicles were usually borrowed from a friendly neighbouring operator. Did we say neighbouring? 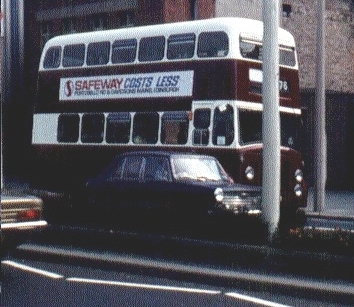 Sheffield Transport borrowed from Huddersfield, Northampton and Edinburgh in the early 70s (late 60s?) to cover for remedial work on a batch of new vehicles. 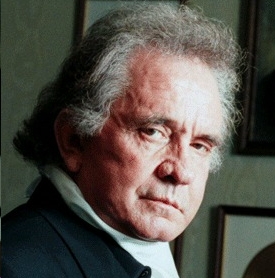 
Next Bus Blog : Sunday 12th October
Posted by fatbusbloke at 02:00