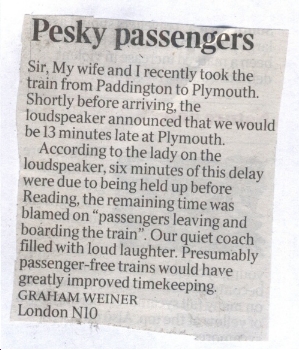 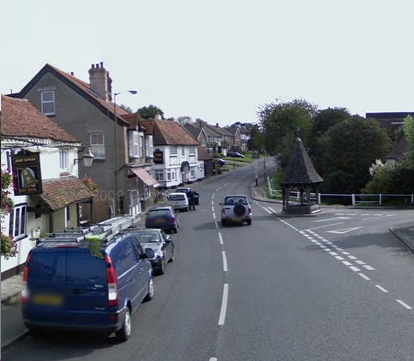 Our journey from Hemel Hempstead's sixties sprawl on service 352, enjoyed a week or so ago by fbb after a fascinating visit to Bletchley Park, begins at Bovingdon. 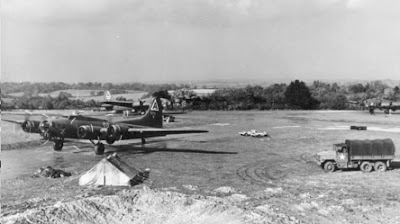 Once celebrated for its WW2 airfield, later used (and still used) for filming nostalgic wartime scenes, the village's main claim to fame now is as the site of "The Mound" or H M Prison Bovingdon, seen here with Arriva bus service 52, now service 353. 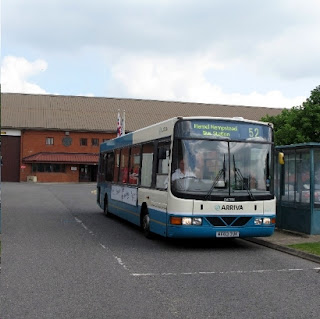 The little village well (in the first picture) used to be surrounded by three pubs, now reduced to one. 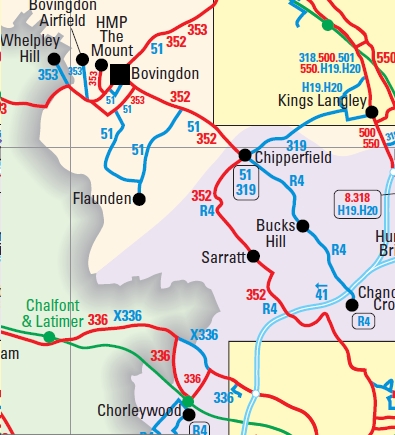 Our very rural ride takes us via Chipperfield, typically picturesque but spoiled by a huge used car "lot" (seen here, creeping into the left of the pretties.) 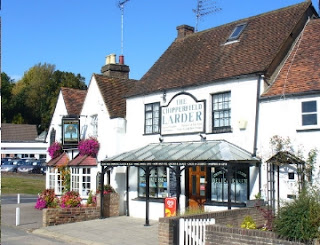 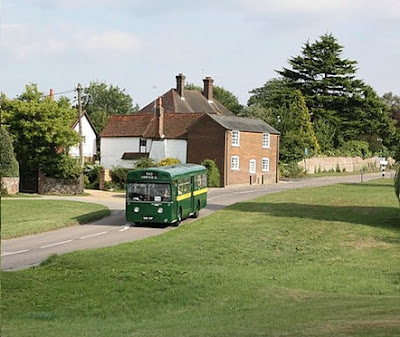 A few more twiddles and narrow bits and we arrive, totally unannounced, at ... 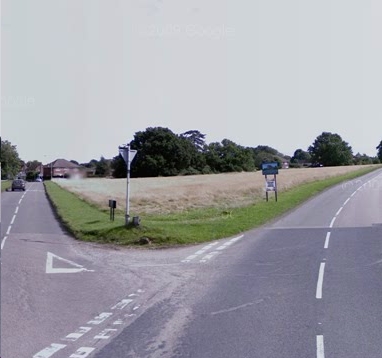 ... Croxley Green. Yes, folks, this is really where it's at. This is the real Croxley Green; scene of many local high jinx, fun and frolic, typified by the annual Croxfest ... 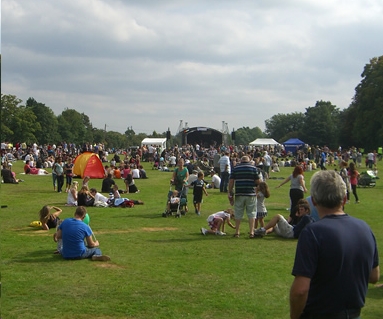 ... not quite Woodstock, or even the Isle of Wight, but most definitely a good time time. 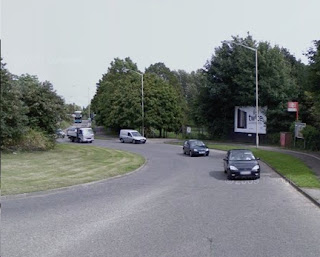 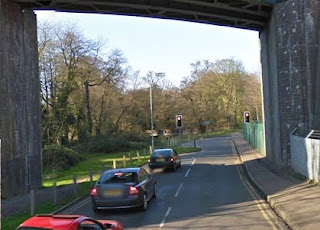 to call at Watford Met (Metropolitan) station before terminating in the delighfully peaceful Watford town centre.

A couple of real positives on this journey. At most significant bus stops on this very quiet run (passenger count throughout the journey, including fbb, was 8) there were timetable frames with timetables, not departure lists, inside. Example at Bovingdon. 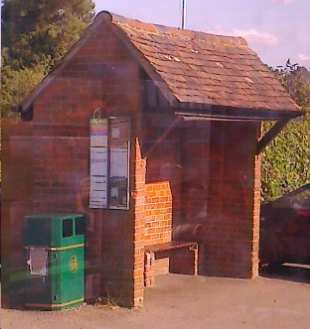 Also in the centre of Watford, fbb was able to observe two constables dispossessing a "gentleman of the road" of his cans of lager by pouring the contents down the drain. The centre of the town is an alcohol-free zone. 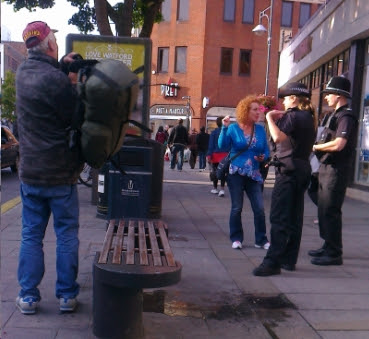 The consequences of this enforcement action can be seen at the bottom of the picture! There are also on-the-spot fines for dropping litter, so be careful. 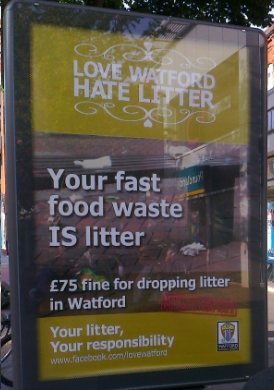 fbb guesses that not many of his readers would expect a scenic back-road rural run in Herfordshire. There are others available, but the 352 is one of the best. Try it for yourself one day. You will enjoy the ride. 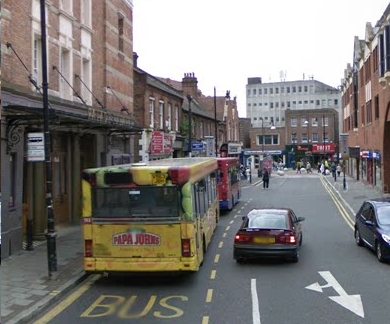 .
Fat Bus Bloke's Bible Blog is back today.
And Darwin seems to be winning! (read here)
.

Next Bus Blog : Wednesday 3rd October
Posted by fatbusbloke at 03:07