STOP PRESS
fbb has got it wrong again!
Corrections to this blog will be added tomorrow.
This e-mail has been "doing the rounds" in Sheffield's "superior" S10 postcode area ...
A petition is currently being organised by David Crossley and others in Ranmoor, Fulwood and Lodge Moor, over the recent changes to the 120 bus route and bus stops, and David has requested that the matter be brought to the your [a local Forum] attention.
The issue is that, with the removal of the 40 bus ...

fbb comments : not "removed", but merged with the 120 to give a fully integrated and co-ordinated timetable with inter-availability of some fares between First and Stagecoach.
.
... the 120 bus is the only route which carries passengers from the S10 area to the railway station. Previously, the bus stop for the station was in the Sheffield Interchange; however, it has now been moved out of there to the back of Pond Street which is further from the station, and is a less congenial place to wait for the bus.

fbb comments : on journeys to Fulwood the 120 stops in Harmer Lane just outside the bus station buildings ... ... close to the walkway from the station and closer than the previous stand; BUT the "time point" (where the bus waits for its advertised departure) in in Flat Street. There are NO stops in Pond Street! 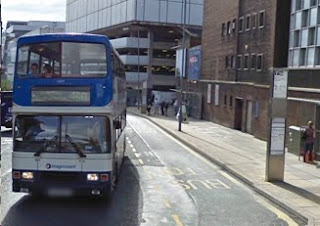 The petitioners are right, however, to point out that neither of these stops offers the comfort (?) and seating of the enclosed bus station waiting area.   On journeys FROM Fulwood, there is a stop in full view of the station entrance. 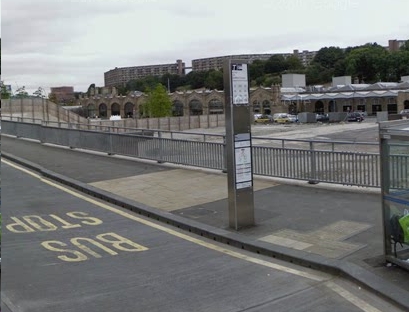 Compared with many Sheffield residents, the "hard-done-by" populace of posh Fulwood have excellent access to the trains. 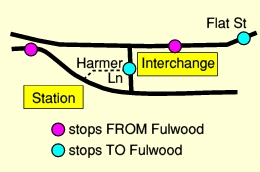 fbb wonders, idly, what percentage of the petitioners actually travel to and from the station?

In addition the 120 bus stop which used to be opposite the Cathedral has been moved.

fbb comments : moved about 30 yards (!) but to a more crowded area of the High Street. Neither stop is particularly comfortable at busy times.

There are other issues resulting from the July re-organisation of bus services and fares but the petition organisers are pressing the Interchange and Cathedral points while others are pressing for alterations to the new fares structure.
The Forum will discuss the matter at its meeting and take a view on whether representations should be made to the South Yorkshire Transport Authority. However, if you cannot attend the Forum meeting but would like to support the S10 petition a copy can be forwarded to you. I understand the deadline for collecting signatures is September 30.
... and the petition has now been delivered. So the natives, although somewhat economical with the truth, are obviously less than happy.

Meanwhile, in a gesture of friendship and co-operation, Stagecoach has allocated its new "green" green hybrid buses ... 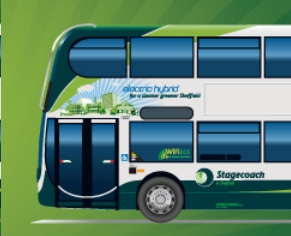 ... to the service 120 in a rather obvious "competition by quality" move against their "partner".

These vehicles do show up the obvious deficiencies of  First's vehicles and livery. 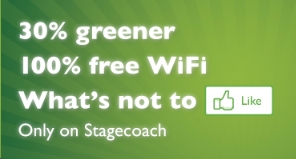 A very subjective period of observation during a recent visit "oop north" revealed very little evidence of the astounding benefits of  "Optio". There were large Optio logos on some shelters, but very little else; nothing dramatically distinctive on the buses and not a lot about the two "joint" fares.

Certainly the scheme is not as useful as it could have been, as fbb has already blogged (read again)

At the end of October we are promised the next stage of the overall Optio outpouring. Service 52 goes "Optio Red". In due course, when the publicity is fully released, fbb will be there, in the forefront of transport journalism, to report on the radical rubicund reorganisation.

Next blog : due Wednesday October 12th
Posted by fatbusbloke at 06:41