And the station as well. 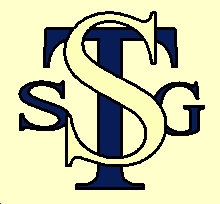 
This Arriva bus is trundling down the main road past Bedlington Station co-op.

If you don't believe it, then a just along the road is Bedlington Station Library. This station must be very important to have its own co-op and library ... 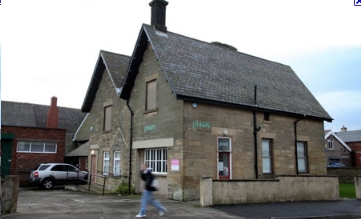 ... for the time being. The library hit the local headlines recently because, due to the all-pervading financial crisis, it is likely to be closed. So there are protests. 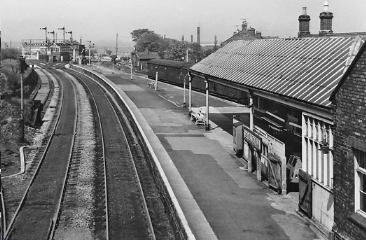 Similarly, near that famous francophile settlement, Hart Le Pool, (?) is Hart Station. The community, separate and distinct from plain "Hart", retains the name although the station closed in 1953. 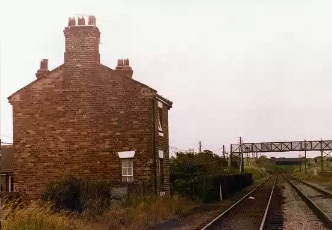 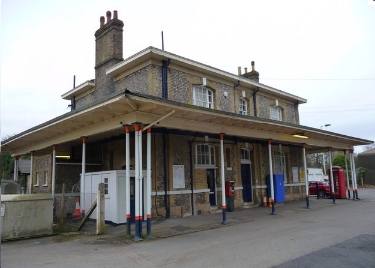 Which brings us to this quirky Scottish sign and the sad saga of the missing ferries.

Again there WAS a ferry there, but now no longer. Presumably to prevent determined tourist types from plunging into Loch Carron to swim across to Strome Castle ... 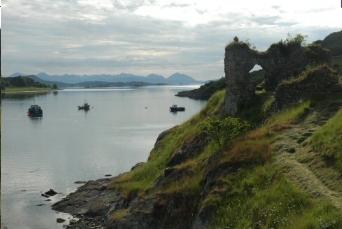 ... when the errant boat fails to materialise, the canny Caledonians constructed this confusing sign.

All this circumlocution is prompted by a remark from Barry, fbb's timetabular colleague. Barry was discussing the recent blog-saga about Dagenham Dock (There were five such blogs; to start again at No 1, click here) and proffered this suggestion. "Why don't you write about the Rainham Ferry?" That's Rainham on the eastern fringes of the Metropolis, in greater Romford; NOT Rainham in Kent. 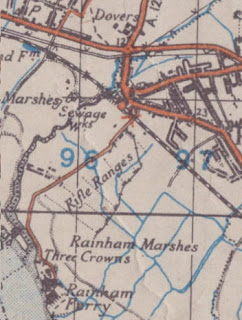 But Rainham Ferry has since been expunged from existence!

So what delectable delights could be discovered there in the past? Morris men disporting themselves on the village green outside the Three Crowns? Waterside picnics in the searing heat of the British Summer? Cross river excursions to the wooded uplands of Kent? Or simply "workpeople" wearily wending their way over the tranquil waters of the Thames?

Next blog : due Wednesday October 5th
Posted by fatbusbloke at 03:56